When three Norwegian computer scientists set out to tackle loneliness, they had no idea what they would end up developing. They started with the problem and worked from there. In just over two years they have a robot that is reducing isolation for severely ill children and young people with more than 360 users. At the other end of the age spectrum, they also now have a device for tackling isolation among elderly people.

“We’ll see what’s next but the only thing we know is that we will always start with the problem and then figure out what to build,” says co-founder, Karen Dolva.

No Isolation is the company that the three set up in Oslo in mid-2015. Although originally expecting to tackle loneliness among the elderly, as they looked at the wider picture their first focus shifted to finding a way for children and young people with long-term illnesses to stay connected with their schools and friends.

The result was AV1, a telepresence robot that went into prototype in early 2016 with an initial 25 young people. There was collaboration with the University of Oslo and the country’s two largest hospitals. Everything was built by the team, using a 3D printer for the plastic shell and with a number of components, including the camera.

AV1 resides in the schoolroom, linked to the young person who can control it through an app on a mobile device. It is essentially the student’s eyes, ears, and voice in class on the days when they can’t be physically present. The student signals that they want to speak by instructing the top of AV1’s head to blink. The robot can turn 360 degrees so that they can see and speak to all of their classmates. All data that travels between the user’s device and AV1 is encrypted and nothing is stored.

There were a number of lessons and refinements from the prototype stage, says Karen. In particular, the initial users, typically bed-bound, did not want to be seen from the classroom so the AV1 screen was removed. A blue light on top of the robot was added, which means the pupil is still watching and listening but does not want to be disturbed. A ‘whisper button’ allows them to communicate with individual friends. 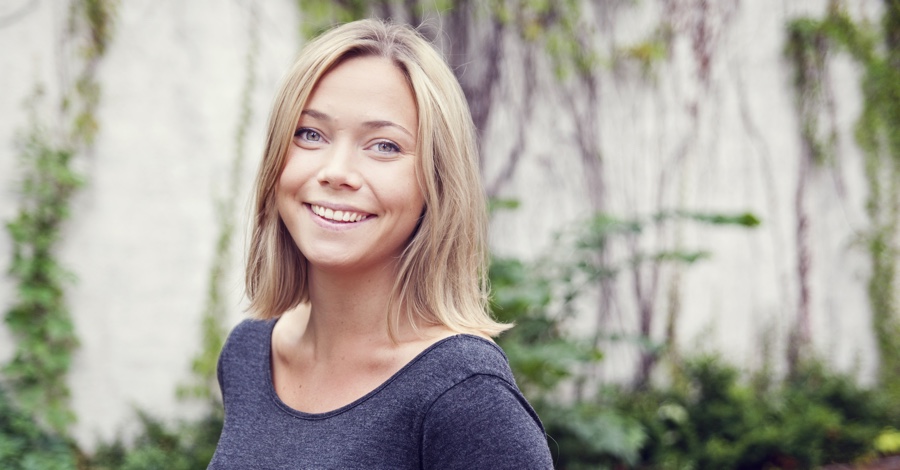 Coming up with the prototype was reasonably straightforward, says Karen. “Mass production was a much bigger issue, it was a different ball-game.” The aim was to keep production as close as possible to ensure that everything is done in a sustainable way. Assembly is now carried out in a factory on the Norwegian coast that used to build components for oilrigs (a declining business). The plastic was initially sourced from China but is now made in Ireland.

Around 80 per cent of sales of the robot have been to schools, with others to charities, such as the Children’s Cancer Foundation in Sweden. Not only does it allow the pupil to stay connected, it also eases their transition back into school when they are ready. As well as sales in Norway and Sweden, AV1 also now has takers in the Netherlands and the UK (around 20 in the latter).

It is sold on a lease basis, with unlimited use, for around £1000 per year. No Isolation itself was set up with initial funding of €800,000, mostly from ‘angel investors’ (the three founders already had contacts as they had been part of Norway’s start-up community for some time) followed by a seed-funding round of €2.2 million. 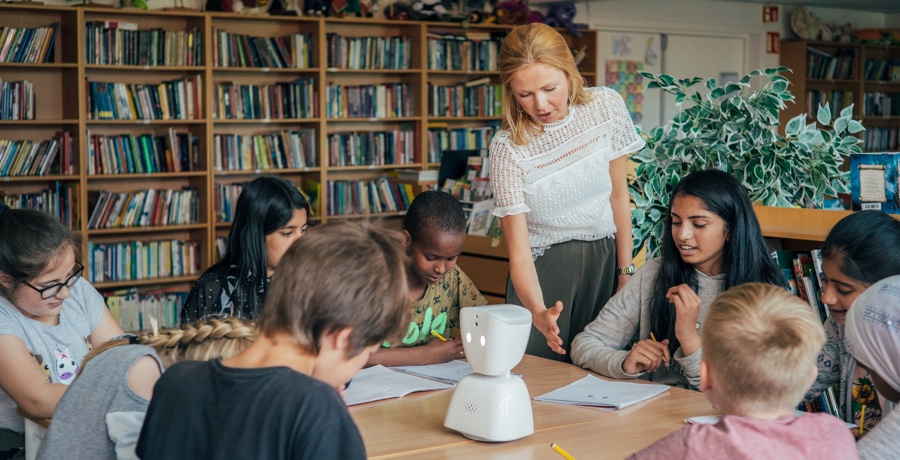 Next has come KOMP, which has had a “soft launch” after a pilot in the second half of last year with the Norwegian Cancer Society involving five 80+ year-old users and 17 family members, sharing 2000+ images and messages.

There has been a degree of caution, says Karen. For the 75+ age range, “every technology they have been given has not been developed for them, so they are very skeptical… once you do something wrong, they tend to put the tool away and feel it is not for them”.

Once more, the team worked from the problem rather than from a preconceived idea about the solution. It is a screen with a single on/off button that also controls the volume – so similar, Karen points out, to an old radio set.

Via an app, an unlimited number of family members can share their content and do video calls. They can set, via the app, how long any content should stay visible, such as for a day or two or indefinitely, and it is displayed on a loop on the high-contrast screen with large text.

Karen expects a full launch in the Nordics, with assembly in the existing factory and with plastic again sourced from Ireland. Based on feedback from the prototype, she expects there to be a remote control and there will be a roll-out of additional features, starting with weather forecasts, with these set via the family members’ apps. It is likely to come with a one-off price, around £1000.

There is huge potential demand for the current products but also plenty of other isolated groups that the team might turn to next, including elderly people who do not have a support network of family members. Karen also cites immigrants, new mothers, newly divorced, widows and widowers, and new students. She does not expect the existing products to be tailored for other groups as they are so honed for their particular demographic.

It will be fascinating to see where the team heads next as well as to watch the uptake of AV1 and KOMP. The reaction has been highly enthusiastic so it could be a challenge to satisfy demand, particularly as they move into other geographies, but that is a nice problem to have. And the team is clearly already looking at where technology can be similarly applied to crack this most taxing of current issues – how to combat loneliness, in all its different forms.