The Belgian city that embraces diversity

“We still have lots of problems, it is not a paradise, we have our failures,” says Bart Somers. Nevertheless, Mechelen has undergone a remarkable turnaround in the last 15 years or so during his time as mayor. This was recognised on the international stage a year ago when he was voted World Mayor 2016 for the city’s work in welcoming and integrating immigrants.

It is important at the outset to note that the challenge was one that Mr Somers grasped when he was elected in 2001, so it was not a reaction to the refugee crisis of the last couple of years. This meant that the building blocks for a fairer, more welcoming city were already in place. It was the only Belgian city to request refugees in 2015 in response to the influx, taking in 200. And in a country that has seen more people head to Syria to fight for ISIS (Islamic State) than any other, not one person from Mechelen is believed to have done so.

Mr Somers admits that Mechelen was sometimes viewed as “a city in despair” with lots of problems. Back in 2001, there was no way that ISIS and the migrant crisis could have been predicted, he says, but he was confronted with the more generic challenges of a very diverse city in which residents of North African origin make up 28 per cent of the 86,000 population. One in two inhabitants were not born in Belgium and the city spans around 138 nationalities.

The streets were dirty, there was graffiti everywhere, there were problems with personal safety and nearly 30 per cent of people voted for an extreme right-wing political party when he was elected.

There wasn’t any naivety, he says, there was a recognition of the need for police intelligence but the aim was to move away from repression and polarisation towards an inclusive approach which would make everyone a citizen. “We see diversity as a value”.

The initial priority was to restore the rule of law and to make Mechelen a safer, cleaner city, in parallel with building a new culture that did not speak to someone as, for instance, Muslim or non-Muslim but as a citizen of the city. 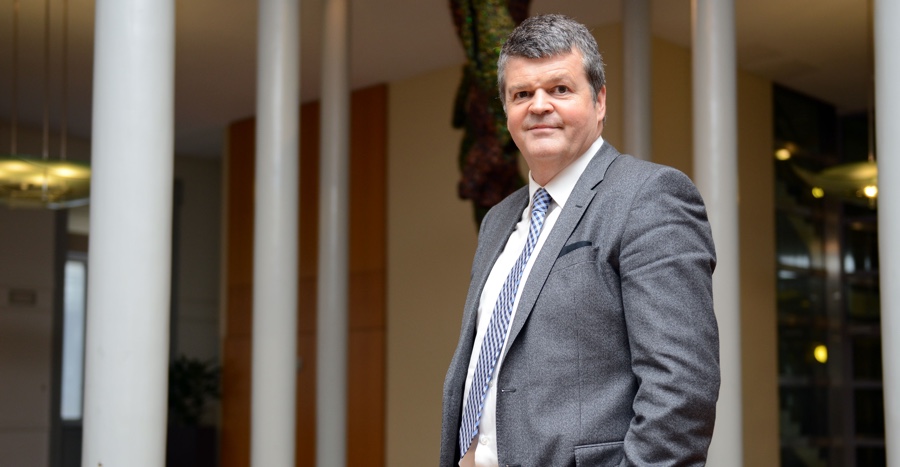 It has been intense work, year on year, but it has paid dividends. The ability to counter fundamentalism is evidence of this. The fact that no one travelled from Mechelen to Syria made no sense from a statistical perspective, says Mr Somers. It lies between Brussels and Antwerp, both of which saw an exodus.

He feels that a large part of the explanation is the climate that allows people to talk to the administration or the police when they are concerned about a friend, neighbour or family member being attracted to a radical ideology. “We consider it more as a citizen with a problem and what is needed in the first stage is help to bring them back on track… if we can find it at an early stage, we can intervene at an early stage.”

Although the country often gains a bad press, radicalisation is not a Belgian problem, he says, it is much broader. “There is no silver bullet but in Mechelen we tried to prove it is possible and you can be successful to manage it in a positive way”. The importance of integration is often under-estimated, he believes. Polarisation, perhaps fermented by jealousy, can spread rapidly. A truly open and inclusive city can change the culture.

Breaking Down the Walls

“As the local government, we can try to break through the walls of segregation.” It has invested in the poorer neighbourhoods to attract a mix of residents to these and, similarly, it has worked to reduce segregation in schools and youth services so that they have mixed intakes.

Employment is still a work in progress, Mr Somers admits, so too housing and the police. The city’s administration now has around 20 per cent of its workforce from an ethnic background so isn’t yet “a mirror of our society” but is getting there. Police recruitment is a national responsibility but also needs to move into parity with the society that it serves.

With private companies, Mr Somers would like to find new tools to identify discrimination. A lot of companies are fine and it is illegal to discriminate but how do you prove this, he asks. Sometimes a form of ‘mystery shopper’ is used if there is a suspicion, typically using identical or similar job applications from people with different backgrounds to test the evenhandedness but Mr Somers would like to find a way to make this more rigorous.

There have also been some creative steps over which the local authority has complete control. “Symbols are important in public life,” says Mr Somers. For Mechelen, as for many Belgian cities, its family of giants that are wheeled out for processions are part of its heritage. There are now two additions, Amir and Moa, North African and black African giants. There was an aim to bring in symbols that bind people together and the giants “are a beautiful example”.

Similarly, in 2014 the city decided to celebrate immigration on the 50th anniversary of a Belgian government agreement to take in workers from Morocco and Turkey to work in its industry. “We celebrated it, we are proud of it, those people made us what we are.”

And along the same lines, the city now has a monument to remember the Armenian genocide (there is a sizeable population of Armenian descent in the city) and it is considering a monument to the Syrian people as well, says Mr Somers. It is also planning a remembrance plaque on the building that was the city’s first mosque. “These are small stepping stones to make diversity a part of our DNA, of our identity.”

“As the local government, we can try to break through the walls of segregation”

When Mr Somers was growing up in Mechelen (he is 53) it was a “classical white city” but within one or two generations “there has been a very drastic change in the way our city feels and looks. We must not only accept this, we must embrace it.”

His family can be traced back to 1520 in the city so he is at least the 17th generation to reside here but he is the first generation of a multi-cultural Mechelen, he says. “So I and all of us have to integrate, it is here, it is reality and it isn’t a one-way street.” He has no more right to live and thrive in the city because his parents and grandparents were born there than anyone else, he says.

It seems clear that day-to-day actions, long-term strategies, cultural statements and systemic change are all part of the mix. It adds up to a positive narrative in which everyone has hope of improvement. The World Mayor award was a surprise, says Mr Somers, and has typically gone to “much bigger and more important cities than Mechelen”. But what this Belgian city lacks in size, it more than makes up for in many other ways.
By Martin Whybrow|2018-02-14T15:02:24+00:00Feb 14th, 2018|Society|0 Comments