Beyond GDP: A timely call for a major reboot

In these extraordinary times, it is understandable to question what should be society’s priorities when some form of normality emerges. There will be a battle between those who want business as usual as soon as possible and those who want a much fairer, greener reboot. The answers will vary from country to country, state to state, city to city. For every hopeful C40 Cities statement of principles “to build a better, more sustainable and fairer society out of the recovery from the Covid-19 crisis” (https://www.c40.org/), there are the usual suspect “leaders” spouting a different mantra.

Part of the traditional way of doing things has been Gross Domestic Product (GDP) as the key measure of success. However, GDP does not enhance life satisfaction, alleviate poverty, or protect the environment. Received wisdom is that the absence of growth in capitalist economies generates strong tendencies toward unemployment and deepening inequality. However, as the pandemic has shown, there remain huge inequalities and much of the employment that exists is of an extremely fragile nature, with little or no employee protection.

As such, it is a timely moment for Positive Money to publish its report, “The Tragedy of Growth” – https://positivemoney.org/publications/tragedy-of-growth/. Funded by the Joseph Rowntree Charitable Trust and with vocal support from a number of UK MPs across different parties, its message is clear: To protect wellbeing and avoid ecological disaster we must abandon GDP growth and transform our economic system.

The Problems with GDP

Criticisms of GDP as a metric are now common. The World Economic Forum, OECD and European Commission are among mainstream institutions and economic thinkers supporting ‘beyond GDP’ programmes. The governments of Scotland, New Zealand and Iceland (arguably also usual suspects, but of good practice) have united in a ‘Wellbeing Economy Governments’ (WEGo) group aimed at incorporating wellbeing indicators into the policy process. Wales has its Future Generations Act and there are individual cities, including in China, that have abandoned GDP targets.

In the UK, there is an All-Party Parliamentary Group on Limits to Growth – https://limits2growth.org.uk/.  And cross-bench peer and Founder/Editor-in-Chief of The Big Issue, Lord Bird, has tabled the Future Generations Bill as a private member’s bill in the House of Lords.

The Positive Money report calls for a complete abandonment of publishing GDP figures by the UK Office for National Statistics (ONS) and for the UK Treasury to stop targeting GDP growth. This would be a major u-turn: “While the flaws of the GDP measure are being increasingly recognised, the grip of the growth paradigm remains deeply entrenched across pretty much all sectors and organisations,” the report states. 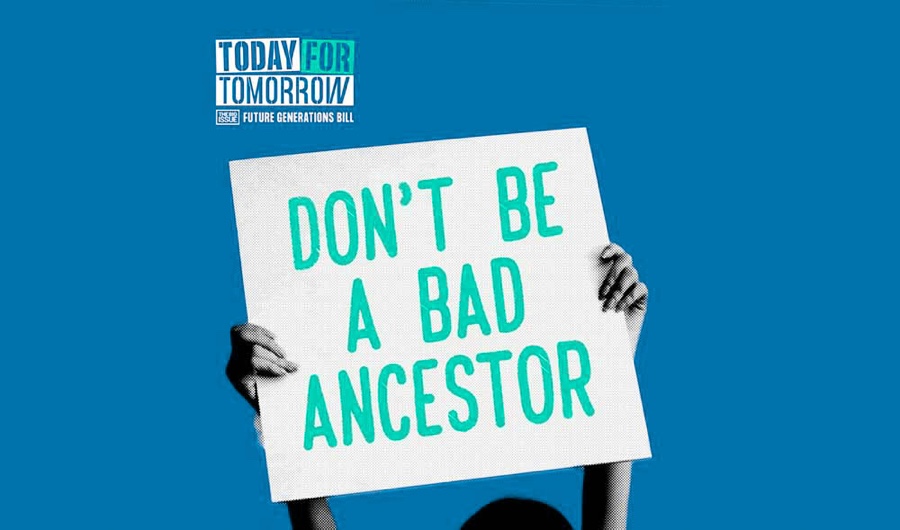 What also makes this report stand out from much of what has gone before is its detailed recommendations for alternative economic structures that would alleviate the need for GDP growth to temporarily fend off financial, economic, and social crises. In this, the authors seek to unpick the building blocks that got us into this mess in the first place.

At the heart of the growth imperatives are monetary systems based on interest-bearing debt. Among the key measures put forward are a universal basic income issued via a central bank digital currency; a direct clearing facility; public banks; and “modern debt jubilees” leading to a post-growth money and finance system.

Overarching this would be a dashboard of indicators including factors such as life expectancy, health, education, carbon emissions, and material use. The report states: “The process of creating and incorporating the dashboard into the policy process will be most fruitful if grounded in a coherent wellbeing framework that defines wellbeing as the satisfaction of fundamental human needs”.

First, extensive analysis of countries across the income spectrum has consistently found no positive relationship between GDP growth and life satisfaction. China is a prime example – real GDP has grown at an unprecedented rate in the last two and a half decades but reported life satisfaction has not grown at all.

But isn’t growth an effective means of alleviating poverty? In reality, growth drives economic injustices, borne by the world’s poorest. Much of the GDP growth in low-income countries in recent decades has come from shifts from informal to formal economic activity, rather than a reflection of any increase in the provision of new goods and services to the poor. Most importantly, such shifts have involved increases in inequality, often “accompanied by a loss of local community and subsistence agriculture, as well as migration of farmers to urban slums, with predictable negative consequences for food availability, health and quality of life” (Jeroen van den Bergh, The GDP paradox. Journal of Economic Psychology – https://dnr.maryland.gov/mdgpi/Documents/GDP_Paradox.pdf).

And growth drives a continuous increase in environmental pressures. There is the counter-claim that environmental degradation increases until a certain GDP per capita after which it begins to decrease as GDP per capita continues to rise. However, economic growth requires natural resources as input and inevitably has waste at the other end of the production and consumption process.

A common claim is that since 1990 the UK economy has grown by over two-thirds while carbon emissions have fallen by 40%. Crucially, of course, this number does not take into account the embodied emissions in the UK’s growing volume of imported goods. If emissions are measured on a consumption basis, the illusion of any absolute decoupling quickly disappears. In 2019, the European Environmental Bureau in a comprehensive literature review concluded that there is “no empirical evidence supporting the existence of a decoupling of economic growth from environmental pressures on anywhere near the scale needed to deal with environmental breakdown”. 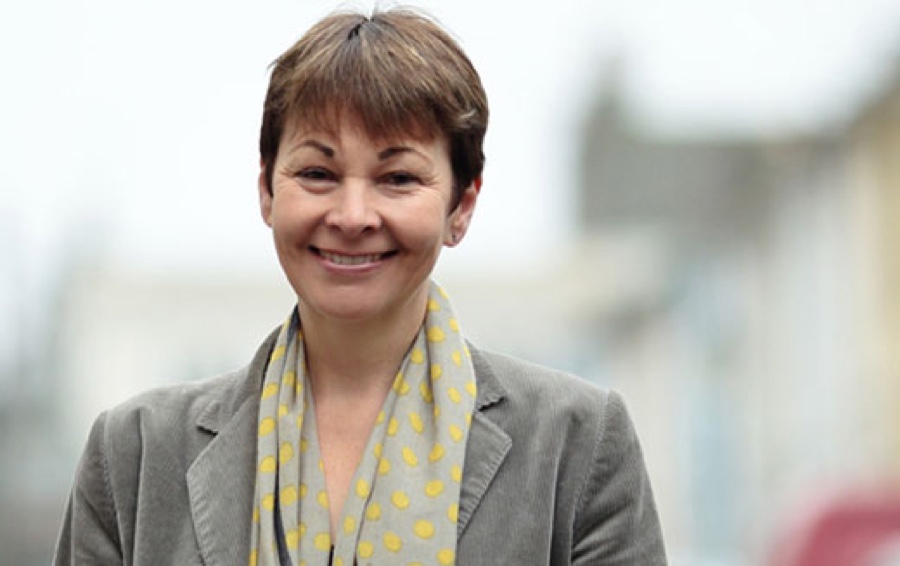 The report authors argue that “the current widespread focus on changing indicators is insufficient without a simultaneous focus on structural and systemic change”.

The authors admit that, given that there is no precedent for a non-financialised and non-growing advanced economy, and interest-bearing debt created by commercial banks is a growth imperative, measures would take time to implement. However, transformative monetary policies are necessary for an economy that prioritises social and environmental wellbeing.

The ambitious proposed agenda to reduce dependence on interest-bearing debt and instead foster balanced creditor-debtor relationships is founded on new ways of guaranteeing access to means of payment and access to credit.

The report looks at the arguments and logistics around universal basic income issued via central bank digital currency (CBDC). A CBDC would allow individuals to hold digital currency in accounts directly at the central bank as a way of ensuring access to a digital equivalent to cash without reliance on the liquidity  of the commercial banking system. This could be used to implement a universal basic income (UBI), which would perpetually guarantee a certain amount of cash for households. This would be particularly useful in times of crisis such as at present and would decrease needs for households to access high-cost credit. In the long-term, a UBI would alleviate pressure to engage in full-time wage labour and thus allow more time for activities that do not involve market transactions such as personal caring responsibilities.

Alongside this, well designed complementary currencies at regional and local levels could further guarantee access to money that specifically promotes local economic activity and community ties.

The report proposes direct clearing facilities as they are based entirely on balance and reciprocity between participants. They are essentially simple accounting systems that record debits and credits between firms when they trade with each other. An obvious model for this is the long-standing ‘WIR’ in Switzerland, which has allowed over 60,000 businesses to continue trading even in times of financial crisis.

The report also echos the calls of others for an ecosystem of public banks, including a Post Bank and a National Investment Bank, and it emphasises the importance of adding more small-scale banking grounded in local communities and owned by members or local authorities.

In terms of debt jubilees, the report comes out in favour of those arguing for central banks to create money and issue it to households with the condition that it is used primarily to pay down debt. “This would be more immediately feasible than debt cancellation and would help stabilise the financial system by getting rid of unsustainable private debt burdens.” Furthermore, and crucial to post-growth goals, it would reduce the vulnerability of debtors and minimise their pressure to consistently grow their incomes for the purpose of debt repayment.

Lastly, the report looks at how governments, with their own currency-issuing central banks, need not rely on debt markets and taxation for increased spending. After all, both indirect and direct forms of monetary financing have been used by governments to support spending on Covid-19 response schemes.

An holistic alternative to GDP measurements would be a dashboard of social and environmental wellbeing indicators, grounded in a comprehensive wellbeing framework. The New Zealand Living Standards Framework (LSF) is cited as a good example of such a dashboard with its various indicators on ‘our country’, ‘our future’ and ‘our people’.

In the UK, there is interesting work within organisations such as the ‘Centre for Thriving Places’ and the ‘What Works Centre for Wellbeing’ but their efforts are not yet being sufficiently incorporated into decision-making processes.

Ultimately, it is virtually impossible to argue that the current GDP and economic growth model works, it just patches up things between crises. With the world in the midst of the global pandemic and climate and ecological breakdown, it is more urgent than ever that countries repurpose their economies to serve social and environmental wellbeing. Will the opportunity be grabbed or are even the current most stark lessons about to be ignored?
By Martin Whybrow|2020-05-14T10:28:32+01:00May 14th, 2020|Economy|0 Comments