Blockchain for social good: The opportunities and pitfalls

At last week’s Blockchain Summit in London, there was a fair amount of discussion about using distributed ledger technology for social good. What is the potential and what are the down-sides?

An industry commentator recently suggested – tongue in cheek – that blockchain was the answer to all of the world’s ills – the refugee crisis, climate change, world hunger and cats stuck in trees. The hype around distributed ledgers has certainly been immense but it seems clear that for areas such as personal identification, charitable giving and ensuring trust and transparency in supply chains, it has a lot of potential.

The benefits of the technology are compelling and lend themselves to some – although not all – world problems. Cats in trees will probably remain in need of people with ladders. But the question remains, can the potential be unlocked?

The truly decentralised nature of blockchain – the technology that underpins cryptocurrencies – means it is secure (far less vulnerable than centralised systems), immutable (once on a blockchain, data cannot be secretly manipulated as it is verified by the computer nodes on the network) and democratised – the community has control. For application areas that need these sorts of attributes, it looks a good fit.

It can provide accurate traceability, which is important in areas such as food (is a product that is labeled as organic really from a certified source?), medicine (a huge proportion is counterfeit, particularly in developing countries), goods (is a product really from sustainable forest sources?) and intellectual property (does an original artist receive full royalties for their work, can that artist be accurately identified?).

A prime proposed social good is to provide donors with certainty that their monies are reaching the intended recipients, whether those donors are individuals, charities, countries or other agencies. There is a big demand from philanthropists, said Vanessa Grellet, executive director at Consensys, to identify beneficiaries and track the impact. Among other areas the company is working on is a distributed electricity provider market with registration and payments built on the public Ethereum blockchain network.

Consensys is also a member of the Blockchain for Social Impact Coalition to incubate, develop and implement solutions to meet the United Nation’s Sustainable Development Goals (SDGs). The SDGs around transparency and personal identification are also a focus for AID:Tech, which has pilots in Lebanon and Kenya https://smartercommunities.media/harnessing-blockchain-for-the-worlds-biggest-development-challenges/ 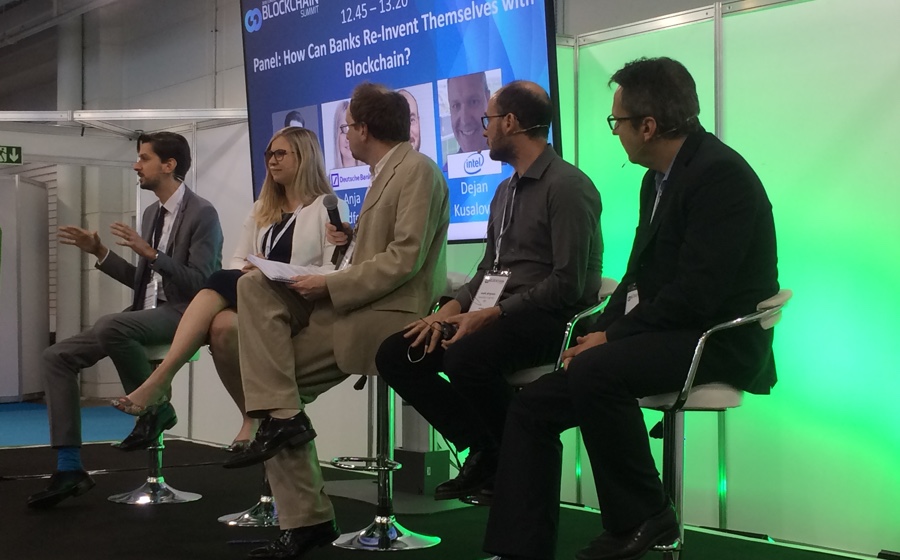 Most pragmatically, the technology could allow charities to reduce their transaction costs for cross-border transfers, said Rhodri Davies at Charities Aid Foundation. The transparency benefits might follow. However, he admitted to finding more and more caveats as he has looked into this. For some donors, it might actually be dispiriting to find out how little their donations can actually achieve within the context of the massive issues they are seeking to address. This could be less of an issue with large institutional donors, he added.

Second, on occasions, transparency could be dangerous for the recipients, such as persecuted minorities or victims of domestic violence. He felt charities were unlikely to be early adopters of blockchain. “It hasn’t moved on enormously from two years ago… the hype has massively outstripped the projects on the ground.”

Davies felt securing IDs for refugees and migrants, probably led by large NGOs, was “very interesting, even if some governments won’t be keen”. It will be important to navigate what is put on the blockchain and what isn’t as well as recognising the down-sides, he felt.

Immutability might also aid the fight against “fake news”. With the old proviso of, garbage in, garbage out (there’s nothing to stop the submission of garbage on blockchain), there is that certainty that it hasn’t been changed. So, for instance, we could be sure that a scientific environmental study has not been amended by those who might not like its findings. The same could go for reporting from journalists or human rights activists in countries with authoritarian regimes, whereby they can anonymously publish and any reader will know that they are seeing the original, untampered words.

Whether or not classed as ‘social good’, the potential removal in decentralised transactions of middlemen would be welcomed by many. An example could be lawyers in mortgage processes who currently manage the exchange of contracts and funds. Or expensive funds transfer companies that make a killing from people sending remittances back to their home countries. There is a slew of start-ups seeking to undercut these and speed up the transfers.

For healthcare data, there is a lot of abuse, whether intentional or not, said Gary Leeming, chief technology officer at the University of Manchester, and there have also been plenty of failed initiatives. The distributed ledger, he felt, removes the need for trusted third parties and could provide the shift to a consent-based model, with the audit trails to back up this. 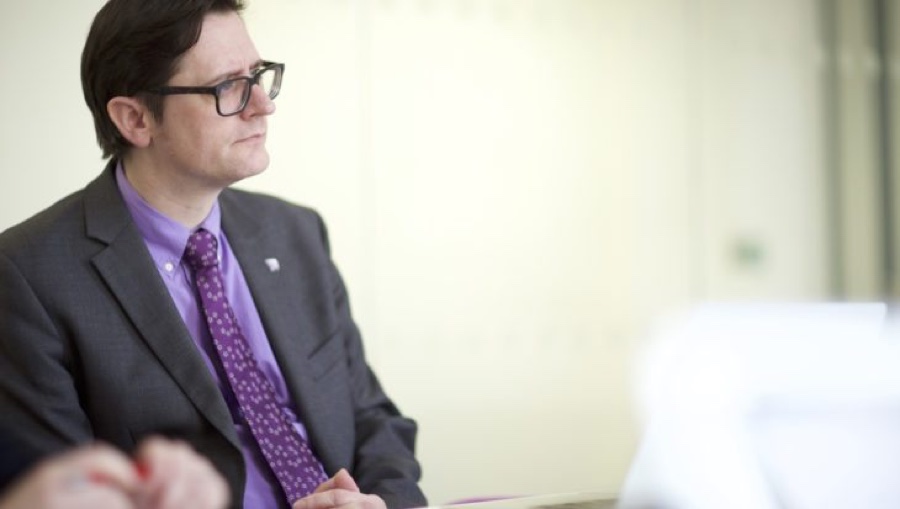 Using a private Ethereum ledger and smart contracts, the University is involved in a project called Connected Health Cities. It is seeking to bring together local health and social care data across the north of England (around 15 million people) to improve research for better diagnosis, treatment and predictive modeling. Currently at a Proof of Concept stage is a first phase which will allow users to identify via a smart contract their preferences for use of their data for research.

Personal identification is a multi-layered topic. First, there is the potential to provide ID to the estimated 1.1 billion people around the world who have no identity at all, many of whom are displaced. This might start to be built up over time based on behaviour, biometrics, and any documentation that does exist, with that person then having control over the ID and with the ability for this to move as the person moves.

According to a report late last year by USAID: “There may be no single factor that affects a person’s ability to share in the gains of global development as much as having an official identity. Identity unlocks formal services as diverse as voting, financial account ownership, loan applications, business registration, land titling, social protection payments, and school enrollment. Robust identity systems can help protect against human trafficking or child marriage. In many ways, the roughly 1.1 billion people who lack official identity are invisible, discounted, and left behind.”

For people vulnerable to human trafficking, the United Nations’ Office for Project Services (UNOPS) is working on a solution with the World Identity Network (WIN). Announced at last November’s Humanitarian Blockchain Summit in New York, a pilot is planned in Moldova, the poorest country in Europe, with alerts triggered when a child crosses a border. According to UN statistics, nearly half of the world’s children under the age of five do not possess a birth certificate.

To date, according to USAID, the work around IDs has been too piecemeal. “Donors’ investments in identification (ID) systems are often confined to sector silos. ID systems are built in support of a programmatic goal, not as development infrastructure critical for a digital age. This leads to inefficient use of resources and has caused international development actors to miss opportunities to make more sustainable, transformative technology investments.”

One specialist in identification, particularly around financial inclusion, is Minneapolis, MN-based Banqu. It allows unbanked people to set up a personal digital identification profile. As they start accumulating a transaction history on the BanQu blockchain, the unbanked also develop a tractable, vetted financial and personal history. They start to record a range of transactions including remote purchases, funded wallets, term purchases, cash disbursements, property records, health records, education records, and credit histories among others. As Banqu states: “This Economic Identity provides a baseline for the unbanked to participate in the global economy”.

Almost two-thirds of the estimated 2.7 billion unbanked people own mobile phones, so Banqu uses an app and this includes the ability to not only build a credit record but also store any forms of identity such as health, property or other records. Banqu has done work with refugees in Kenya and small-plot farmer land mapping, particularly for women farmers in Latin America, where access to finance is hard due to lack of land rights and outdated property registries.

Focusing on Africa is Gravity, similarly planning a mobile app and blockchain-based solution. Its “g-ID” will rely on personal data that is verified through peer-to-peer and third-party validation. The more data and validation checks, the more reliable it is deemed to be. Personal data can only be accessed with the g-ID user’s permission.

The other area of personal data where blockchain has potential is to aid people to take back control of this, with many would-be solution providers now out there. This is a topic in its own right, which we’ll consider in a follow-up article. Suffice to say, it might not be a case of putting the personal data on blockchain per se (not least because it now struggles with the GDPR requirement to allow users to delete their data) but the means of authentication certainly could use this technology.

There are issues with blockchain, including scalability and bugs, including in smart contracts (these are at the core of blockchain and constitute self-verifying, self-executing agreements that can function autonomously – such as an insurance contract where a payment is triggered by an event that can typically be verified by open source data, such as a delayed flight).

Parts of this sector still seem like the Wild West, particularly as regulators struggle to keep up with developments. Some people have made lots of money already under false pretences particularly through the cryptocoin-based fundraising model of the ‘Initial Coin Offering’ (ICO).

“Sometimes they don’t have a product, some have raised far too much cash, we have also seen some grab and runs,” said Fabio la Franca, a venture capitalist at Station 12. Dotun Rominiyi, head of products at smart contracts specialist, BlockEx, agreed. E-wallets have been hacked, he said, products have failed so tokens have then become worthless, and there have been “honey traps”. The main risks are for investors but there are issuer risks as well. Regulation will follow and the US’s SEC has 140 subpoenas at present, so case law will also follow, with some jurisdictions moving faster than others.

Some governments might well be wary of the community-led and decentralised attributes of blockchain as it will be beyond their reach and control. However, “the cat is out of the bag” as one commentator remarked, and it is hard to see what governments will be able to do about it.

There remains the hype problem, so that many people are already switching off. However, it remains a relatively new and emerging field which looks as though it can play a role in some of the world’s thorniest issues. Once we are through the hype-phase, it will become an enabler. For many people, there will be no need to know this, just as you don’t need to know the intricacies of a combustion engine to drive a car, but they will be able to take advantage of the capabilities.
By Martin Whybrow|2018-07-03T15:01:23+01:00Jul 3rd, 2018|Economy|0 Comments