In its annual electric vehicle analysis, Bloomberg is predicting steeper growth for e-buses than for light duty vehicles, so that 84 per cent of all municipal bus sales by 2030 are expected to be electric. More generally, it cites charging infrastructure as a challenge, with the need for continued government support, with another challenge being the supply of cobalt for batteries. However, when it comes to the additional electricity demand from EVs, Bloomberg is confident that this will not be prohibitive.

There are already over 300,000 e-buses in China and this country, as with EVs as a whole, will lead the way. Aleks O’Donovan, senior associate in Bloomberg’s advanced transport team, cites three main reasons for this. There is very strong political commitment, a well-developed manufacturing base for buses and the country has the advantage that it is building a lot of municipal bus services from scratch – it is easier to put in the infrastructure than to try to retrofit it.

Cost parity will come slower in other regions, she says, so at least in the medium-term emission restrictions from large cities, such as is happening in London, Paris and Berlin, are likely to be the main driver. She believes municipalities need to engage proactively with providers and manufacturers. In particular, if there is clarity around planned emission targets and restrictions on diesel vehicles, then this provides a clear case for investment. “If that doesn’t happen, we will see much slower adoption.”

“Charging at the depot, once a day, typically overnight, is today the most common system because it is the easiest,” says O’Donovan. However, this brings the need for larger batteries, which increases capital costs. In addition, when there are, say, ten e-buses, that is not a big strain on the grid but that would be different for perhaps 1000+ in a city such as London. She expects more opportunistic, on route charging to follow, such as via pantographs at stops, but here there might be issues around the adaptations needed to roads and it will depend on the route, the type of buses and the size of batteries. 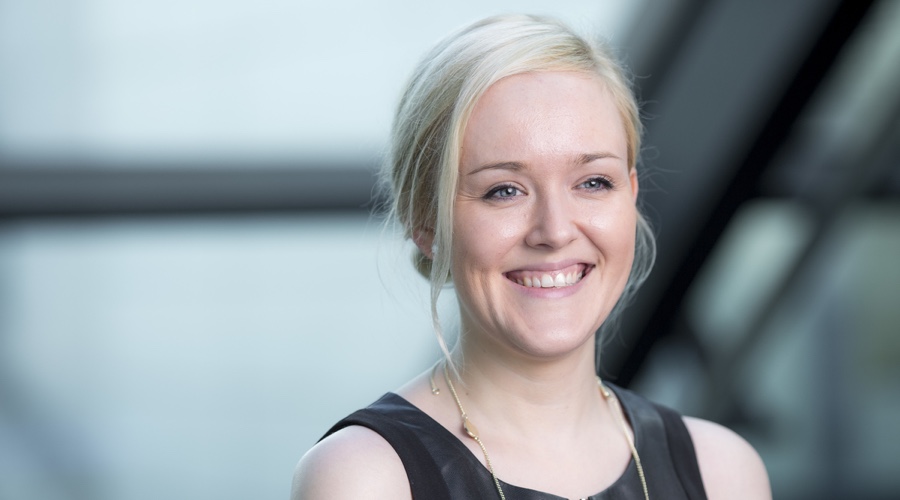 To put the e-bus estimates into perspective, the prediction for car sales is for 55 per cent to be electric by 2040, with around one-third of the global fleet to be EV by this stage. Cost parity between EVs and internal combustion engine technology is expected in the mid-2020s, prior to which there will still be the need for regulatory support in most markets. The report states: “The upfront cost of EVs will become competitive on an unsubsidised basis starting in 2024.”

The rapid progress in the world’s largest current EV market, China, has caused Bloomberg to almost double its forecast for 2025, driven by policy developments, commitments from car manufacturers and urban carbon emission restrictions. By 2020, it expects China to account for 40 per cent of the 60 million EVs sold annually, compared with a combined 37 per cent across Europe and the US.

The report expects plug-in hybrids to play a role in meeting fuel economy regulations and EV mandates from now to 2025, but their share of EV sales will then drop away, so that they will not gain significant market share. 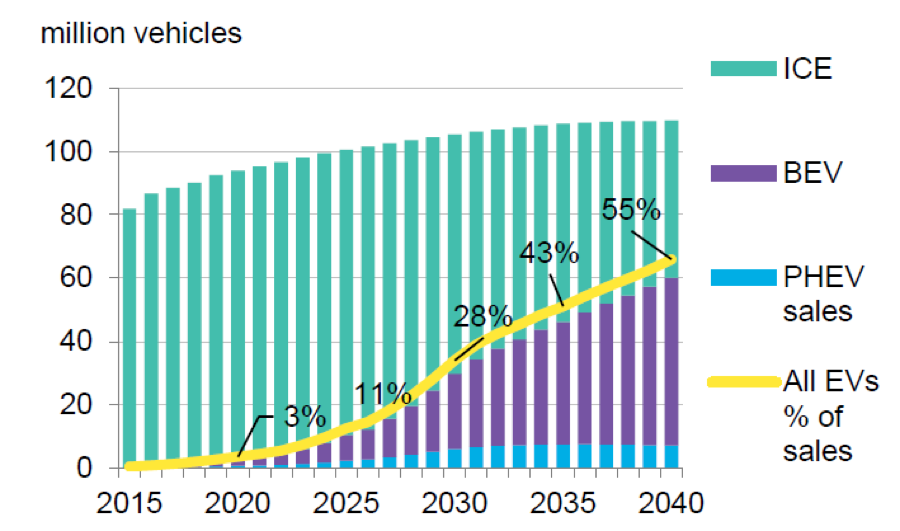 The Hurdles and Autonomous Vehicles

The report predicts that passenger EVs and e-buses will add six per cent to global electricity demand by 2040. However, this will be eased by EV-to-grid integration and load management opportunities from flexible rate schedules that encourage off-peak charging. Continued government support for EV charging infrastructure will be needed through incentives, subsidies and better rate schedules.

Bloomberg expects sufficient lithium supply, at least for the next five to seven years, but greater challenges around cobalt, despite the emergence of batteries that contain up to 70 per cent less of this metal. Recycling and reduced demand for cobalt from other sources might alleviate at least some of the issue. However, the report states: “We view cobalt supply as one of the largest potential risks to EV sales over the next five-to-seven years. In the longer term we expect high prices to bring on new supply and accelerate the adoption of new battery chemistries.”