Over one billion people lack access to reliable power but around 750 million of these have access to a mobile phone. The problems with recharging create logistical, social and economic issues. Seeking to tackle this is a company called BuffaloGrid, which has devised a solar powered battery unit. It has been working on a trial basis initially in India but with a much wider roll-out now planned.

There have been a few false-starts but the trial in India has reached more than 60,000 unique customers, with more than a quarter of a million phone charges, via 25 agents in 25 villages in the north of the country (Uttar Pradesh). Delivery of an additional 50 units is scheduled for the first week in February, as the company now seeks to take its solution across the globe. “It shows that something with a very small technical footprint can have a big impact,” says BuffaloGrid CEO, Daniel Becerra.

The Challenge and a bike-powered wrong-turn

Phil Schluter, now BuffaloGrid’s chairman, comes from a long-standing family business of coffee traders in Sub-Saharan Africa. While working with co-operatives in rural communities, he noticed the uptake of cheap mobile phones, with plenty of network coverage but with a lack of power, so that recharging could involve lengthy journeys, thereby hindering people from staying connected. For a farmer, for instance, travelling a couple of hours to charge a mobile phone was a major burden.

The initial plan to address this was a bike-based generator that could store power to charge phones. Trials were run in Uganda but on average it took four hours of pedaling to charge 30 phones. “We realised the need was definitely there but the product was not quite right,” says Becerra. “Not even a Tour de France competitor would do that every day of the year.”

Schluter had met with Becerra to discuss the challenges. At this time, Becerra, who has a product design background, was at the Royal College of Art in London. “We jumped into Plan B, C, D… we tested many different things.” This was again in Uganda. The challenge was not only coming up with a suitable device but also the right business model.

A lack of disposable income meant people seldom had the ability to buy up front an expensive device. This means pay-as-you-go financing systems are common but the limited lifespan of batteries meant that by the time someone had paid installments to own a device, it might well need replacing. “People needed access to power rather than ownership of a device,” says Becerra. 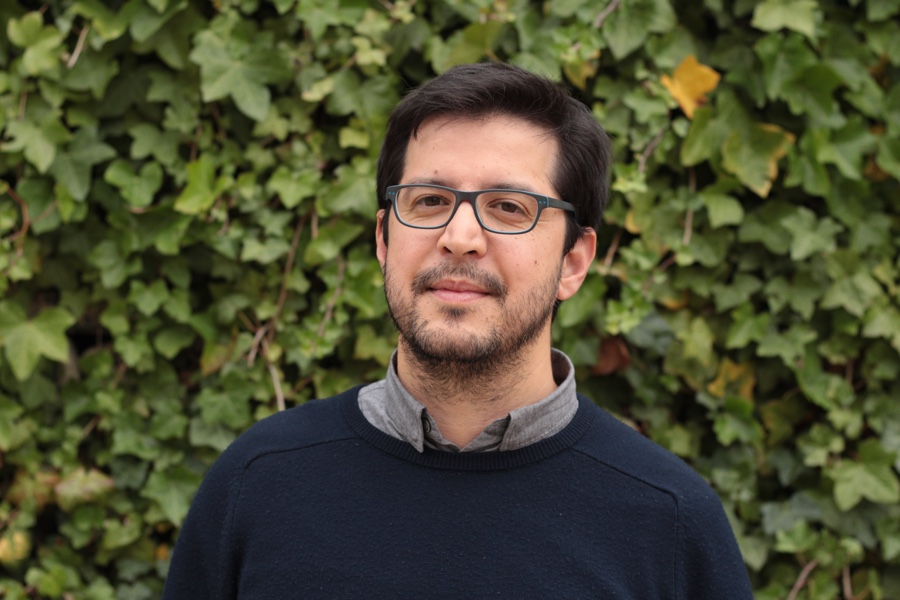 All of this led the emerging team towards a connected hub that was cashless and solar-powered, with a large rechargeable battery. The team initially built the units itself but, following some crowd-funding and the arrival of a first institutional investor, the design was tailored for mass production and suppliers have now been sourced in China, Singapore, Japan and the UK, with assembly in India.

The latest lithium batteries are from Sony and can be charged from the grid, as well as via solar. Becerra likens the hubs to vending machines. There are 28 charging ports per unit, with a single battery capacity able to charge 25 smartphones or 55 feature phones. GPS and mobile data connectivity means the units can be tracked.

A cloud-based platform handles payments, from the customers and to the agents. Customer payments can be mobile but there is also the ability to use cash, with the agent then making the payment through his or her account but with connectivity of the service tied to the customer’s mobile number. A charging port is only made available when a payment has been made, which creates a secure system. Via the cloud platform, the hubs can be monitored to detect when they need replacing.

Although a lot of the preparation work was done in Uganda, the initial units were tested both here and in India, with the latter becoming the focus for the trials. Becerra explains that the first focus was on rural off-grid villages but the relatively low-density populations saw a shift of emphasis towards the edges of the grid and, of late, to urban areas as well.

Agents are described by Becerra as “someone who is already commercially engaged with the village and is already a member of a trusted network”. As such, they might be an agent for a mobile operator or a bank. A BuffaloGrid agency has the potential to double their monthly income, he says. They receive a portion of the customer’s payment.

BuffaloGrid was set up in 2012 and Daniel Fogg came on board as COO in 2015, bringing experience of launching technology-based services in emerging markets. Microsoft provided an initial technical grant and expertise; seed funding and other expertise has come from Local Globe and Kima Ventures, with support as well from Innovate UK.

Today, the company has 20 staff, in the UK, plus India (sales, operations and technical support) and Kenya and the US (software development). 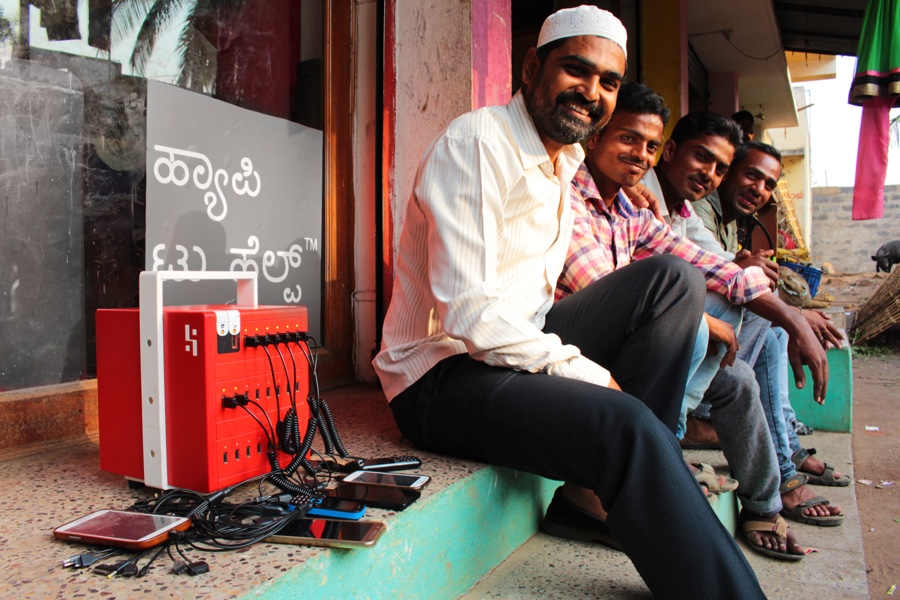 With the next 50 units to be delivered shortly, BuffaloGrid is embarking on a much wider roll-out phase. Initially this is still in India but Becerra expects a move into at least one other country this year. Bangladesh and Nigeria seem a good fit, he says, but there have also been conversations in Latin America and some other African countries, including Malawi.

The company is actively looking for agents. To scale, it is in part focusing on existing agent networks and has signed agreements for acquisition and distribution of units by one of Vodafone’s agent network in India (spanning more than 100,000 agents and 400 million customers) and the network of an Indian bank inclusion company (as yet unannounced but with more than 30,000 agents).

Mobile charging is “low-hanging fruit” says Becerra but customers lack many other services so BuffaloGrid is looking at what else could be added. An example of a potential additional service via the technology is a PO Box, using the GPS, to provide a postal address for people who don’t have one. In terms of BuffaloGrid becoming cash-positive after the several years of R&D, Becerra hopes this will happen within the next 12 to 18 months.