Building an industry out of climate resilience

This month, 550 delegates gathered in a sweltering Bonn conference centre to discuss city resilience. The annual ICLEI event drew people from across the globe – one irony, of course, being the air miles incurred.

There are undoubtedly many people doing many wonderful projects within their communities on climate crisis mitigation and adaptation. However, at events such as these, there is the nagging suspicion of having created an industry out of the climate and ecological crisis. Not the ever more commonly promoted New Green Deal type industry but a fragmented and inefficient one that produces reports, methodologies, frameworks and standards, arranges and attends events, talks a lot and duplicates efforts.

A look at the logo board of partners for the ICLEI event gives an idea of just how many entities are out there, financed by the UN, EU, charitable foundations or other means. Yes, there is a need for reports, methodologies and standards, to aid the scaling up of successful projects, but there is a proliferation of all of these.

The ICLEI session on methodologies rather brought this home. “My head is full of frameworks,” admitted Jeb Brugmann, ex-ICLEI and, of late, at 100 Resilient Cities (100RCs). He complained about the current fragmentation and called for a single platform for the resilience space. In fact, the methodologies and standards seem to multiply rather than reduce. Of late, the UK’s BS67000 standard for city resilience has joined the mix. 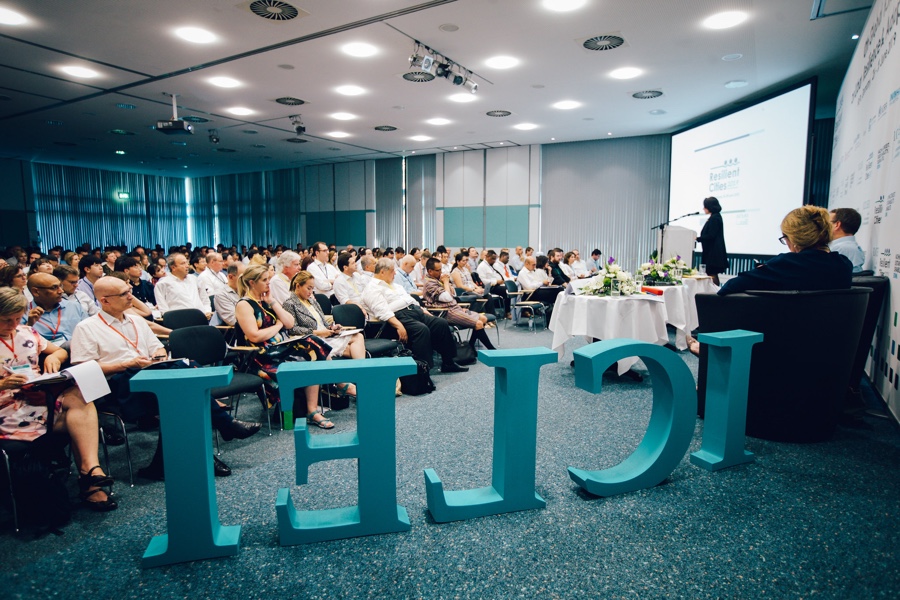 The Rockefeller-funded 100RCs initiative is worthy of an article in itself. Set up in 2013, it built a big headcount, with staff and offices in New York, London, Mexico City, and Singapore. In three tranches, 100 cities were taken into the programme and were provided with funding and advice – with a lot of consulting firms mobilised – to create their own Chief Resilience Officer (CRO) roles and resilience plans.

In January, it was announced that the Rockefeller Foundation was pulling the plug on the initiative. A statement at that time from 100RCs president, Michael Berkowitz, promoted the scheme’s achievements – http://100resilientcities.org/update-from-100rc/ – and promised “We plan to share more about our plans over the coming weeks and months”, although nothing has been heard since.

The resilience plans, which 80 cities produced, were mostly impressive documents – lengthy, detailed and glossy. There were also plenty of projects that then commenced, enabled by the 100RCs support. But there was a degree of irony about the lack of resilience of the 100RCs schemes themselves in many cities. The funding was for two years which, particularly in austerity-hit city councils, made the CRO’s position a tenuous one. And, of course, in the end, the whole 100RCs project itself came to an abrupt end.

While 100RCs falls by the wayside, other entities continue to multiply. For instance, UrbanByNature has just been created. It is “powered by ICLEI” and “hosted by CitiesWithNature”, what ever that means. It is funded by Connecting Nature and the EU’s Horizon 2020 Framework. It is intended to “empower” local governments and, on its launch flyer, second paragraph, it promises the chance to “Listen to thematic modules covering key topics for planning and realising green and blue cities and join face-to-face events in Brazil, the Causasus, Korea and China”. So plenty more air miles and a rather interesting focus for “selling’ the initiative to people. 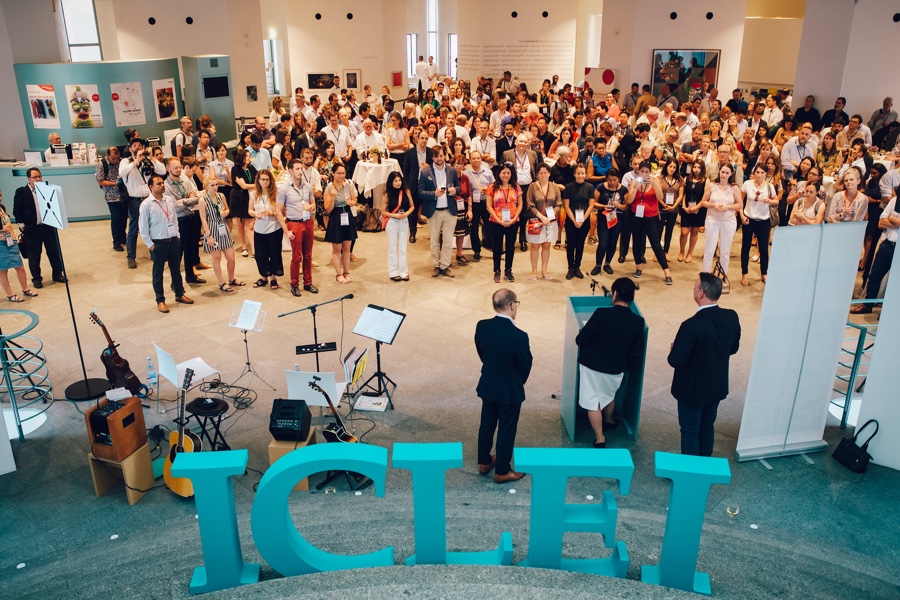 Does the world really need another entity focused on urban nature? What does UrbanByNature do that its “host” CitiesWithNature doesn’t do? Or Naturvation, another Horizon 2020 project which is “creating a step-change in how we understand and use nature-based solutions for sustainable resilient urbanisation”.

No one would argue that nature-based urban initiatives are a bad idea but how about more action and fewer entities, reports, step-changes, hosting, events and words?

And how about at least practising what you preach. Having listened to sessions on waste and plastic at the ICLEI event, delegates could then come out and have coffee provided with those horrible little plastic capsules of milk (no non-dairy alternatives either). Having listened to a session called “Plant Forward Food Systems”, delegates could tuck into the carbon-busting meat at the buffet meals and gala dinner.

At times, for all the worthy efforts and enthused individuals, the climate emergency and resilience sector isn’t the most edifying.