Can archaeology save the planet?

As we battle to save the planet, might we find some of the answers by looking back, as well as forwards? Can sustainable agriculture and architecture from the past provide workable alternatives to current destructive methods? This is the theme of a new book, Reinventing Sustainability: How Archaeology Can Save the Planet, by researcher and author, Erika Guttmann-Bond.

Since her undergraduate days, she says, she has felt there is the potential for techniques of the past to provide a way forward for us today. For a long while there was little or no interest in the ideas but that has been changing of late and, in the book, in part through a series of compelling case studies, Professor Guttmann-Bond sets out the arguments.

Lessons from the Negev desert

One early prompt in her undergraduate days was a lecture about water harvesting systems in the Negev desert in southern Israel. Global warming is causing desertiﬁcation and the expansion of arid regions, but deserts can be extremely productive if the land is sympathetically managed. Stone mounds, walls and terraces were found covering hundreds of thousands of hectares, linked with artiﬁcal canals that led to the wadis, the river canyons. Within the wadis there were farms dating from the Nabatean period (around 2000 years ago) to the Byzantine.

It was realised, says Professor Guttmann-Bond, that water rushes across the very fine desert sand if it is cleared of stones. When channeled into terraced fields, it allowed the inhabitants to farm in this hyper-arid region. A couple of farms were recreated and were found to be markedly more productive than existing farms. This was despite the run-off systems using considerably less water than local irrigated farms. The run-off system also has the benefit of functioning without raising the water table, and therefore does not cause salinisation of the soil, which is prevalent with modern irrigation.

Work elsewhere, in Syria and Jordan, has looked at the potential for this approach. Research by the University of Jordan demonstrated the viability of reinstating rainwater harvesting systems and other sustainable practices and predicted that water harvesting could save 10–15 per cent of the water currently being lost, amounting to 6.6 billion cubic metres. A key aspect of this is the storage of water underground, so it does not evaporate. This concept can be easily applied on a modern industrial scale simply by covering open reservoirs with floating balls that reflect sunlight and inhibit evaporation; such systems are now in use in California.

Other work, for instance by the International Center for Agricultural Research in the Dry Areas (ICARDA), has investigated the re-introduction of water harvesting systems in Egypt, Iraq, Jordan, Libya, Morocco, Pakistan, Syria, Tunisia and Yemen. 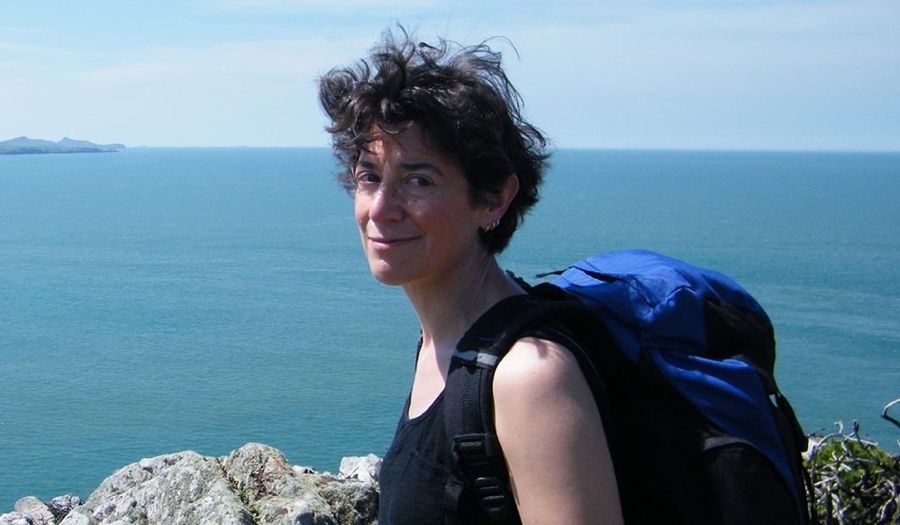 Part of the reason that interest is growing in this area is the awareness of the severity of challenges that face us, acceptance that we cannot carry on as usual, and additional research that suggests some of the techniques of the past could be used on a large scale.

The UN has shown that the most productive farms in the world are small ones. And smallholders produce the majority of the world’s food. The prehistoric methods that made the earliest smallholdings sustainable and resilient could be widely adopted. An example that Professor Guttmann-Bond gives is “conservation tillage”, whereby slots are made in the soil, rather than turning it over. Soil erosion is one of the world’s most pressing challenges but methods such as this and terrace farming means the soil holds its carbon content, isn’t compacted and the approach also saves on fossil fuel, through the need for less ploughing. It has the potential to be carbon neutral, says Professor Guttmann-Bond. “It saves money, it saves the planet, it saves the soil.”

In many areas, supposed ”progress” has proved damaging. Terracing was a very common way of farming across the globe and conserves soil and water. This is in sharp contrast to the modern forestry practice of clear-cutting timber on steep hill slopes, which allows the soil to erode straight into the valleys, choking lakes and streams with sediment, destroying water quality and increasing ﬂood risk.

One example of what can be achieved comes from Cuba, where the country lost access to fossil fuels and had to turn almost overnight to an organic agricultural system.

Similarly with architecture, there are techniques from the past that could be reused, such as “aquatecture”, building houses that float up and down with the tide. There is a chapter in the book dedicated to this theme, entitled “Vernacular architecture and sustainable cities”. “People initially thought the notion of reintroducing indigenous agricultural methods was unfeasible, but not anymore,” says Professor Guttmann-Bond. “The United Nations has adopted the concept, which is being called the New Green Revolution. The new approach draws on traditional knowledge and uses agroecological systems like intercropping to create systems that are not only more sustainable, but are also more productive per hectare. People used to think that going organic was a return to an inefficient past, but actually there are many ways of marrying up old and new ideas and technologies so that you can get high productivity without depleting the soil or polluting the water. You can save money and increase production at the same time. What’s not to like?”

These ideas are now resonating with more and more people. “Climate change is the real driver,” she says. There needs to be action by governments, NGOs and farmers, with often the most effective approach being farmers learning from other farmers.

Water harvesting and other dryland systems are being re-introduced in Egypt, Iraq, Jordan, Libya, Morocco, Pakistan, Syria, Tunisia, Yemen, Afghanistan and Oman. Other early technologies are being put back to work in Peru, Bolivia, India, Bangladesh, Niger, Burkina Faso and elsewhere.

Sustainable methods that are introduced to regions where modern technology is unavailable have doubled and even tripled food production but the beneﬁts are not limited to developing countries. Many developed regions are suffering from the ecological effects of pesticide use and soil erosion, while yields have reached a plateau. Studies have shown that replacing pesticides with natural predators, multi-cropping and other sustainable methods has increased yields in these areas by an average of 10 per cent. The cost of fertilizers and pesticides is eliminated or cut, the soil microbes and biota – vital to soil structure and health – are unharmed, biodiversity is restored and farmers’ health is improved.

In sustainable agriculture experiments all across the world, it is shown that production increases, concludes Professor Guttmann-Bond, “Everyone wins, which is so unique. In fact, with these sorts of systems, the only real loser will be Monsanto.” While admitting to being “deeply concerned about the speed of climate change”, she describes her book as “optimistic”. “We already have the technology to live sustainably on our planet, to revitalise the countryside and to lift rural populations out of poverty.”

Reinventing Sustainability: How Archaeology Can Save the Planet is available from OxBow Books – https://www.oxbowbooks.com/oxbow/rediscovering-sustainability.html
By Martin Whybrow|2019-02-18T09:19:14+01:00Feb 18th, 2019|Environment|0 Comments