105 cities have been named by CDP Global as leaders on climate action and transparency. CDP Global is a non-profit organisation specialising in climate research. Best known for its analysis of corporate transparency and action on climate change (published since 2003), this is the second year that CDP has published its equivalent city analysis.

CDP started scoring cities a few years ago but this was purely to provide private feedback to them to aid their climate actions, says CDP EMEA Manager for Cities, States and Regions, Catherine Higham. The decision to publish a full list for the first time for 2018 in part stemmed from a belief that it is in cities that the fight against climate change “will be won or lost”. By publishing the analysis, CDP is seeking to “showcase leadership” in terms of ambition and actions, thereby also incentivising others to follow. According to CDP, cities – which cover just two percent of the globe – are the source of 70 percent of emissions. The latest A List of 105 cities is based on data reported by over 850 cities using the Unified Reporting System devised by CDP and ICLEI.

Cities measure and report key environmental data including their emissions, climate-related vulnerabilities, and actions to reduce emissions and adapt to risks. They are scored ‘A’ to ‘D’ by CDP based on completeness and quality of their data, and the level of action taken.

To score an A, a city must have, among other things, a city-wide emissions inventory, an emissions reduction target, a published climate action plan and a completed climate adaptation plan to demonstrate how it will tackle climate hazards now and in the future.

In 2018, 43 cities score an A ranking out of 596 cities. The leap to 105 A list cities this year is likely in part to be due to more cities reporting but, says Higham, is also likely to reflect a ramping up of efforts across the globe.

Of this year’s 105, 41 are in North America. “Many North American cities have taken important climate actions especially in the absence of federal leadership,” she says. There are 19 cities from Asia, nine from Latin America (versus one the previous year) and two (up from one) from Africa – eThekwini (City of Durban) in South Africa joining Cape Town, with the former committing to 80 percent reductions in emissions by 2050.

As eThekwini shows, alongside the usual suspects such as Paris, Amsterdam, London, Oslo, Stockholm, Melbourne, Sydney, New York, San Francisco and Toronto, are smaller and less obvious ones. eThekwini is the first African city to adopt a Paris Climate Agreement-compliant action plan. 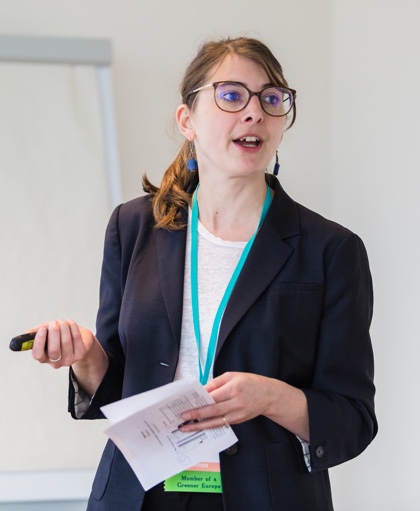 Another city highlighted by CDP is Petaling Jaya in Malaysia which, since 2011, has a low carbon tax assessment scheme that provides tax rebates to residents that undertake low carbon building retrofit measures and make more sustainable lifestyle choices such as ownership of hybrid/electric vehicles.

In the US, CDP highlights Fayetteville, Arkansas, which is one of 125 city signatories of the “We Are Still In” agreement by which they reaffirm their commitment to the Paris Agreement. This fast growing city has committed to convert all facilities to 100 percent renewable energy by 2030 and reduce emissions by 40 percent by 2030 and 80 percent by 2050 (the main photo, above, shows the city’s stationless bike hire scheme).

There is no cost to cities to participate. “We are certainly planning to continue scoring cities,” says Higham. “We know that 70 percent of the world’s population are likely to live in cities by 2050 and they are absolutely critical to the fight against climate change.”