Cash isn’t dead but it is dying out so charities are having to harness new payment methods.

In the next couple of weeks, on the streets of Islington and Hackney in London, people experiencing homelessness will start collecting donations using contactless technology. It is the second phase for an initiative called TAP London, following a pilot in the first half of this year using volunteers.

The Need for Contactless

Given the rapid reduction in the use of cash, it is perhaps no surprise that other initiatives around the globe are also pioneering contactless charitable payments. Last year, a pilot in Amsterdam and Rotterdam called Helping Hearts tested a jacket that incorporated contactless payments (a card reader and LCD screen with instructions for use), with this now being adopted in London, Manchester and Liverpool by The Social Innovation Partnership (TSIP). It was the result of collaboration between a Dutch advertising agency, financial services IT company and social enterprise.

Not surprisingly, large charities are also moving towards contactless. This includes Oxfam and the NSPCC, working with Barclaycard for smart donation boxes with wireless receivers. Similarly, The Big Issue magazine is adopting contactless payments, as it has seen sales decline in the face of people carrying less cash.

Contactless payments have a number of benefits. It gives those who donate reassurance in terms of how the money will be used. Within the phase about to start, any donation via the TAP device will go to local charities, such as Islington Foodbank, as well as providing the homeless street funders with the London Living Wage (it is hoped in the future to also gain sponsors for the wages). In The Big Issue example, the proportion of the cover price of the magazine that goes to the seller will credit a bank account, something that is usually not attainable for someone without a permanent address. 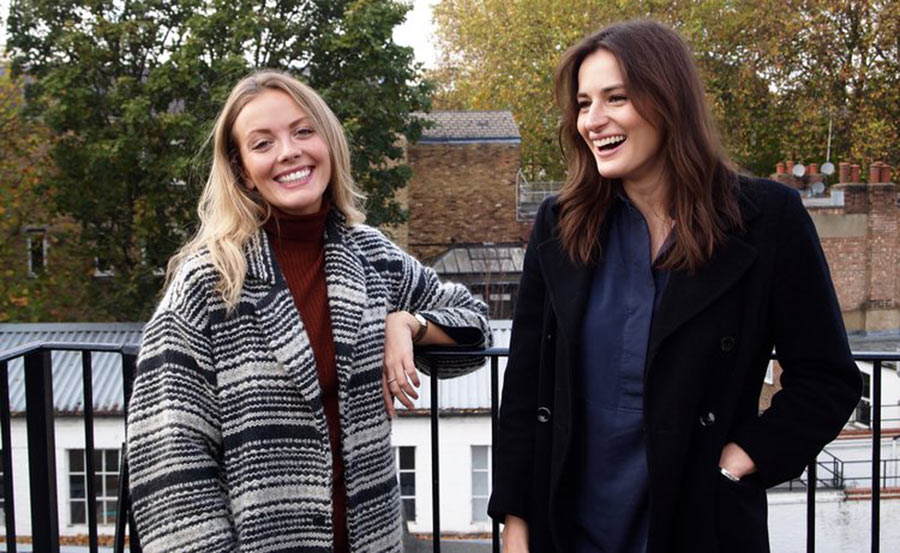 TAP was started by Polly Gilbert and Katie Whitlock, who quit their day-jobs in January 2017 to focus full-time on the small charity they had set up. The seed was sown in a fairly typical scenario. A freezing night in November 2015 in Vauxhall saw Polly and her boyfriend buy a hot dog from a stall for a nearby rough sleeper, only to have their offer politely declined as it was the fifth one that he’d been bought that night. At £5 per hot dog, that was equivalent to people donating £25 but clearly mass purchasing of overpriced junk food was not a good result of the generosity.

TAP is an attempt, says Katie, “to put the generosity of Londoners to good use in a way that’s safe, quick and easy”. The charity pitched to a venture philanthropy, The Hunter Foundation, and gained funding for the new scheme, with a second tranche of funding secured since then. It worked with start-up, GoodBox, which has developed a range of contactless payment devices for fundraising.

The volunteer-based first phase was intended to see how people reacted to contactless, says Katie. Both the technology, with people in London already used to tapping, and the local giving aspect of the scheme went down well, she says. Each tap is a donation for £3. That first phase raised £6,301. The hope is that the scheme can become self-funding.

In addition, TAP plans to provide training and speakers to allow the fundraisers to build up skills in sales so that they can move into employment.

With the Netherlands-derived Helping Hearts jacket scheme, donors receive an automatic payment notification on their bank account and personalised thank you from the homeless person. TAP in London uses thank you cards handed back by the recipient featuring artwork from fellow Londoners.

Katie says TAP has “lots of fun things up our sleeves, we want to keep it exciting”. The model looks perfectly applicable to other cities, where they might similarly harness local artists. “In every place there is art, homelessness and generous people,” she concludes.

Charities large and small have to move with the times but in the case of contactless payments, it isn’t just about adopting what has become a preferred means of payment for many people, there are clearly other benefits from using the technology as it provides security and confidence for the giver. From the small to the national heavyweights, this looks like the future of street fundraising.