Electric vehicles: Solution or part of the problem?

Are electric vehicles the answer to reducing road transport emissions? The answer, of course, is not straightforward. What is clear is that urgent action is needed in a sector that has seen an increase in emissions since 1990 in the UK, with a similar pattern in many other countries – setting it ignominiously apart from nearly all other sectors.

One consideration is the lacklustre uptake of EVs to date. But there is also the wider question of whether or not they are a good thing, per se. The theme received a good airing at this week’s Smart Mobility Summit in London.

“There is no such thing as a zero emissions vehicle,” pointed out Greg Marsden, professor of transport governance in the Institute for Transport Studies at the University of Leeds. Resources are needed to build battery-based vehicles and the emissions over the whole life of these is likely to be around half that of a traditional combustion engine vehicle, he said. His colleague, Jillian Anable, professor of transport and energy at University of Leeds and transport theme lead at the Centre for Research into Energy Demand Solutions (CREDS), agreed: “There’s still a huge amount of embedded emissions in the vehicles.”

“We’ve been sleeping on the job,” says Anable. Studies consistently suggest the need for a reduction of at least 15 per cent in car distance by 2030 even when pushing hard on the introduction of alternative technologies, and a reduction of up to 60 per cent if we continue to see sluggish electrification and an absence of sustainable solutions for heavy goods vehicles and aviation.

Emissions from UK road transport are about three per cent higher than in 1990. They were falling but have headed in the wrong direction in the last four years, with the main reason being sales of large vehicles and SUVs (sport-utility vehicles). SUVs now make up 21 per cent of new passenger car sales compared with 13 per cent only three years ago. This equates, says Anable, to around 35 SUV sales for every EV sale. 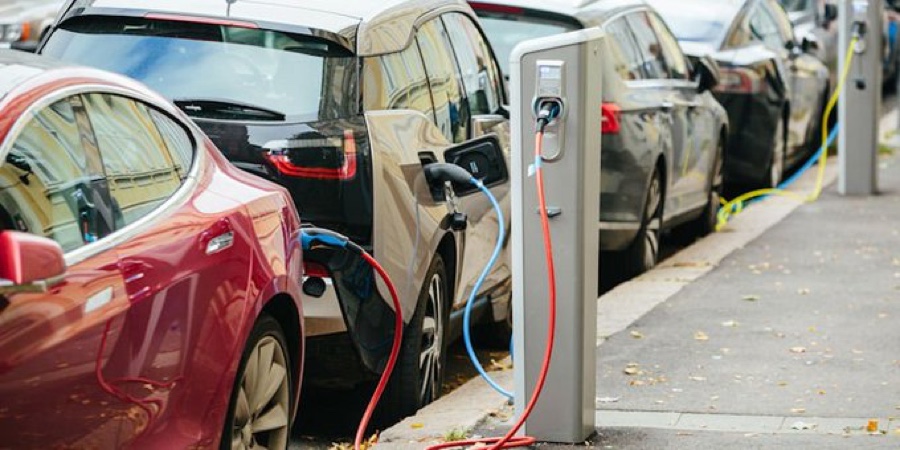 It is a global phenomenon, says Anable, and she sees transport as a collective failure, whether in relation to the climate crisis or other criteria, including air quality and obesity.

The case for and against EVs

While they bring some emissions benefits and would also have a big impact on air pollution and noise pollution, there are downsides to EVs. One commonly voiced concern is the electricity demands. There is no doubt that a surge in uptake would put pressure on the grid – one estimate is for an additional annual 18 gigawatts to be needed by 2025 (to put that into context, the planned new nuclear facility at Hinkley Point would generate 3.2 gigawatts).

Clearly, the electricity mix has a major effect on the carbon emissions of EVs. However, user or supplier managed charging can be effective for balancing the load, whereby the consumer or power provider manage the charging to take advantage of times of low use, typically overnight. Tests by the Transport Research Laboratory (TRL) showed both models worked and that consumers were positive about them, says Dr Neale Kinnear, TRL’s head of behavioural science.

There’s then the question of the minerals needed for the EV batteries. David Wong, senior technology and innovation manager at the Society of Motor Manufacturers and Traders (SMMT), does not believe lithium will be the problem but rather cobalt, as the demand for this is also from smartphones, laptops and consumer electronics. The bluish-grey element will be in short supply from 2025, even with developments to reduce its use in batteries, according to a report last year from the Joint Research Centre, scientific advisors at the European Commission. Most cobalt – almost two-thirds – comes from the Democratic Republic of Congo, with severe environmental and human rights issues.

Although there might be enough lithium to go round, it also comes with environmental and other costs. It is found in the brine of salt flats. Holes are drilled and it is pumped to the surface to evaporate in ponds. A Friends of the Earth report states: “The extraction of lithium has significant environmental and social impacts, especially due to water pollution and depletion. In addition, toxic chemicals are needed to process lithium. The release of such chemicals through leaching, spills or air emissions can harm communities, ecosystems and food production.”

Meanwhile, plug-in car sales are more or less static and eight out of ten are for hybrids (with SUVs the most popular here too). With hybrids, CREDS’s Anable points out, there is not yet the data to tell what proportion of their mileage is electric.

The market share for all plug-in car sales in the UK in the year-to-date is 2.71 per cent, says SMMT’s Wong. “Except China and Norway, we all have our work cut out.” 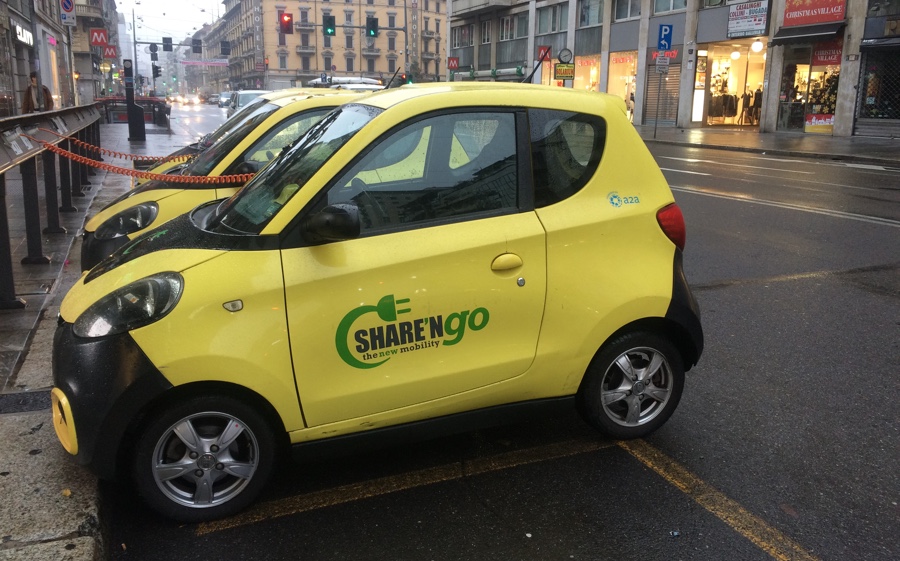 Electric car share in Milan – the best of both worlds

TRL has undertaken a number of trials on how the mass market views EVs. The upfront costs are clearly still a barrier. Around 30 to 40 per cent of the cost of an EV is the battery and Wong expects on-the-road price parity in about 2025. Norway’s solution is a simple one, he points out. If you remove VAT and purchase tax then this puts EVs on a par with non-EVs.

Another big issue, from a consumer perspective, is range. According to a TRL survey, for 50 per cent of people to consider an EV, the range would need to be at least 200 miles. For 90 per cent to consider one, it would need to be 300 miles. A reduced range is more palatable if the EV is the second car in the household. On the up-side, across all areas of performance, EVs are highly rated – “they are considered a really nice car to drive”, says TRL’s Kinnear

This range anxiety is all about perception, says Wong. Most drivers do fewer than 20 miles per day, he points out. Linked to this is charge anxiety, he says. “We must make sure that it is as easy as, if not easier than, refueling.” Here, the ratio matters: the right chargers in the right places. “It needs nationally-led coordination and locally-led implementation.” Almost 40 per cent of UK residents don’t have access to offstreet parking.

The price, range and charging anxieties extend as well to the commercial sector. The charging infrastructure is far worse for commercial vehicles than for personal, says Katy Taylor, customer and commercial director at the Go-Ahead Group. The price is currently around double that of a non-EV and this cannot be passed on to the passenger. There’s also the technical challenge so what might work well in London, with its relatively flat terrain and short journeys, might not work elsewhere. Nevertheless, as some companies are showing, such as Brighton-based Big Lemon, the much lower running costs offer compelling opportunities – https://smartercommunities.media/the-big-lemon-a-blueprint-for-community-buses/.

What’s to be done?

Part of the failure is governmental. The UK government uses phrases such as “We expect the transition to be industry and consumer-led”, says Anable. “The word ‘policy’ is conspicuous by its absence.” Manufacturers make the highest profits from the large, luxury end of the market, she points out, and only around two per cent of their advertising is for EVs.

She feels that there is also a lack of clear consumer information on the overall benefits of EVs, particularly around the lower cost of ownership after the initial capital outlay. Poorly structured regulations are another problem, as reflected in manufacturers being able to purchase CO2 credits from Tesla. Since 2012, Tesla has made more than $1.7 billion selling regulatory credits to other automakers, allowing the latter to make up for shortfalls in their zero emissions vehicle sales. Bloomberg News recently reported that General Motors and Fiat Chrysler Automobiles (FCA) have been two major buyers of credits (the identity of buyers were previously secret).

Those criticisms point to some of the core changes that are needed if transport is to fall into line with Paris climate targets.

A recent report from Transport for Quality of Life, commissioned by Friends of the Earth, was highly critical of the Department for Transport (DfT) – https://policy.friendsoftheearth.uk/insight/getting-department-transport-right-track – and came up with a slew of recommendations: 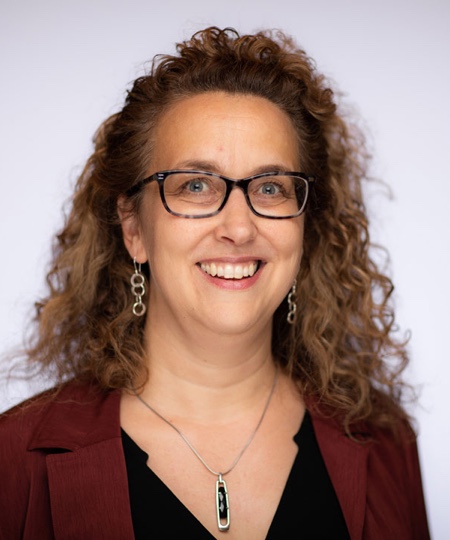 That report calls for a minimum reduction in travel by 2030 of 20 per cent and, points out Anable, both the government’s own select committees and CREDS come up with similar proposals.

Falling transport demands point to a way forward, says University of Leeds’ Marsden. When measured by mile per person, demand for car travel plateaued in the 1990s and has been declining in the last 15 years. Between 2002 and 2018, cycling increased by 50 per cent, rail by 41 per cent and taxis by ten per cent. Accelerating these sorts of trends could have a big impact.

Among the likely reasons for a steep drop in car ownership among young people, Marsden cites less security in employment, staying longer in education, and increasingly living with parents. More generally, people are commuting less, working from home more and have more flexible jobs. 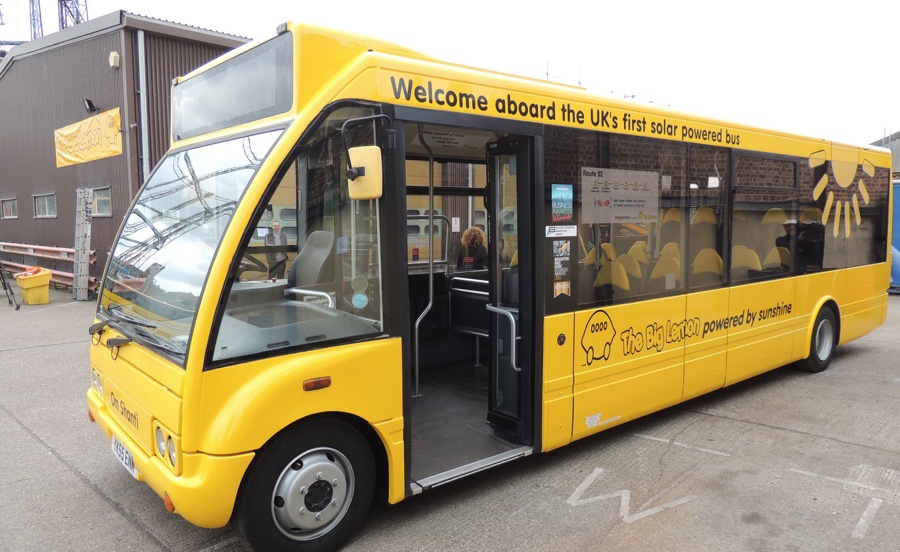 In Amsterdam, an interesting experiment shows both the potential and the hurdles to people relinquishing their cars. Volunteers were given €250 per month for two months as a mobility budget in exchange for giving up their cars for that time. The average monthly spend was around €140, which led participants to ask how the original sum was set. To which the answer came: it was based on the average monthly cost of car ownership.

It was a wake-up call but, even among a receptive group of people – “it was a biased group, to be honest, because they were willing to join the experiment”, says City of Amsterdam Innovation Officer, Deiderik Basta – only one-third decided to sell their cars at the end of the project. Citizens don’t care about “smart mobility” so as the next stage, the city’s aim is to interest them in reclaiming the space that cars take up, asking them what they would use it for. The goal is to remove 11,500 parking spaces by 2025, to be replaced by play areas, trees and bushes, benches and spaces for bikes and electric car shares.

Marsden feels that moving quickly to find solutions around behavioural change is essential, particularly shared mobility that can scale across the country. “If we could increase sharing, it would have a big impact on traffic. Smart motorways cost around £9 million per lane mile and have an average of seven per cent benefit in throughput, he says. Increasing car sharing could be far better value for money.

A report co-authored by Marsden and Anable, concludes: “More intensive use of fewer vehicles already offers a cost-effective, socially progressive and implementable set of options to cut carbon.” If the average occupancy rate of cars in 2050 was 1.7 as opposed to 1.3, then traffic growth would be five per cent instead of 55 per cent. The report sets out 20 recommendations for sharing mobility: https://www.creds.ac.uk/publications/where-now-where-next/. Here (another topic in its own right) autonomous vehicles (AVs) could have a significant role to play.

Reducing car travel, removing cars, increasing the number of passengers per vehicle… and passenger-filled EVs looks to be the way to go but it is clear the latter are not the proverbial ‘silver bullet’. “Please stop using the word revolution in the same sentence as EVs,” says Anable. An EV is just a car and if we are going to refer to a ‘revolution’ then more appropriate would be the alternative dictionary meaning, she says: “Going round in circles”.