Flying the flag for community engagement

Connecting people to community information and news should be easier in the digital age but this is not always the case. A project in three remote Armenian villages looked at how place-based knowledge can be delivered more effectively. Particularly interesting is the interplay between journalism, geography and mobile technology, writes Amanda Westgate.

It would be easy to assume that the most straightforward element of projects to improve living conditions, economic stability and prospects for communities is securing the buy-in of the people most likely to benefit. Particularly as mobile phones are viewed as being universally available and the ultimate connectivity tool.

However, one the underlying obstacles for community engagement globally is plurality in access to education, information and communication.

Finding ways to deliver important messages into homes and businesses on a micro level is tough. Gaining feedback, interaction and usable qualitative and quantitative data is even more problematic.

The team carried out a “Discovery Amplification Sustainability and Interactions” project – known as CAST – largely focusing on Armenia as their test bed. It was essentially place-based journalism. Support came from the UK Higher Education Innovation Fund.

Clare Cook, Senior Lecturer in Print and Online Journalism at University of Central Lancashire (UCLAN), was on the team. She describes the project as a “digital billboard” and a modern version of village storytelling traditions. 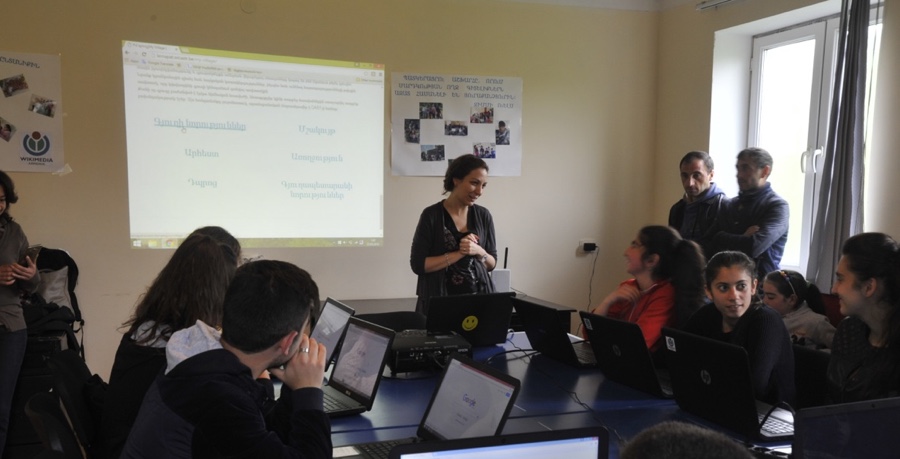 Inside one of the CAST classrooms in Armenia

The basic premise was that, though rapidly increasing connectivity and the power of the internet are a platform for transformation on some levels, this does not always translate to localised news and interaction at a community level.

There are still millions of people across the globe who don’t have a mobile phone. Even those who do may have limited access to ways to power those devices. Wi-fi connectivity is scant or spasmodic in some countries and locations. Which means even if you have a mobile phone that you can charge up, there are limited ways to obtain a constant flow of news. Then, of course, there are some countries that have Government controlled media, further restricting information engagement in its purest form.

This is not an issue confined to developing countries. For example, in the UK, the most challenged communities (requiring the most effort in communication provision and measurement) are also likely to be the ones with limited money to top up their mobile phones or connect them regularly to the internet. Even if they did, would their priority be to check local news and use platforms to have their say on key issues?

There are Smart City projects in the UK creating Citizen Journalists, such as one that has been successfully launched by CityVerve in Manchester. Candidates were chosen from many applicants to go out and report on the technologically-themed advances in the city. This then provides the community with perspectives and information delivered from “their level”. However, it could be argued this still doesn’t fully compensate for plurality in interacting with local news. 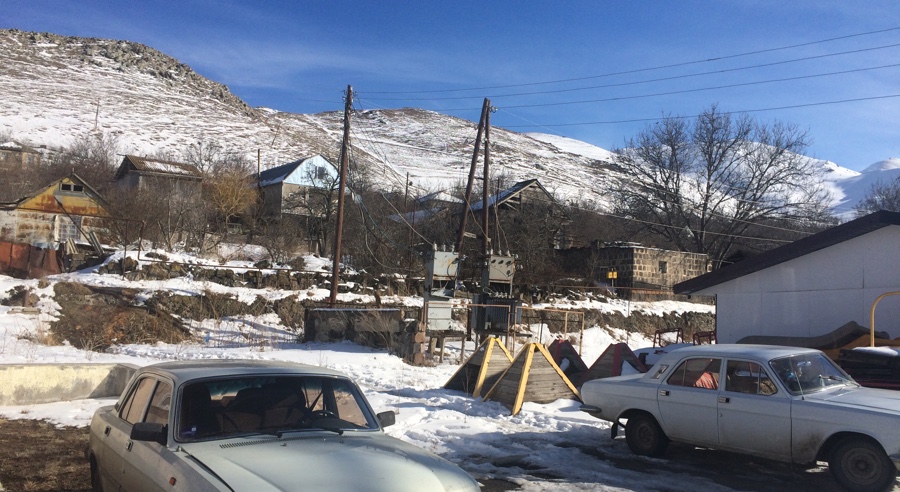 One of the Armenian villages

The initial CAST project aimed to provide a new way for policy makers and technology providers to both deliver local news without prejudice and secure vital data on the response. It prototyped a lightweight, cost-effective system to amplify relevant and socially valuable news and information. For this initial project, this was news already publicly available, scraped into a more localised delivery mechanism.

The testing was carried out in rural Armenia, in the remote villages of Lernapat, Kamaris and Ltchashen. This offered what was considered to be an excellent test bed, especially due to the prolific outdated mobile technology and limited internet connectivity. It is also a country with government controls over news output.

Steering away from using the beacon principle (which relies on a user going through a series of steps to connect through Bluetooth) the team instead used wi-fi broadcast devices in key community spots such as the local health centre. There was no requirement to register. Users could access the pre-prepared localised content simply by proximity to the device. Content for this place-based journalism was scraped from news and information websites. During its seven-month trial, almost 5000 articles were converted into static pages.

UCLAN’s Clare Cook explains: “It was a decentralised form of the internet. It was also the sort of hyperlocal storytelling that Smart Cities could use as pop up provision at bus stops, health centres and other key spots, to provide measurable, focused content.

“The resulting insights offer content providers drilled down data on what is consumed and for how long, for example.”

So was it a Success?

As with many such early proofs of concept, CAST was not without its problems. There was still significantly more interest in accessing the global social media for example.

“There was a healthy dose of suspicion from the local population. Was this simply another form of propaganda?”

And there was early resistance. Cook says: ”There was  a healthy dose of suspicion from the local population. Was this simply another form of propaganda? Also, some felt it was simply a slower form of their existing news spreading method – word of mouth.”

Connectivity was also an issue, including impatience with download times. It also still required people in impoverished communities to meet the cost of having their phones charged and connected.

Among the concrete positives from the project is that the tech company that backed it has now developed a piece of enclosed, tamper-proof outdoor hardware that can transmit localised content.

Cook says: “If nothing else, CAST has already opened the door a crack to something that global technology companies have been searching for. There are ways to gather online and offline analytics that show internet interaction on a highly localised level.

“The next step needs to be more proof of concept projects to show other applications for amplifying news coverage and measuring impact, perhaps in situations which are inherently different. It would be especially interesting to show its value to providing decentralised and hyperlocal news that engages young people.”