From Kraftwerk to classical: The power of musical heritage

Self-proclaimed preacher, shaman, maniac and exhibitionist, Marcel Rösche, is leading his band, Love Machine, in a pulsating Americana/Krautrock set at the small, intimate Düsseldorf venue, the Tube Club. However, this isn’t deep into the night in this music-mad German city. Instead, it is mid-afternoon and the audience are attendees at the 2018 Music Tourism Convention.

The previous day, in neighbouring Cologne, there had been talk of sweating assets, key performance indicators, building brands and the relatively high average spend of music heritage tourists. At times, even an event on music can sound like any other business conference.

Here lies the existential issue: Can you – should you – package and market music for economic gain? It is easy to imagine past musicians turning in their graves but ever more places across the globe believe it is a good idea, from Düsseldorf to Mississippi, Liverpool to Lesbos.

A proactive strategy can attract visitors – including outside of peak periods – as well as bringing vibrancy and life back into places. In so doing, it can attract new businesses and encourage young people to stay rather than move elsewhere to live and work. “If you don’t have a scene, you don’t attract young, talented workers,” says Janet Arnold, VP partner relations for Indianapolis’ tourist bureau, Visit Indy.

Take Mississippi, which has been at this longer than most. It has built a new brand for the state since 2004, with the arrival of a musically inclined governor. A Mississippi blues commission was set up to research and highlight the state’s history and to develop a Mississippi Blues Trail. Among those involved were artists – young and old, starting with those who were still alive, such as (at the time), BB King and Bo Diddley, plus scholars and residents.

There were an initial 128 suggested blues trail markers. That number is now up to 200, supported by a map, website and app. Sites include clubs, juke joints, recording studios, museums and places where events occurred that made their way into blues lyrics. The grave of 1930s pioneer, Robert Johnson, is probably the most visited, says Visit Mississippi director, Craig Ray, and the overall success of the initiative ”has been beyond our expectations”. 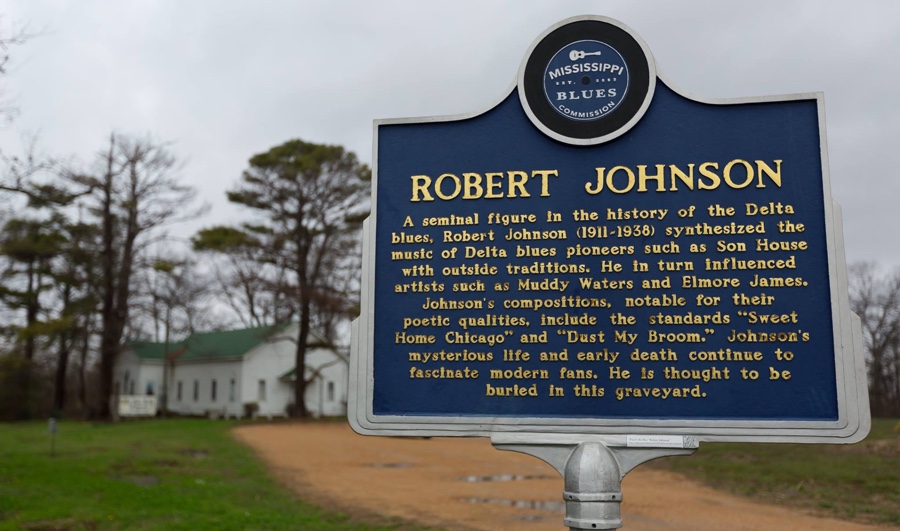 Ray adds: “There is a beginning but there is no end” as reflected in the imminent next marker, at the birthplace of Buddy Guy in Louisiana, plus a ‘Bridging the Blues’ Festival in partnership with Arkansas and Memphis, a new home for the extensive collection of country singer, five-time Grammy award winner, Marty Stuart, and celebrations to mark the 50th anniversary of Jackson-based Malaco Records.

If you have the Beatles, what more do you need – the ‘branding gods’ have already smiled on you, observes Liverpool’s marketing director, Chris Brown. But, “do we take them a bit for granted, could we do better – the answer is yes”. Since 2015 the city has been on UNESCO’s Cities of Music list but he admits that it probably hasn’t used this well enough to date. “It is not about the badge, it is what you do with it.”

The city is in the process of setting up a music board and music office, using its current film office as a blueprint, and it is creating a music officer role. Annually, spend in the city by music tourists is estimated at £416,000, with another £937,000 from live music audiences.

Liverpool wants to maximise the opportunity and ensure that music can flourish and grow, for mutual benefit, says Brown. It is not just about the economic impact but also about the benefits for residents and the places they live. “Music is a brilliant way of pulling people together,” he says.

The work in Liverpool includes supporting local talent and ensuring that venues are protected – according to UK Music, around 35% of music venues across the UK have closed in the past decade (there were similar tales at the convention from Sydney and Berlin). It also means building regional and international strategies, working with other UK cities, such as Manchester, or further afield, such as Hamburg, which played such a formative role in the Beatles’ development in the early 1960s.

What about those places where the ‘branding gods’ haven’t been so obviously benevolent? “If you take a close look, you will find many, many interesting things,” says Jan-Paul Laarmann, of the regional tourist board covering the Cologne, Düsseldorf and Ruhr region. It has launched its #Urbanana campaign of trails and tours. “Don’t try to sell a destination as something it is not,” he advises. “Leave blanks, let the city speak for itself, create wormholes not trails”. In other words, don’t be too prescriptive – allow visitors to explore for themselves. 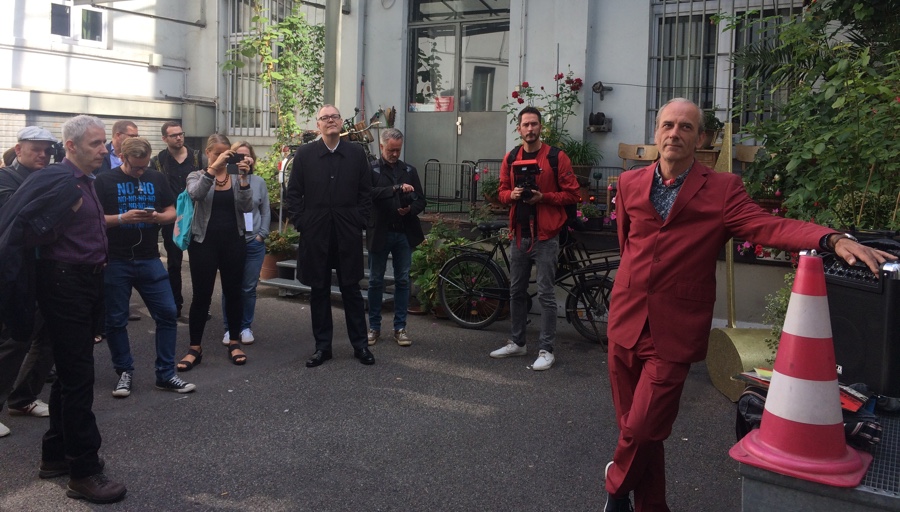 German pop music author, Ole Löding, recommends giving artists a voice. They know the good places, he points out, as well as the places to avoid because tourism would swamp them. “Best case scenario”, those artists can become ambassadors for their places.

Pablo Camino, director of Spain is Music, points out that even if someone doesn’t like a genre, they are often curious. Every Spanish city has a different style of flamenco, so through music visitors can gain a different perspective of each.

One genre can also connect to another as well as to other areas, such as art, history or architecture. And as Löding points out, “no genre comes from nothing”. Each has its roots and a future, so the links can also be back and forward in time.

There are places that have created highly successful music festivals out of nothing. Winslow Arizona has capitalised on a single lyric in an Eagles song, the band’s first single, released in May 1972, Take it Easy:

Well, I’m a standin’ on a corner

and such a fine sight to see…

From this came the Standin’ on the Corner Festival, park, café, souvenirs and a bronze statue of late Eagles lead singer, Glenn Frey.

Music is also seen as the way forward in cities as diverse as Vancouver and Hull, building on the legacies from the 2010 Winter Olympics and 2017 UK City of Culture respectively. Vancouver is just starting now to put together its music strategy, working with UK specialist in this area and host of the convention, Sound Diplomacy, and creating a new dedicated music post.

The classical international music festival in Molyvos on the Greek island of Lesbos is a prime example of what such an initiative can bring to a place. At the forefront of the refugee humanitarian crisis, the island had experienced a 70% drop in tourism. Now in its fourth year, the festival has been an important part of reversing that decline, as well as educating and connecting people, making it accessible to local residents and refugees, as well as to visitors, and reflecting this in the festival programme itself, such as including works by a Syrian composer.

In Manchester, the cancellation of 15 concerts at the city’s 20,000 capacity Arena Stadium after the terrorist bombing in May 2017 brought home to many people the economic impact of the venue, for hotels, shops, restaurants and other businesses. The city “surprisingly” does not have a music strategy, says Nick Brooks-Sykes, Manchester’s director of tourism and marketing. However, there is now strong support from the mayor, a night-time tsar has been appointed, and music is very much part of the way forward. The heritage is extremely rich, he says, and the challenge is now how to build a narrative of the city from this. 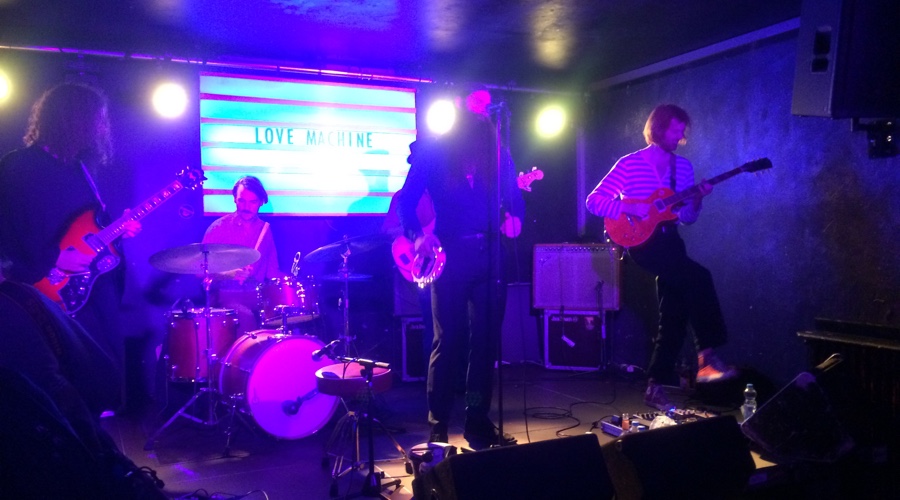 Johannes Everke, marketing director of Hamburg, echoes the advice about talking to the musicians, music labels and venues, as well as to residents, to ensure that the strategy benefits everyone and that issues, such as noise and late-night crowds, are dealt with early and with those who will feel the impact. Lori Janson, director of destination development for Tourism Vancouver, agrees – there needs to be really good communication with locals.

“How can music not fit into a tourism masterplan,” asks Robin Tuddenham, chief executive of Calderdale Council in West Yorkshire. His advice is to take a small group of people you trust, step back, support them and let them get on with it. Halifax, in Calderdale, now has a music heritage trail and has held concerts, a photo exhibition and a film made by Calderdale College film students. The town has a strong industrial heritage and music is interwoven with this. It also claims the smallest venue in UK, that holds 18 – “or 12 if there’s a drum kit!”

Let’s end where we started, in Düsseldorf. It has some classical German attractions including the Altstadt, Rhine and Christmas market. However, it is now focusing as well on music with, understandably, Kraftwerk at the heart of much of this.

For Kraftwerk and other Düsseldorf bands such as punk outfit, Die Toten Hosen, the city’s tourism managing director, Ole Friedrich, cites the likely catchment as affluent 40-50 year-olds seeking to experience their youth again. The potential was brought home when Kraftwerk played a concert to mark the start of the 2017 Tour de France from Düsseldorf. It was “highly Instagramable” and resulted in 1,662 online articles, 5,047 social media posts and 56,314 interactions.

The city’s strategy is also about supporting and nurturing today’s talent, such as Love Machine, and protecting venues so that they have places to perform. “We want music to explain and market the city,” says Friedrich. It now has its annual Open Source Festival at the city’s horse race course, uses local bands such as Love Machine as ambassadors, and has adapted its city tour route and commentary to include its music heritage.

More and more places are doing the same, whether their music heritage is obvious, such as in Mississippi and Liverpool, or more hidden. For every place that has implemented a strategy, many others seem to be at different stages of planning. For the economy, as well as for current artists and venues, this can only be a benefit.
By Martin Whybrow|2018-09-09T09:18:36+01:00Sep 3rd, 2018|Economy|0 Comments