Giving a voice to the world’s slum dwellers

When considering city planning, there are often large swatches of the population that have no voice – slum dwellers. However, a community-led initiative that started in the early 1990s has grown into a significant movement, linking slum dwellers around the world and giving them an important city-level, national and international presence.

Rose Molokoane has been involved since the outset and is now chairperson of the 80,000-member South African Homeless People’s Federation and a board member of Shack/Slum Dwellers International (SDI).

She has become an advocate for people’s rights around the world and was at last week’s local government ICLEI Resilient Cities congress, where Smarter Communities caught up with her to talk about what has been achieved and what is still to be done.

The initial work that led to SDI was carried out in Durban and stemmed from a project called ‘People’s Dialogue’ led by the Catholic church. The question, she says, was “how can we enable communities to be self-reliant?”

There was early interaction between South African and Indian communities, via an exchange programme, and this was then extended to other countries, including Zimbabwe, Namibia and Kenya. “It was time for poor people to come together and get an agenda that met their needs,” says Rose. The programme has broadened, taking in other African countries, such as Uganda, as well as Asian ones, such as the Philippines, and Latin America, including Brazil. There are now 34 countries involved.

The communities exchange knowledge, tools and experiences. For instance, the initial interactions happened during the fight to free Nelson Mandela but advice from India was not to assume that this would solve everything, as had been assumed after the end of British rule in India. There was also greater self-sufficiency in India, compared with South Africa, with the latter tending more towards blaming and waiting for the government to help, says Rose, so there were lessons here. 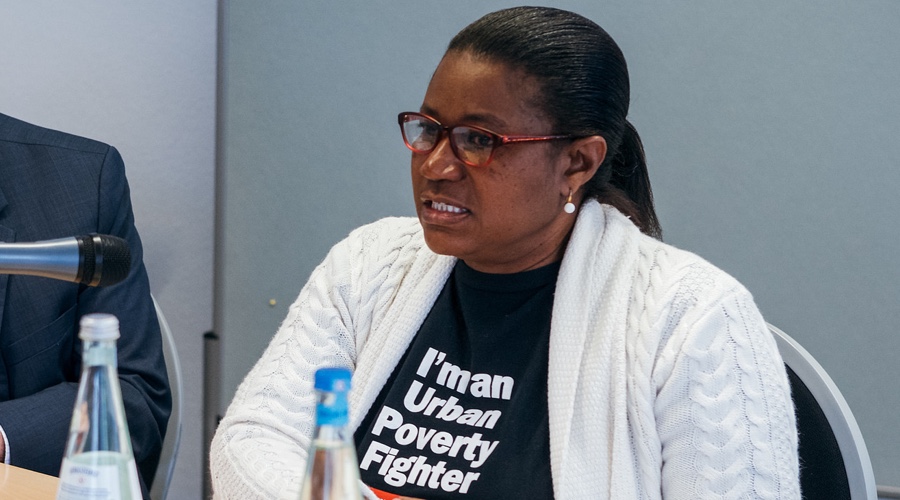 Importantly, the movement started to provide a voice for the communities with their local, regional and national governments. “You can’t just be an island on your own, you need partnerships with governments,” she says. An early example was in South Africa, where the government pledged to provide Rand 10 million but sought a model for how best to use this by working with the community.

The combined voices started to bring influence, particularly related to housing policies and services provision. In the past, the requirements could often be too centralised and would miss the mark in terms of what was actually needed. “Most cities don’t know about their own settlements,” says Rose. Indeed, on some occasions, they don’t even know where they are. She gives the example of one municipality that had a forest on its plans without realising that there were around 3000 households living there.

Profiling is done by the people themselves, collecting data such as the number of households and population, the status of the land and ownership, current services and the main challenges and priorities, but also charting the history of the community. For households, among the data captured is number of children, their ages, whether or not they are in education, and the household’s financial status.

“It brings together the community to be more resilient. It is not just about bringing in money, it brings people together,” says Rose. It empowers people to make choices for themselves and to break down resistance to working with governments.

At the same time, there clearly needs to be the political will, she says, and this varies from country to country. In some countries, the municipalities have seen the collective action as a threat. “They don’t want to engage except to consult on decisions that they have already made in their offices.”

The need for engagement particularly comes to the fore when there are plans to relocate communities. Too often, this has been merely a case of eviction, moving the problem without any consideration for those involved. It makes no sense, she points out, as it destroys people’s property and just creates another slum. There needs to be community buy-in, security of tenure, infrastructure and services, and recognition and preservation of the community.

There is often a lack of reaching out, says Rose. However, in Kampala in Uganda and in Nairobi in Kenya there are good examples of community engagement, the latter centred on the Mukuru informal settlement in the south-east of the city, where the community-led profiling has been done and, instead of eviction, SDI has been able to negotiate the movement of 10,000 people to a better area through agreement with the community, not through force.

Rose says there are also strong relationships in Durban and Cape Town. As an example of the exchange of information, dwellers in Durban met their counterparts in Mukuru to understand what had been achieved. 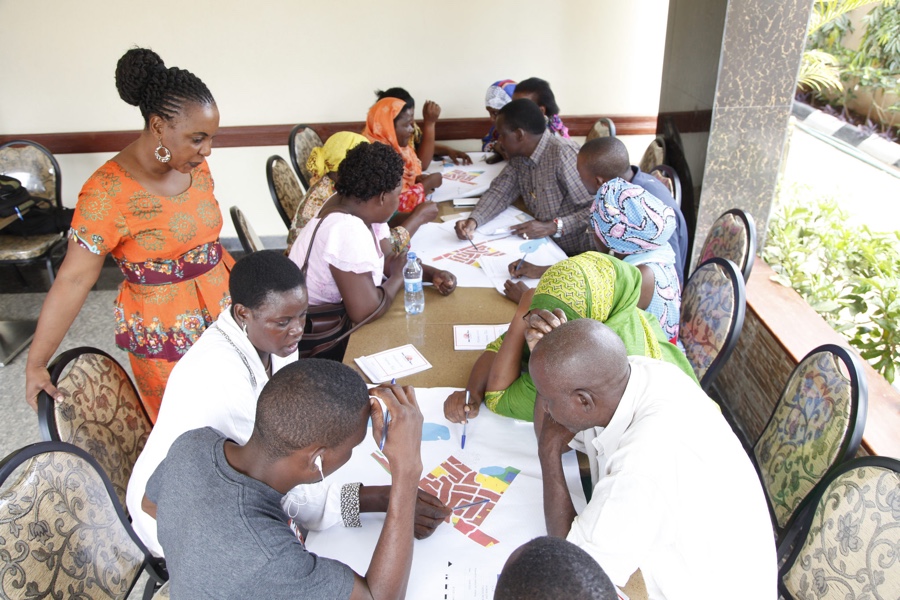 There is also work in Lagos in Nigeria, particularly related to informal settlements along the riverbanks, to strengthen these communities, she says. The authorities need to recognise that people are forced by circumstances to occupy the land and that, instead of the evictions of the past, it is better to sit down around a table, engage, talk, listen to the people, and use this to inform their policies.

Financial support for communities is also important, via micro-loans, which SDI has made directly from its funds in many countries, while also talking to banks and microfinance institutions (MFIs) about the importance of investing at a community level and on a truly affordable basis for people

There is work with global agencies, such as the Cities Alliance and the United Cities and Local Governments (UCLG), while the Rockefeller Foundation’s 100 Resilient Cities programme has also created engagement with members, says Rose, including in Accra in Ghana, Cape Town, Durban and Nairobi.

Also doing important work to better understand the dynamics of slums to improve support is Linda Beyer, now at Oxford University, focused on sustainable urban development, and previously working for 15 years across Sub-Saharan Africa with UNICEF and the International Development Research Centre. All slums are different, she points out. Of late, she has particularly been working in Mukuru and another Kenyan slum, Korojochu, including carrying out interviews.

As an example of the differences, Linda cites the fact that the latter has a high proliferation of households that are headed by women and is also particularly violent, with 80 per cent of people feeling unsafe. In Mukuru, which is closer to an industrial area, there is more employment, whether scavenging or other forms, but around 43 per cent of households have experienced flooding.

Linda is seeking to create a better understanding of the dynamics of these informal communities. For instance, there tends to be a lot of hearsay in slums around help and many people won’t use loans because they are concerned about harassment. There are also common forms of behaviour, such as taking children out of school and sending them begging or scavenging when a family member is taken ill. The work is also seeking to identify the ‘tipping points’ in terms of food production, supply and prices. 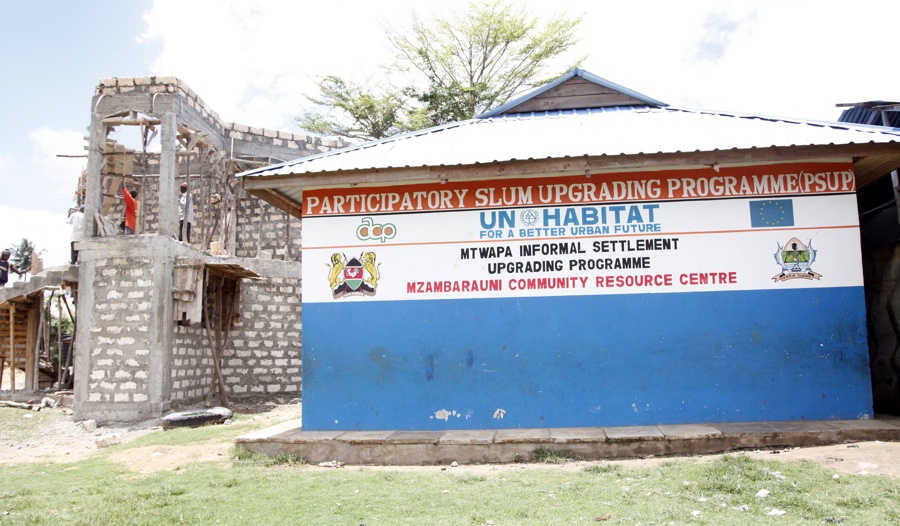 Funding and scaling up

While SDI has had backing from a number of funding agencies, “we lack the financial support to scale up what we do”, says Rose. She points out that its work is closely aligned with the UN’s Sustainable Development Goal (SDG) 11, with its aim to ‘make cities and human settlements inclusive, safe, resilient and sustainable’, so too the UN-Habitat human settlements programme. However, a lot of on-the-ground activities are informal and there needs to be both more structure and scale to the efforts, she feels.

Nevertheless, despite the challenges, a great deal has been achieved in the last few decades within some of the world’s most impoverished and vulnerable communities, helping to change the mindsets and policies of decision-makers through giving a voice and empowerment to the people.