Nesta’s inaugural Government Innovation Summit was guaranteed to give even the most pessimistic of public sector worker a bit of a lift. Over the course of a day at the Brewery in the centre of London, a succession of speakers set out a vision for future government and highlighted initiatives that could point the way forward.

That pessimism is, understandably, rife. Only one-third of front-line staff believe their councils are ready to innovate to face the challenges of the next decade. For those that are seeking to innovate, “it can be enormously isolating at times”, said Nesta’s lead for government innovation, Vicki Sellick.

In some countries, such as Canada and Finland, there is a central government structure for experimenting, with dedicated teams, so that things are tried out. In the UK, pointed out Nesta’s chief executive, Geoff Mulgan, we tend to experiment on the entire population. Nesta has its States of Change programme to “develop the next generation of public innovation learning”. It is also preparing a Challenge Prize programme to encourage people to come forward with solutions to the most pressing problems in society – www.challenges.org.

The need for re-skilling and changing the culture within the public sector was a theme running through the event. Martin Stewart-Weeks, principal at Australian practice, Public Purpose, felt the issue was not lack of tools (“there are loads of them”) but nurturing a culture that gives permission to use them. Public sector workers are often “trained to an inch of our lives to come to every meeting with draft answers” whereas it would be better to come instead with draft questions and an ability to let go of having to be in control. 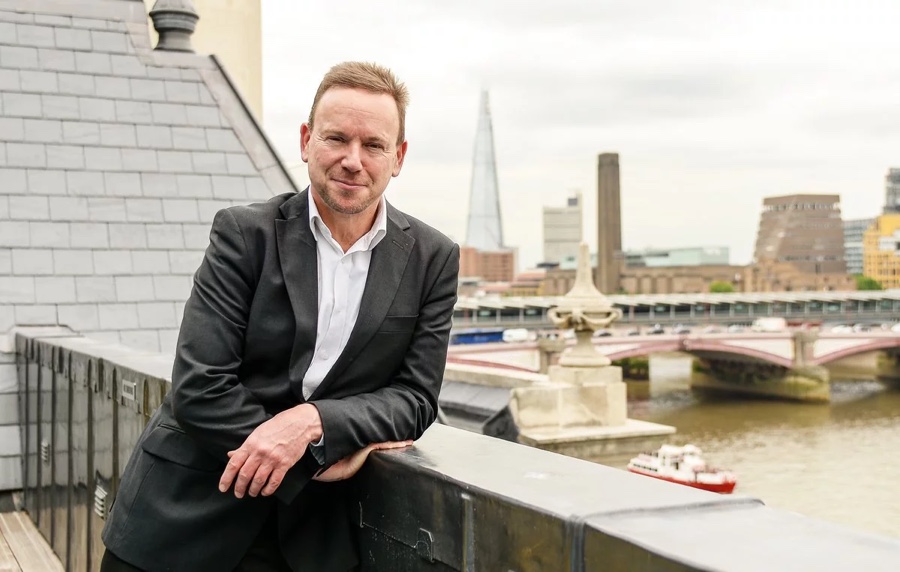 So what is a good example of innovation? In Worcestershire, there is a programme called Reconnections, in which Nesta was involved alongside the county council, AgeUK and NHS. It was designed to provide a personalised response to chronic loneliness. The emphasis is on listening to the individual, to understand their particular needs and interests to turn their life and health around on a meaningful, long-term basis. It works with partners and a team of volunteers, with solutions that span befriending to boules, lunch clubs to libraries, pubs to pets.

The scheme had a fairly tough start, admitted Ben Jupp, director for the health and care practice at Social Finance, with a challenge to recuit enough people but it has proved to be a success and is now due for national roll-out, having been transferred to the charity, Independent Age.

An issue, particularly around areas such as mental health, is measuring the return. There might not necessarily be savings, per se, or those that do accrue might well fall in another area. Where a project is about beneficial outcomes, rather than cost savings, it is better to stop pretending, said Andrew Burns, associate director at the Chartered Institute of Public Finance and Accountancy (CIPFA). He was critical of the UK government’s tendency to make one-off payments (50 and counting in 2019 to date) rather than tackling long-term funding issues. Mulgan felt there needs to be technical advances to bring the same type of rigour to investing in people as there is to investing in capital assets.

Another example of innovation is Wigan Council’s The Deal – https://www.wigan.gov.uk/Council/The-Deal/The-Deal.aspx. This is described as an informal agreement between the council and everyone who lives or works in Wigan to work together to create a better borough. It is based on a series of pledges for the council (such as cutting red tape, create opportunities for young people and help communities to support each other) and citizens (such as recycling more, volunteering in communities and using online services), to try to create a partnership, with savings reflected in reduced council tax.

In the UK, Scotland is a place to look for innovation in action, as embodied within the Scottish Local Government Innovation Exchange. Its website – http://www.innovationexchange.scot/– brings together information on innovative projects across the country, allowing local councils to share and scale up good practice and innovation. 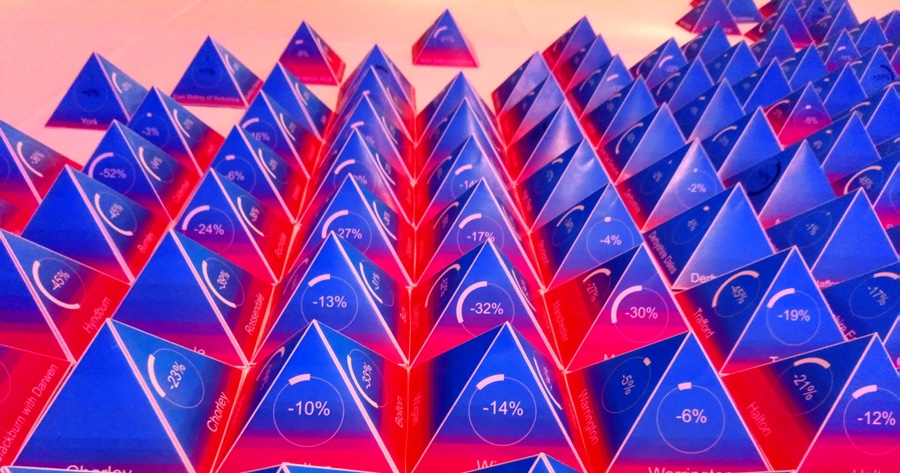 On show at the Summit: Cath Sleeman‘s physical data visualisation, The Backdrop, uses over 350 paper pyramids to show the relationship between deprivation and the cuts to local authorities across England

What might government look like in 2030? Hilary Cottam, social change expert and author, hoped it would be centred on “the regeneration of people and planet”. However, it will require a considerable transformation to get there. As she has written, “Everywhere the social systems, tools and frameworks we inherited in the last century are proving unfit for purpose”.

Cottam believes governments fail to see and react to entrenched poverty and look at problems as occasional and fixable with short-tem solutions. Government 2030 will connect with the energy of collective groups, such as Extinction Rebellion, that are bubbling up and would include a Future Generations Commissioner, as established in Wales with the Welsh Government’s Well-being of Future Generations Act.

That pioneering legislation requires public bodies in Wales to think about the long-term impact of their decisions across resilience, equality, prosperity, health, cohesive communities, a vibrant culture and Welsh language, and global responsibility.

At the centre of her book, Radical Help – http://www.hilarycottam.com/radical-help/ – Cottam lays down her belief that human connection is essential to new ways of working. “When people feel supported by strong human relationships, change happens. And when we design new systems that make this sort of collaboration feel simple and easy, people want to join in.” Solutions will need to be on a human scale and “deeply participatory”.

A key question for residents will be: “What’s happening in your life?”, with solutions framed around the answer (so along the lines of the Reconnections scheme) and there will be a need to identify and use those resources that are abundant in a community, such as volunteer time. There is also an urgent need to “design for the people not in the room”, so giving full consideration to the most vulnerable and least able to speak up.

Mulgan emphasised the desperate need to rebuild trust in government, which is only feasible by “demonstrating you are trustworthy”. Attributes for doing this will include re-establishing a moral purpose and being good at saying “sorry” when things go wrong.

Nesta’s fingerprints are all over many of the most innovative schemes that are under way and this is no doubt one reason why it is able to build such interesting agendas for its events. There were ideas and inspiration aplenty for the 250+ attendees to take back to their organisations, if only they can find the breathing space to put them into practice amidst the day-to-day need to try to hold together statutory services after ten years of austerity.
By Martin Whybrow|2019-10-15T13:29:42+01:00Sep 25th, 2019|Society|0 Comments