Is positive change finally on the way in the banking sector?

For many people, the idea of a good bank is a contradiction in terms but, of course, not everyone should be tarred with the same brush. There are good guys out there but they are too few and the voices for change are often drowned out by the big vested interests that benefit from the current system.

The EU is looking at sustainable finance at present, with a High-Level Expert Group focused on the topic (https://ec.europa.eu/info/business-economy-euro/banking-and-finance/sustainable-finance_en). That might not send pulses racing in expectation of meaningful reform any time soon but at least the topic is on the agenda and, in many countries around the world, consumers do have the choice of ethical banks. In the UK, the launch at long last of a current account by Triodos Bank is an important additional option for ethically-minded consumers.

Capital as a tool for good

Triodos Bank is part of the Global Alliance for Banking on Values (GABV), in which many of the good guys are gathered (46 banks at the last count). As part of the GABV’s input into the EU study, it has co-authored a report, “New Pathways – Building Blocks for a Sustainable Finance Future for Europe”. Also involved in the report have been Finance Watch (an independent non-profit organisation) and Mission 2020 (an initiative launched by Christiana Figueres, former Executive Secretary of the United Nations Framework Convention on Climate Change and architect of the 2015 Paris Agreement). 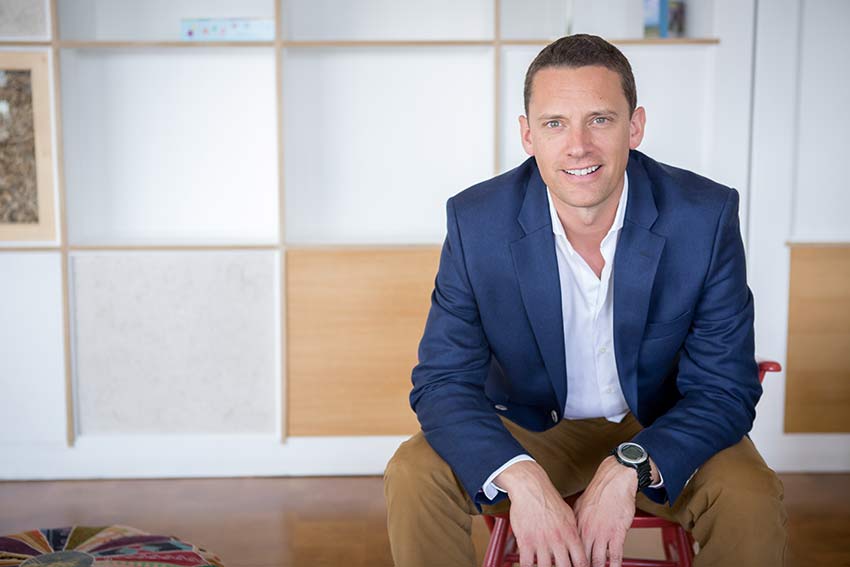 The report is described by Bevis Watts, managing director at Triodos Bank UK, as, “a platform to bring together some collective thinking on how governments and consumers can bring about change”. We meet in Triodos Bank UK’s Bristol headquarters, an appropriately eco-friendly building in one of the UK’s greenest cities.

“Climate change is a risk for banks,” says Mr Watts. If governments have to legislate to meet climate change targets then this could have a big impact on some of the banks’ assets, particularly those of fossil fuel. Change in the banking sector can be driven by changes in capital allocation, which is basically what drives banks’ profitability. If they had to hold more capital against fossil fuel assets, then this would shift the economics.

Conversely, positive change could come from reducing capital ratings for other areas, such as renewable energy and social housing. The lever of capital could be used to do good and to reward low risk, socially beneficial investments.

The European Commission defines sustainable finance as “the provision of finance to investments taking into account environmental, social and governance considerations. Sustainable finance includes a strong green finance component that aims to support economic growth while: reducing pressures on the environment; addressing green-house gas emissions and tackling pollution; minimising waste and improving efficiency in the use of natural resources.” It also, according to the EC, encompasses increasing awareness and transparency of the risks that may have an impact on the sustainability of the financial system and the need for financial and corporate actors to mitigate those risks through appropriate governance.

The High-Level Expert Group was launched at the end of 2016 and an interim report was published in July 2017. That interim report proposed “quick action” including a classification system for sustainable assets, a European standard and label for green bonds, fiduciary duty that encompasses sustainability, better disclosure from financial institutions and companies on how sustainability is factored into decision-making, and a ‘sustainability test’ for relevant EU financial legislation.

The High-Level Expert Group is also examining other policy areas, cited as: integrating sustainability considerations in ratings, improved transparency requirements for listed companies, and increasing the level of sustainable investments through stable long-term policy frameworks and a strong pipeline of sustainable projects.

As well as “recalibrating regulatory instruments”, particularly capital requirements, the GABV/Finance Watch/Mission 2020 report calls for much greater transparency and a new regime for European Sustainability Funds so that they are available to all.

Bank reporting doesn’t come any more transparent than that of Triodos Bank, which provides details of every one of its lending clients, but much of the sector remains veiled in secrecy. There is increasing reporting by the biggest banks on their performance in relation to sustainable goals but that’s about it at present.

Now it’s a case of wait and see…

Those in the High-Level Expert Group have currently gone off into a huddle, with the deadline passed for submissions, with a final report now awaited. The interim report gave an indication of where they are heading but the extent to which they offer tangible proposals, including using capital requirements as a lever for good, remains to be seen. For those who feel that it’s been pretty much business as usual for the banks since the financial crisis, with only tweaking of governance and capital requirements to date, there will be the hope of real change from the EU initiative.

In terms of timescales and next steps, a European Commission spokesperson says: “It is still early days to discuss the sustainable finance strategy, as work is still on-going in the High-Level Expert Group on Sustainable Finance. The HLEG will publish its final report in early 2018 and that the Commission has committed, in the CMU Mid-Term Review, to act on these findings by Q1 2018 when developing an overarching EU strategy on sustainable finance.”

In the meantime, at least concerned consumers can vote with their feet. Triodos Bank UK has not yet gone public on the uptake of its current account but 5000 people expressed an interest on day one and it is aiming to double its customer base in the next four years. Notably, it is charging for the current account (£3 per month) but this is common practice in much of the rest of the world and, as Mr Watts points out, other UK banks subsidise this supposedly free form of banking but charges elsewhere, often exorbitant ones on unauthorised overdrafts. The upfront charge is another example of this bank’s transparency; it would be an enlightened day when all banks had to be so open.