There are good reasons for Jamaica to have ambitious solar energy targets. Like most of the Caribbean, an historic lack of diversification of energy resources means it is heavily reliant on imported fossils fuels, resulting in electricity prices that are three-to-five times higher than in the US. Caribbean nations are also vulnerable to hurricanes and extreme weather. And, of course, they have a climate that is suited to solar, with high levels of year-round sun.

A high-profile project that was officially unveiled yesterday has seen the implementation of a solar array on the office of Jamaica’s prime minister, Andrew Holness. The project is meant to raise awareness of climate change and the urgent need to move to clean energy. It has been coordinated by non-profit organisation, Solar Head of State, which seeks to help world leaders become green leaders by installing solar panels on government buildings.

At the unveiling, Prime Minister Holness spoke of his ambition for the country to reach 50% renewable energy by 2030, up from the official policy of 30%. He said the island’s main energy utility company backed the call. 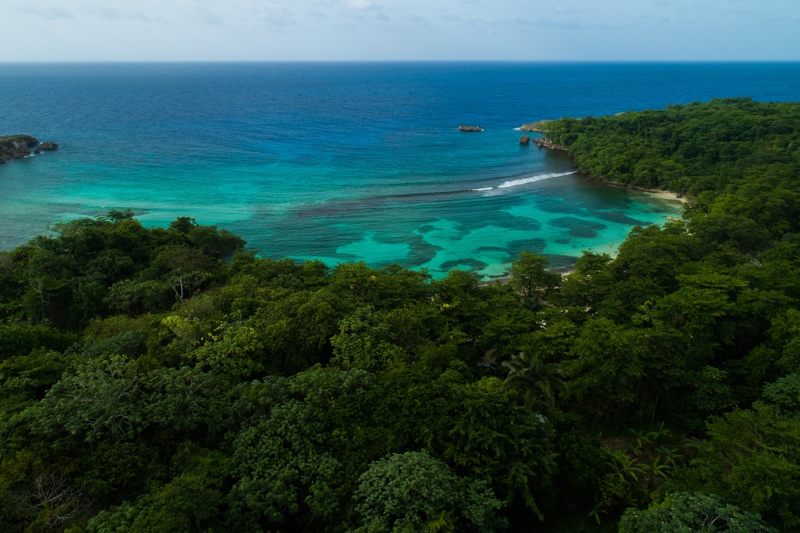 Jamaica: A climate ideal for solar

This is Solar Head of State’s third project, following on from others with the President of the Maldives and Governor-General of Saint Lucia. Solar Head of State director, James Ellsmoor, says more than 20 other projects are now in the pipeline, following agreements with the Pacific Island Development Forum and Organisation of East Caribbean States.

The high energy costs in the Caribbean are partly due to a lack of economies of scale, says Ellsmoor. There is also over-reliance on diesel fuel, with a traditional dependence on Venezuela – “which is not an ideal situation now”. On most islands, there is also a single, privately owned energy utility company. The current costs mean that the economics of solar make a lot of sense, he adds, while there is also awareness of the urgency around climate change and resilience.

As part of the educational aspect of the project, there was a solar challenge that encouraged youngsters to create communications projects to show the benefits of renewables to their peers. 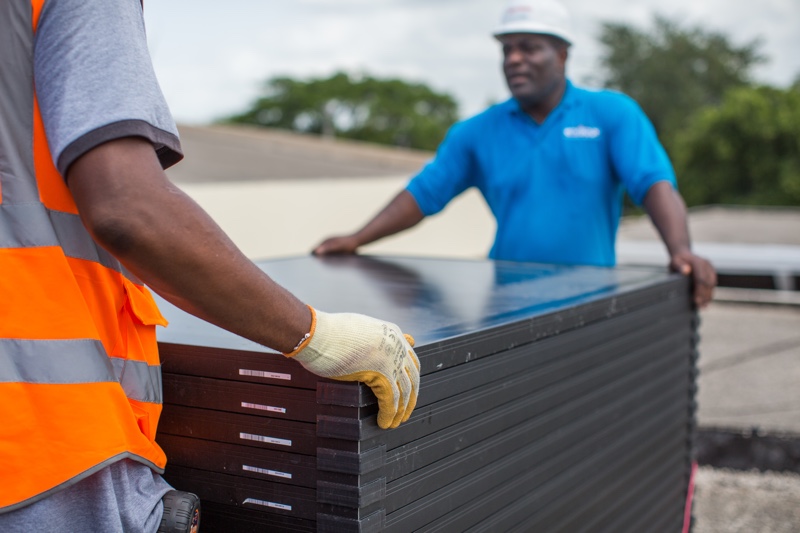 Implementing the panels in Jamaica

Partners for the Jamaica project included Solaria Corporation, which supplied the 15kW array; Enphase Energy, which supplied the microinverters; Missouri-based installation and engineering company, Solar Island Energy; and Jamaican solar installer, Envisage Energy. Also instrumental as a facilitator for the project was the Clinton Climate Initiative (CCI), part of the Clinton Foundation, which has worked on another couple of renewables projects in Jamaica.

The increasing severity and occurrence of hurricanes is of particular concern in the Caribbean. Last week’s Intergovernmental Panel on Climate Change (IPCC) report, which warned that there are only twelve years left for global warming to be kept to a maximum increase over pre-industrial levels of 1.5C, emphasised the risks for island nations.