Where Berlin and other cities have led with pop-up cycle lanes and other pedestrianisation initiatives, others can follow. To fail to do so would be to miss a major opportunity to influence the recovery for the better. There is a lot of talk of not returning to the old business-as-usual but, with transport, there is the risk that the post-Covid-19 situation could be even worse than the pre-, with a long-term lack of confidence in public transport having the potential to push even more people into their cars.

“Don’t waste this awful crisis,” says Matthew Baldwin, deputy director general at the EU for road safety and sustainable mobility. “Put down traffic bollards… get out the paint pots. If you get the [bike] lanes out there, people will use them. Perfection can follow. If we don’t, we will wake up one morning, we will draw back the curtains and find that the old normal is back.”

Baldwin was speaking on a Zoom conference this week organised by Denmark-based Ramboll Smart Mobility. As with so much of local government, highway agencies are typically beset by bureaucracy, meaning that things often move excruciatingly slowly. Bureaucracy is necessary – after all, we need our road schemes to be safe – but many of the existing rules and tools can be used for a fast response to the current situation, if there’s the will to do so. 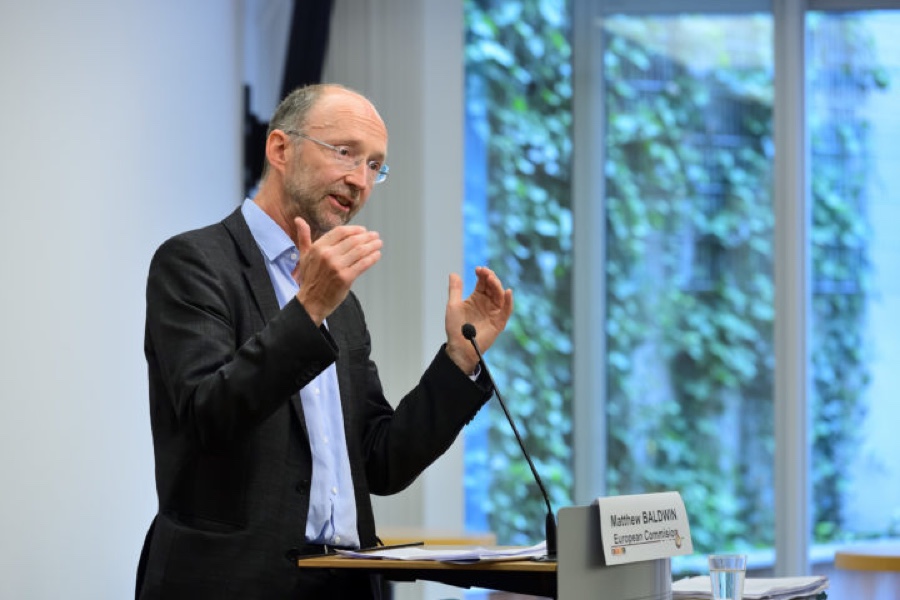 The Example of Berlin

In Berlin, delivering pop-up cycle lanes takes ten days, from conception to delivery and refinement. The anticipated mass move from public transport to cars was a key incentive. In around three weeks the city delivered an initial 12 kms of new lanes, mainly in the busy, densely populated central district of Friedrichshain-Kreuzberg.

The pop-ups include a busy inner city ring road. This was typical of so many streets, says Peter Broytman, cycling coordinator for the city’s Department for the Environment, Transport and Climate Protection. Of the three lanes, one was given over to parked cars and one was often double parked, creating dangerous hazards for cyclists to negotiate. Overnight, yellow lines and temporary bollards were put down to create a dedicated cycle lane.

It looks like a construction site, says Broytman, which isn’t a coincidence. To speed up the process, the city is using the same rules and safety templates for the pop-up lanes as it already had in place for roadworks. There is a two-day deadline for police and traffic authorities to respond, a three-day public information period, aerial-view photographs are used to establish the traffic sign diagrams, and, after the construction, there is a three-day period for any necessary refinements.

Helpfully, since 2018, Berlin mobility laws require protected bike lanes for all traffic arteries. This provided a firm legal basis for the pop-ups. “We’d already had a big political discussion,” says Broytman. There have been a few dissenting voices – “you can’t remove parking spots anywhere without someone complaining about it” – but the counter-arguments are prioritising the safety of cyclists and the fact that if public transport users move to cars en masse then the transportation system of the whole city will collapse. The need to free up space for the 1.5 metres social distancing adds further weight to the arguments.

More than 90% of the feedback has been positive, highways staff have been presented with flowers for the first time ever and ‘thank you’ signs have gone up. “It feels like people were waiting for this change,” says Broytman. The intention is now to transition the temporary bike lanes into permanent ones, over the next two to ten months.

The Opportunities… and Risks

Ensuring that the temporary becomes permanent is part of the challenge. Baldwin says: “BC – Before Covid – many of us knew there was a big issue here around infrastructure”. 70% of deaths and serious injuries are vulnerable road users – pedestrians and cyclists – and the numbers were increasing. “The ubiquity of cars in cities doesn’t make it safe for others”. Survey after survey, he says, show that fear is the main reason people don’t cycle in cities. 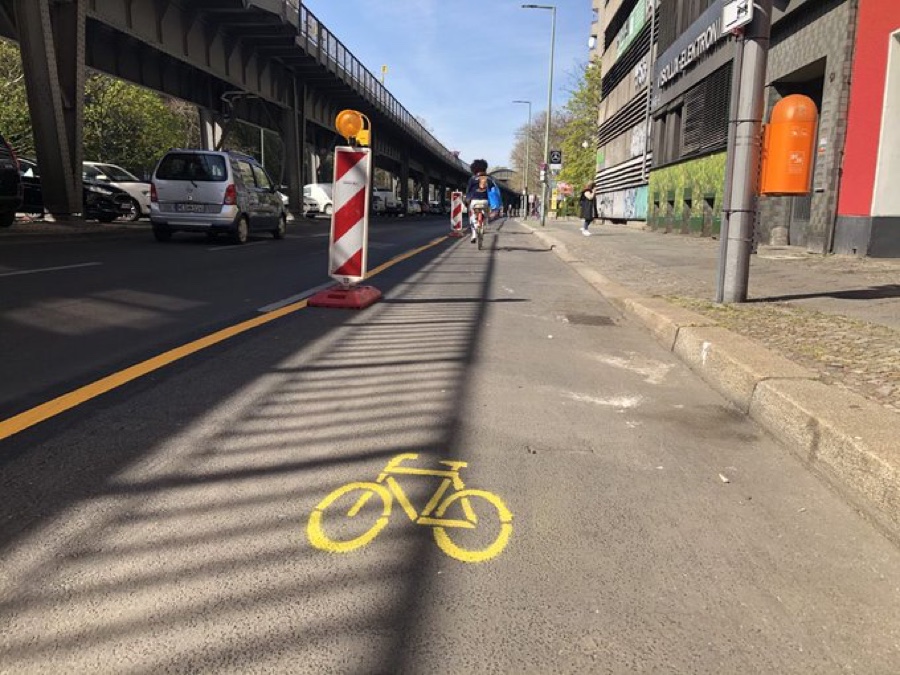 The EU has identified that the cost of combustion engine transport on the rest of society is around €1 billion, which represents 7% of EU GDP. This includes environmental degradation, poor air quality, noise pollution, CO2 emissions, congestion and road crashes. Each kilometre by car costs an estimated 50 euro cents; each bike kilometre brings in eight cents.

The situation during Covid is critical, says Baldwin, and the situation after Covid will be even more so. He cites a recent survey by Belgian newspaper, Le Soir, which found 46% of respondents scared to use public transport, 40% wanting to cycle more, and three-quarters wanting wider and better pavements and cycle paths. The worries about public transport could easily mean more cars on the roads.

While there is currently less traffic, the roads don’t seem much safer for cyclists, he felt. The fall in traffic volumes in some countries has been 70% but there has not been a proportionate fall in deaths and serious injuries. The reasons for this need to be analysed but increasing speeds could be a factor.

Paris, Milan, Bogota, Manchester, London, Oakland, Brussels, Wellington and other cities are delivering pop-up bike lanes at pace but will they become permanent? A recent article by Forbes magazine drew parallels between now and the bike boom in the US and elsewhere in the 1970s in part due to the oil crisis. The author, Calton Reid, wrote: “While the Netherlands used the oil embargo to rein back the dominance of the motorcar in its cities and expand its cycleway network, there was no lasting bicycle-shaped legacy for the US. The boom went bust, and now few remember how bicycle-crazy America went for a few short years.”

To try to ensure permanency, the EU is seeking to come up with new guidelines for pop-ups, share best practices, provide funding and embed smart and sustainable transport within its European New Green Deal.

Baldwin points to almost a celebration of traffic jams in Beijing as a reflection of the return of normality. “The old normal may close in over our heads. I really think we have just a few weeks, in most of the global north at least, to get these new arrangements in place.”