At 2800 metres and with an estimated 65 per cent of its population living in ‘informal’ settlements, resilience is an interesting challenge for Quito, the capital of Ecuador. It is located amid volcanoes and deep valleys, so natural challenges are prominent, alongside economic and social ones. Its resilience plan was published towards the end of last year and it is now seeking to embed this within its urban planning, reflected in 64 action points.

David Jácome Polit is Quito’s chief resilience officer (CRO), appointed following the Metropolitan District’s acceptance within the Rockefeller Foundation’s 100 Resilient Cities (100RCs) programme. He says that, although in the first clutch of cities granted membership, in late 2014, the activity really started in Quito in mid-2016, with a rapid acceleration after this.

Strengths as well as Challenges

The first step was a preliminary resilience assessment, which looked both at the threats – man-made and natural – but also the assets of the city. One of the latter is the fact it is a young city, with half its 2.6 million residents being under 29. “This means we have a lot of working capacity, which can thrive and prosper,” says Jácome Polit, providing the city can provide employment (youth unemployment stands at around 60 per cent).

A second asset is the city’s high levels of biodiversity within the metropolitan region. And a third, man-made asset, is the city’s first metro line, which is currently under construction and around 65 per cent complete. As well as building capacity, this means people will be moving about the city in different ways “and provides the opportunity to change the city’s growth and urban development”.

Jácome Polit says the city, working with private developers, wants to use the dynamism of the new line to build affordable, accessible living units in safe places along the line, rather than the more or less unplanned urban development of the past.

The city also had a number of projects already under way that it would now like to scale up. An example is for food production, distribution and availability, in terms of both quality and quantity. There is a well-established urban farming project in Quito which is delivering both economic and social benefits, including gender empowerment – around two-thirds of those involved are single mothers or the female heads of their family. The project reduces their economic need to buy food and allows them to sell any surplus, to generate income. “We need to scale it up to have a larger impact,” says Jácome Polit. 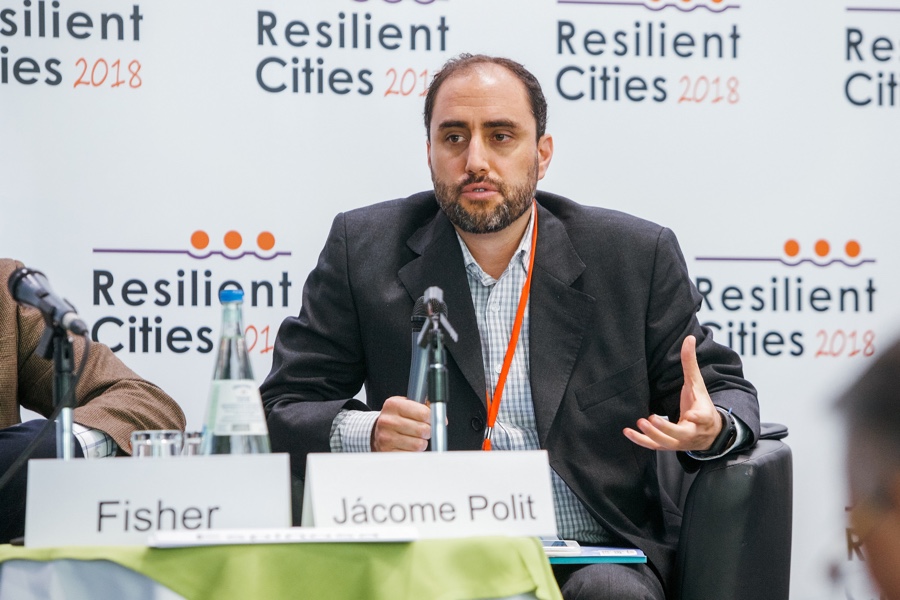 When it comes to challenges, natural threats loom large, from volcanoes and earthquakes to forest fires, flooding and landslides. And, clearly, the informal nature of so much of the development adds to the vulnerability. “So the first thing we needed to do was to plan the city’s development according to the threats,” says Jácome Polit. To direct future planning, strategy and investment, this meant identifying the most vulnerable places, in terms of buildings, people (by gender, age, disability, poverty etc) and infrastructure (such as mobility, so that the city can continue to operate during and after a flood, for instance).

Measures include improving construction processes, reinforcing existing buildings particularly in low-income areas, programmes to promote readiness in communities, a universal insurance programme and, where it is decided risks can not be mitigated, relocation.

Nature-based solutions, building on the city’s natural capital, will be part of the picture. These can help to reduce physical vulnerability, such as from landslides. They will also be used to improve the quality of public spaces, as there is a very strong ‘urban heat island’ effect in Quito, says Jácome Polit, particularly during the hot summer months.

The switch in emphasis is towards prevention rather than reacting after an event. The previous preventative measures were typically expensive and not environmentally-friendly, says Jácome Polit, so there is also a move to more pragmatic, easier to deliver and greener alternatives.

“This is all hand-in-hand, of course, with creating awareness among people,” says Jácome Polit. As the informal settlements have been built by the people themselves, the residents need awareness, knowledge and tools to implement and replicate solutions. With the metro line, there will shortly be an international call for a partner to do the urban design around it.

Much greater citizen engagement is a theme that runs through Quito’s resilience plan. It is a bottom-up effort, says Jácome Polit, using the existing structure of the city, so starting with neighbourhoods, which in turn make up parishes, which are then within nine administrative zones. This will allow citizens to be involved from the outset, to help set priorities and there is the aim to then link this work to, for instance, more participatory budget setting. 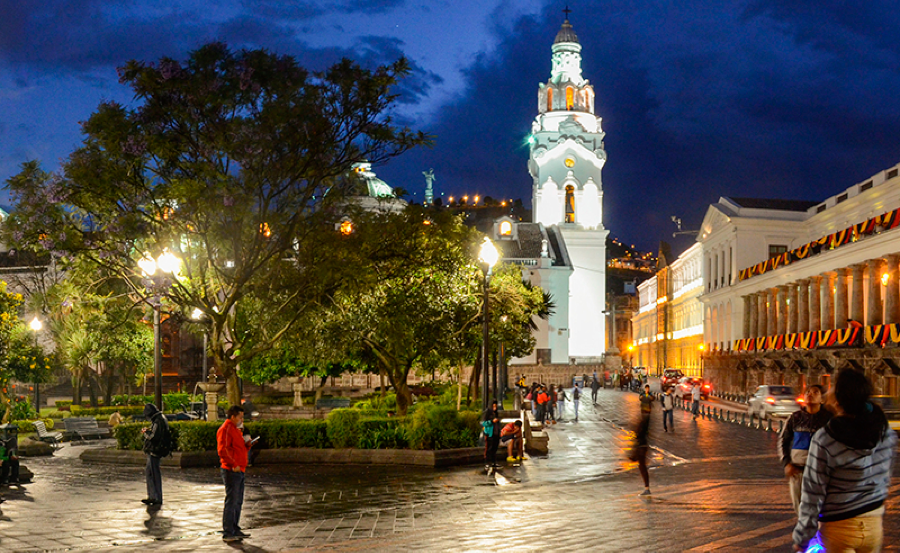 There are also plans to encourage walking and cycling, complemented by a pilot project to convert the historic city centre into a pedestrianised area. There is also expected to be work around skills, identifying gaps and encouraging innovation, plus integrating circular economy ideas into production processes.

What has Quito gained to date from the 100RCs membership? As well as the funding and logistical help that comes with it, there is interaction and assistance from other cites. Jácome Polit cites the likes of New Orleans, when it comes to urban farming, and inspiration from Durban in South Africa and Melbourne in Australia for managing natural assets. In turn, he says, Quito has been able to pass on expertise, such as to Ciudad Juárez and Mexico City in Mexico and Santiago de los Caballeros in the Dominican Republic.

A challenge for all the members has been to embed the resilience plan within the overall city strategy, to ensure it retains focus when the 100RCs backing is gone. Quito’s first action was to set up a resilience directorship within the municipality. It has also been incorporated into the city’s development and land use plans, so that it becomes legally binding.

Quito is also establishing a resilience council that will include the private sector, academia, and other levels of government. And with the universities, it is seeking to work to create courses and encourage careers around future resilience.

Building urban resilience means different things to different cities and for Quito it is of particular interest to transfer knowledge and take best practice from elsewhere and “tropicalise it” so that it fits into the city’s reality. Often, says Jácome Polit, there is a mismatch when knowledge is being transferred directly between the north and the south. The groundwork has been done, there is much better understanding of the vulnerabilities and what to prioritise, now the ‘heavy-lifting’ begins.