Tackling the nappy mountain: Help is on the way

In Amsterdam, smart blue recycling bins have been appearing in a couple of neighbourhoods of late. This is part of a project to recycle some of the main problem items in recycling: disposable nappies and other absorbent hygiene products (AHPs). Meanwhile, in Italy, a facility for these items is operational, achieving close to 100 percent recycling of the three materials that make up AHPs.

The Amsterdam pilot is led by Procter & Gamble and now has engagement with more than 600 families. The bins are in areas of high population density and outside nurseries, pharmacies and other relevant locations.

Families log in and download a Pampers recycling app (although the facilities take non-P&G items as well). Participants receive a code, which is used to open the bin lids, and they can track their contributions via the app. With the next generation bins, to be delivered soon, there will be a Bluetooth function to replace the code which will automatically open the lid when someone with the app approaches.

Vouchers are issued for participants, for future purchases of Pampers. “This is a nice incentive but most do this for the environment,” says Dr Ioannis Hatzopoulos, P&G’s head of Global Baby Care Sustainability Communications. Most parents, he points out, want to do the right thing, for the planet and for their babies. 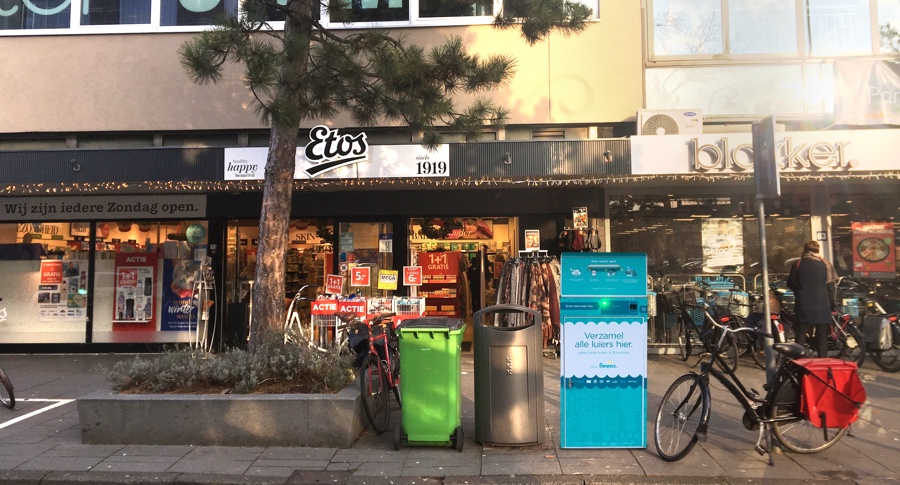 One of the Amsterdam recycling bins

At present, the AHP items collected in Amsterdam are transported by road to the Italian facility but the aim is to build a facility as well in the Netherlands. Indeed, P&G aims to have at least ten facilities operational in metropolitan or city areas across the globe by 2030. A second is planned for India and there are discussions in a number of other countries, including France, Germany and the UK. A search is on for local authority and waste company partners.

The Problem and the Solution

So what is the problem and what’s the solution? According to statistics from WRAP, the UK alone disposes of around three billion disposable nappies a year, an estimated two to three percent of all household waste. While reusable nappies would be the most environmentally friendly route, the idea that everyone is going to switch is unrealistic, so the next best tactic is to try to keep them from landfill or incineration.

There have been – and still are – other attempts to recycle AHPs but they are a tough item. With the Italian facility, P&G, in part with patented technology, claims to have reached a higher rate of recycling than any other approach. The technology here is now on an industrial scale, says Dr Hatzopoulos, with an annual capacity of 10,000 tonnes, which equates to the AHP waste generated by around one million people.

The facility is in Veneto, at the site of waste contractor, Contarina SpA, in the Treviso region. It is no coincidence that this region is a flagship in terms of what can be achieved, with 85 percent recycling and a proactive approach to the other 15 percent – https://smartercommunities.media/recycling-italian-style-trevisos-success-story/ 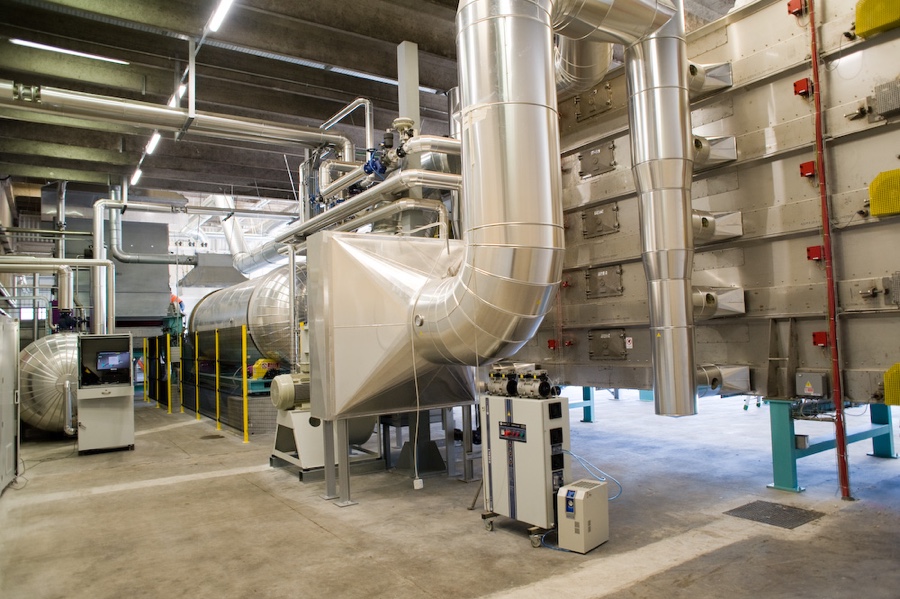 There are 30 to 40 different components in AHPs but they essentially fall into three categories. These are cellulose (around half, although proportions vary across different AHPs, such as incontinence products, menstrual pads and wet wipes), super absorbent polymers (25 percent) and mixed plastics (25 percent).

The first step is washing out contaminants and sterilisation, the latter using UK-derived technology, with a lot of analysis to make sure that no contamination remains. Then the items are broken down based on these three materials. Each metric tonne of waste produces on average 150kg of cellulose, 75kg of plastic, and 75kg of super absorbent polymer.

The super absorbent polymer is the tough part, says Dr Hatzopoulos, because once it swells it is like a gell and is intended to retain the moisture. This means it is difficult to extract that moisture at the product’s end-of-life. P&G has worked on the technology with an Italian company, Angelini, and has a 50:50 joint venture, FaterSmart, within which the technology resides.

Partners in the cycle comprise collectors for consumer and industrial waste (clearly, the likes of hospitals and nurseries will generate a lot of AHPs) and local or national waste operators. The aim will be to have the cost of recycling below the gate fees for landfills and incinerators, to provide a financial incentive. There is no separate household collection of AHPs except in Italy but the Amsterdam model is an alternative.

An important breakthrough came in July 2019 with an End of Waste Decree, a certification that is needed if a waste stream is to create new products for sale.

In the fullness of time – there is a final piece of permission needed, which Dr Hatzopoulos hopes is imminent – the aim will be to turn the three waste streams into products. For instance, there is already testing to do this for detergent and bleach bottle tops and the cellulose is likely to contribute to cat litter and bags for flood control.

The project fits within P&G’s overall sustainability goals, which include a switch to 100 percent renewable energy; 100 percent renewables or recycled materials for all products and packaging; maximum conservation of resources; and zero consumer and manufacturing waste to landfill – so reused, repurposed or recycled. The consumer part of the last goal is probably the most ambitious, points out Dr Hatzopoulos, because as soon as an item is sold, it is out of the control of P&G.

The Treviso facility, the Amsterdam pilot and what Dr Hatzopoulos says is a “high level of interest” elsewhere are all promising signs when considering a major waste stream that has, until now, proved so hard to crack. Also promising is the fact that most parents want to do the right thing, as they consider the future for their new arrivals.