How can technology move consumers towards ethical choices and, conversely, how can ethical consumer preferences change businesses for the better? CoGo, a social enterprise company that originated in New Zealand and has recently launched in the UK, is rising to the challenge.

It is doing so – not surprisingly in this day and age – via an app. Downloaded for free, it first asks users to specify what ethical and sustainable issues matter to them the most. By linking the app to their debit and credit cards, via each transaction in an accredited business, users provide anonymised signals about their ethical priorities.

Businesses can then see what they need to do to better meet these. CoGo CEO, Ben Gleisner, gives the example of a bar in Wellington where the app showed that the top issue of the bar’s customers using the app was the living wage, thereby prompting the bar to take action and become a living wage employer.

Users are updated when a business makes such a change, as well as providing users with suggestions based on their locations and preferences plus information about the environmental and social value of their purchases. At present at least, CoGo’s revenue comes from monthly subscriptions from the businesses.

Accreditation is based on partnerships with existing accreditation bodies, such as the Fairtrade Foundation, the Marine Stewardship Council, Social Enterprise UK, the Living Wage Foundation, the Sustainable Restaurant Association and BCorp – plus some evidence gathering by CoGo.

This could be a thorny area. A Korean restaurant in Auckland carries CoGo’s Free Range accreditation medal with the proud boast: “We offer one dish that uses animals who avoided factory-style farming”. Similarly underwhelming is the restuarant’s vegan medal based on offering one main dish that is vegan. Indeed, in the eyes of many consumers with animal welfare as a priority, such claims could be enough to give the restaurant a wide berth. 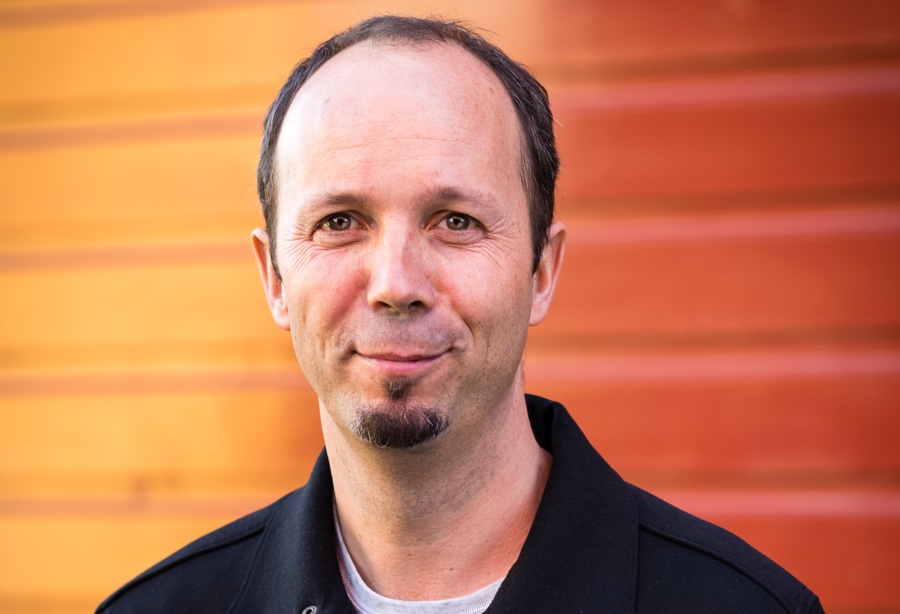 “As long as there is transparency, that’s the main thing,” argues Gleisner. The company looked at whether it could specify the level of compliance for areas such as this but it proved “fiendishly difficult”. In the end, he feels, the fact that consumers can see whether an establishment offers one or 15 free range dishes will allow them to make informed judgments.

The company that today trades as CoGo emerged from a small Wellington-based charity set up in 2010 by a number of university friends, alongside their day jobs. One of these was Gleisner. He worked for the New Zealand Treasury, where he led the development of the Living Standards Framework, which now underpins the country’s first ‘wellbeing’ budget, due in April of this year.

The charity launched a voluntary café accreditation programme called Conscious Consumers, starting with a handful of cafés on Cuba Street, Wellington, and subsequently extended to Auckland and Hamilton. By 2013, the charity had its first mobile app and was recruiting businesses and consumers across the country.

A social enterprise company, Conscious Consumers Ltd, was established in early 2016 to raise more investment and it secured NZ$2 million the following year for product development and to support a move to the UK, as CoGo.

The technology has gone through different iterations, from QR codes and then GPS checking to today’s payment card-linked version.

CoGo now has around 400 stores and 20,000 users in New Zealand, says Gleisner. In terms of prioritising its expansion, it looked at 15 different markets using five criteria, including size, proportion of credit and debit card spend and ethical business uptake, the latter through measurements such as corporate social responsibility reporting.

The company has a handful of UK businesses on board and is nearing an initial 1000 users. This is without advertising, so the progress has mainly been through word of mouth to date.

It is clear that the current app is only a starting point. The company is going through the UK Financial Conduct Authority (FCA) processes to take advantage of the country’s open banking regulations, which would allow it to access a user’s bank accounts to provide data across all of their purchases, not limited to payment cards.

At present, businesses are charged a fee based on the size of their stores but there might be opportunities to link the charges to the amount of business that stems from the app. Gleisner also believes there is potential for gamification, such as allowing users to “collect’ medals. “We are playing around with some ideas, we think we can drive more of a community aspect for it.”

Its UK push is London-centric to start but it will move out into other cities and regions. By April 2020, across the UK and New Zealand, it is aiming for 50,000 active users and 1100 businesses.

These are early days and there are other app-based initiatives around ethical consumption which might compete with or complement what CoGo is seeking to achieve. But whether or not it succeeds in becoming, in its words, the ethical app equivalent of the fitness-oriented fitbit, there is no doubt that anything that encourages businesses and consumers towards more ethical choices can only be a good thing.