Philanthropy is often about handing over the cheque and sitting back. However, the Toronto Foundation is taking a different approach. Focused on resilience in ten neighbourhoods in the city, its newly launched Vision 2020 is much more hands-on. Can the approach catch on, particularly for the new generation of donors?

An initial 92 of the city’s 25-45 year-old philanthropists have pledged more than $500,000 of their wealth for urban resilience. Through the Toronto Neighbourhood Resilience Project, the philanthropists will work with the City of Toronto, Toronto Foundation, community leaders and residents to invest in projects that will strengthen the city’s social fabric. Each individual or couple will contribute $10,000 over two years to create a permanent endowment. With the help of additional private donors, these seed funds will be leveraged to reach $2 million. 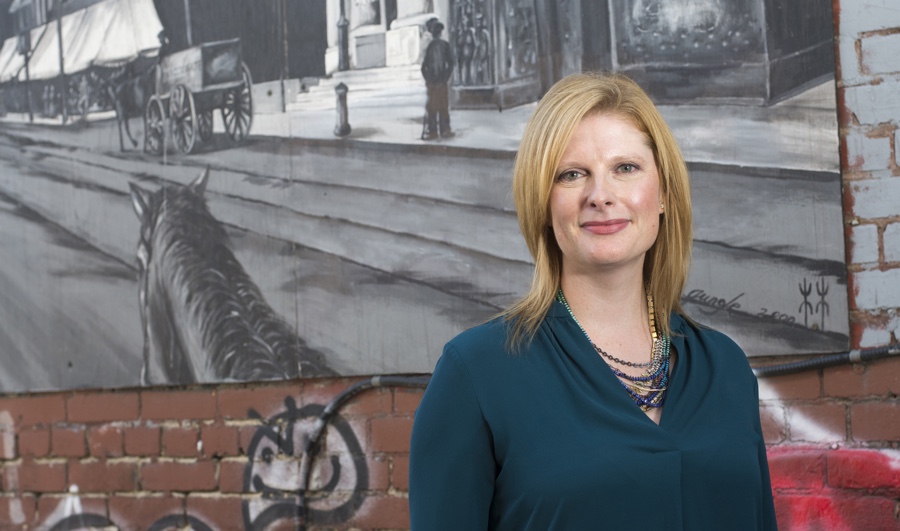 Community Foundations started in Cleveland in 1914, spread rapidly across the US so that all major cities and many smaller communities now have them, into Canada and beyond. In Canada, there are almost 200. “Toronto’s is big but not the biggest – age matters,” says the Foundation’s president and CEO, Sharon Avery. In fact, as she points out, there are exceptions. Silicon Valley Community Foundation is now the largest in the world, with $8 billion in assets under management, but was only set up in 2007.

Toronto Foundation was established in 1981 and has around $500 million in assets. The Foundations are focused on supporting local donors to establish their own funds and then to help direct and pool these towards local causes that most benefit the community.

Among other things, Toronto Foundation produces an annual report on the city, based on current statistics and studies. It looks at health and wellbeing, economy, safety, employment, inequality, housing, mobility, the environment, education, arts and culture, leadership, citizens engagement and belonging (half the city’s inhabitants were not born in Toronto). This report, Toronto’s Vital Signs, helps to prioritise grants.

The Foundations are in the next tier below the likes of the Rockefeller and Carnegie Foundations, says Avery. She joined 18 months ago after eight years as chief development officer at UNICEF Canada and was in part inspired by her work here, including a campaign linked to Canada’s hosting of the FIFA Women’s football World Cup in 2015, to look at new ways of donating. 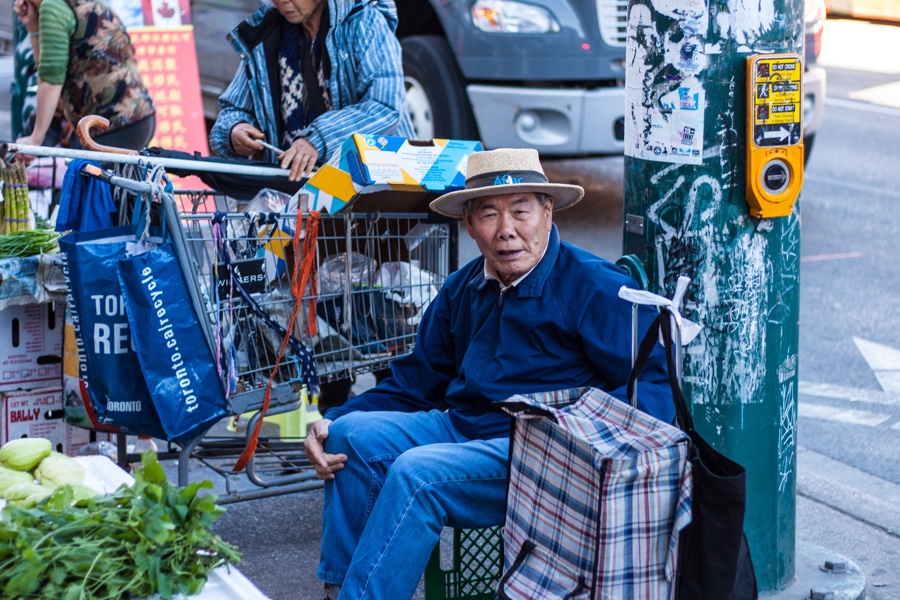 When it comes to the next generation of philanthropists, the emphasis is often on social network-type activities “so we thought, let’s create something substantial for them instead”, says Avery.

In part, the timing felt right. “Toronto is at an incredible moment in time.” It doesn’t have the “Trump/Brexit madness” of the US or UK, the country as a whole has a liberal prime minister who believes in causes such as feminism, and Toronto is one of the 100 cities supported by the Rockefeller Foundation’s 100 Resilient Cities (100RCs) initiative to build a resilience strategy. For more information about 100RCs, read about Pittsburgh’s journey here. Vision 2020 is based on the idea that “we live in disruptive times”, says Avery.

In terms of resilience, Toronto now as a dedicated Chief Resilience Officer, funded by 100RCs. Although the city has many things going for it, it has the challenge of integrating over two million immigrants. It has the highest levels of working poverty in the country and has seen the greatest increase in income inequality. It is predicted that 60 per cent of the city’s neighbourhoods will be classified as low or very low-income by 2025 unless new steps are taken. It is also vulnerable to climate related shocks including rainfall flooding, blizzards, and heat waves.

The start of a journey

For Vision 2020, ten neighbourhoods were selected and the list was vetted by the city council. Here the philanthropists will be able to “meet the people living the issues we are reporting on”, says Avery. There is a deliberate decision not to be too prescriptive at the outset. “We have left it pretty open. It is one of the great things about working with NextGen, we didn’t want to present them with a fully-baked plan. We know they will come up with ideas and will bring other parts of their networks on the journey.”

Part of their input will be how to capture and record that journey, no doubt with social media playing an important role (there is already #Vision2020 on twitter).

The journey will bring challenges as befits an initiative that has such a hands-on aspect combined with a focus on what Avery describes as “the divides in our city… the social, chronic stresses”. There will be training and workshops, plus a visit to see projects in New York, ahead of going out into the neighbourhoods. 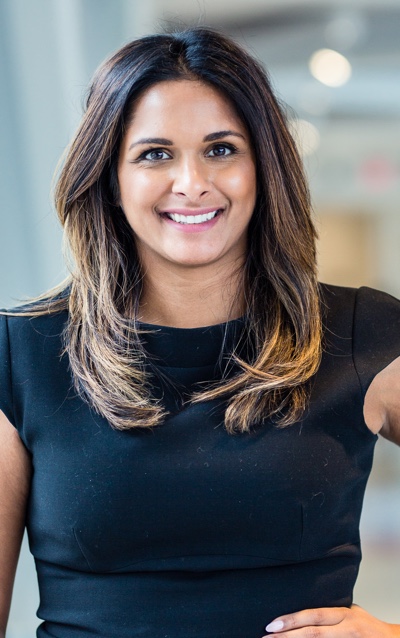 The scheme was devised over three months and the take-up was swift. Usually, says Avery, the close-rate for a good charity would be one-in-five whereas this was closer to one-in-two. “We clearly hit a nerve.”

The Voice of Young Philanthropy

One of the young philanthropists to sign up for Vision 2020 is Serena Hak (above), who works for a boutique wealth management firm and already had a strong interest in philanthropy, including almost six years working with The Donor Motivation Program, within which a number of philanthropic professionals aim to redistribute $1 billion to nonprofits in Canada in the next eight years.

Hak’s parents were from Pakistan and moved to Canada in the 1970s. It was a visit to Karachi to see relations when she was twelve that opened her eyes to a scale of poverty beyond what she’d encountered to date in Canada. “It was sensory overload.” From here, she ended up studying international development, politics and finance.

“It is very refreshing, exciting and a little bit scary”

A key attraction of Vision 2020, says Hak, is that it isn’t about just reading the report but about really understanding the causes of, for instance, why people cannot gain long-term childcare, why mental health issues are on the increase, and why people cannot afford to feed themselves.

The diversity of those involved will be a strength, she believes, with a lot of dynamic, engaged people who will bring innovation and collaboration. “It is very refreshing, exciting and a little bit scary.” It will be citizen-led and she hopes will create “chain reactions” so that the effects will multiply, including spreading to other cities. 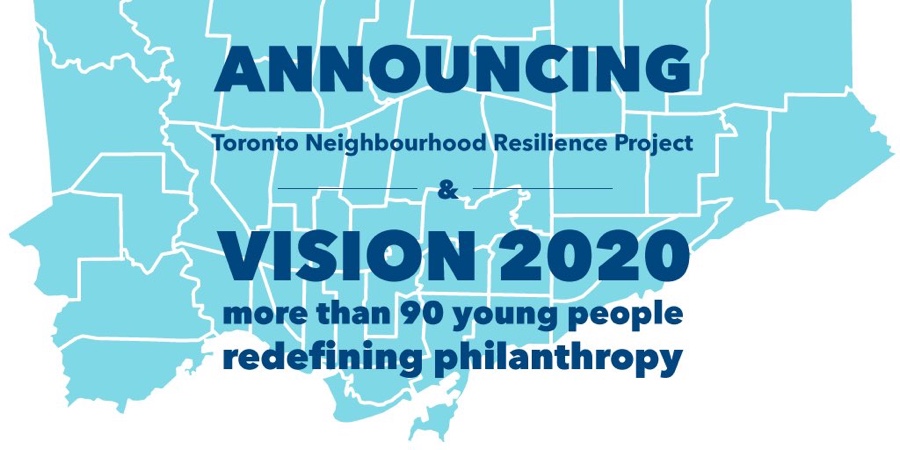 The scheme will close shortly, in part because the hands-on aspect means there would be logistical issues with having too many participants. However, Avery expects a second cohort within the next 18 months. She also hopes Vision 2020 will become a model for others. There is already interest from the Kitchener-Waterloo twin cities in Southern Ontario, she says.

Vision 2020 is “unprecedented”, says Avery. Attracting the next generation means a new way of thinking about and doing philanthropy so this scheme is likely to generate considerable attention. She concludes: “It is a complete experiment from beginning to end and this group is totally up for that.”