When a container ship docks, an operator such as Maersk will know the identity, origin and destination of each of the thousands of containers on board. When a train pulls into a station or a bus at a stop, the operator knows nothing about the passengers. Does this matter?

With so much of the world’s public transport infrastructure struggling to cope with today’s demand, let alone future demand, the need has arguably never been greater for better data to drive improved decision-making and customer service.

That data needs to be combined with interoperability for ticketing, payments and routing. However, this often remains a distant dream even within a single mode of transport within a single country or region, let alone across borders and across different transport modes.

The case for better use of data

There is a distinction between truly personalised data, at the individual level, with all of its privacy and regulatory implications, and more granular but anonymised data that can allow much better mapping of overall passenger behavior and flows. Even if the former is out of reach, the latter would bring another dimension to efficiency, management of disruption and customer service.

Let’s first take personalised data. In most cities, there are multiple options for people to travel to and from their destination. Understanding who makes what journeys would allow targeted messages to advise relevant passengers to consider different options when there is an issue.

This ability would aid passengers and could ease the overall impact of a problem. Offers might be an effectively way to move the flow of passengers – e.g. there are major delays on your regular journey, why not use this electronic voucher today on your smart phone to take the bus for free instead?

Where passengers have been inconvenienced, if an operator is able to identify them, it could provide a more personalised response: sorry your journey yesterday was delayed, have a free coffee on us today. Without identifying and understanding the customers, that sort of capability is impossible.

Personalised or maybe detailed anonymised data could allow an operator to better plan its recovery strategy. At present, it is working from the perspective of, how can things be brought back up and running as quickly as possible. But if that, for instance, involves train services missing out scheduled stops, a subset of passengers might be hugely inconvenienced for the sake of the majority.

Knowing where passengers are at any point in time and, ideally, where they are heading would allow for smarter decision-making, at the time of the problem or at least retrospectively to direct future decisions.

Oliver Bratton, operations director for European business at Hong Kong’s MTR, points out that nearly every disruption is different and controllers are trying to balance, in real-time, train operations and passenger experience. “We don’t give them good tools to do so,” he says, and he doesn’t believe that these exist at present in the market. “The easiest decision is what gets me back to the timetable quickest, not what gets passengers home quickest.” If there is a hideously disrupted journey, why can’t we reach out to those passengers to say sorry, he asks.

More sweepingly, if the much-touted but rather nebulous Mobility-as-a-Service (MaaS) is to be realised, then it will need a much better base of integrated, passenger data. Planning and buying tickets for just one form of transport, let alone multiple ones, is often horribly complex. The situation has often worsened as services have become fragmented across multiple operators as a result of privatisation. 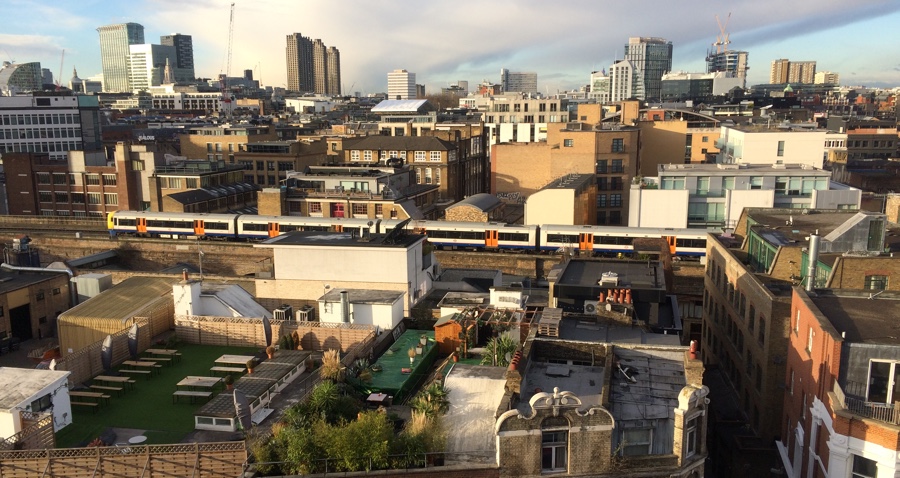 “Different operators still regard the passenger as their customer but they don’t seem to realise that the passenger might not see it that way,” says Stefan Hulman, CEO at Dutch REISinformatiegroep. “To develop towards MaaS and ensure the proposition to the customer is a feasible one, there needs to be the understanding that services have to be combined. Operators need to work together and collaborate on the total package that’s on offer to the passenger.”

In the Netherlands, there is reasonably open data, says Hulman, but still far too many different types of tickets, with each operator keen to sell its own. “To get enough openness and cooperation to get MaaS to really work, I think there needs to be the involvement of national governments… otherwise it takes too long.”

Even that would not be enough, particularly in a country such as the Netherlands, where a significant amount of the transport crosses national boundaries. Cooperation is not only a prerequisite to improve customer service, he points out, but also to make sure that transport is safe, as reflected in those terrorist attacks that have targeted it in recent years.

As well as government involvement, there is likely to be an ever greater role for the private sector. To expect 100 per cent public funding is no longer reasonable, says Jeremy Long, CEO of European business at MTR. As the transport system is fundamental to economic growth, everyone should have a vested interest, he feels. In Hong Kong, MTR is very good at what it does – 99.9 per cent reliability carrying more than 5.5 million passengers per day but it is still in need of significant investment as it is not fit for today’s needs. Transport should be linked to regeneration. MTR has always been a builder of not only railways but also the property above them. “We need to capture that value and put it back into the transport system.”

Tim Carmen, technology development maager at Transport for London (TfL) sees a lot more personalisation going forwards. TfL has been a leader in opening up its data to allow third-party use of this, as reflected in the selection of London by Citymapper as its initial focus for its integrated travel app https://smartercommunities.media/transport/citymapper/. TfL has 3.5 million customers per day making 11 million journeys, with huge peaks. Many journeys are now ticketless, initially with Oystercard and increasingly with contactless card payments. The latter are crunched by TfL’s systems at the end of the week and the customer is charged the lowest fare option.

TfL added an app towards the end of last year that allows mobile top-ups, thereby removing a major frustration of customers. The top-up can be activated via any reader at any station. An obvious next step might be to remove the physical card altogether, putting this onto smartphones but TfL has not yet been able to identify the business case to do so.

The bedrock for TfL’s ticketing innovation was significant investment in its data network. The next step, says Carmen, will be to give information to people to let them make decisions, based on knowing where the customers are on the network. In a city such as London, any central journeys are likely to have multiple options. From Waterloo to Westminster, for instance, there are seven public transport routes.

The Oystercard-related data is deep and huge, so too that from Hong Kong’s Octopus card, even though it isn’t real-time, says MTR’s Bratton. “We are not that good at exploiting the data.” Basic journey planners also offer data and might direct timetable changes, for instance.

Deutsche Bahn, albeit with at least one false step, is seeking to provide a more joined up and data-driven set of services. Rütger Fenkes, head of European projects and committee work at Deutsche Bahn, speaking at the Intelligent Transport conference in London last year, observed: “Customised door-to-door offers are key in the future transport market”. This might be provided by a single operator – Deutsche Bahn itself has invested in “last mile” transport, including bike shares – or by multiple operators.

The German operator’s false step was the first iteration of its Qixxit non-Deutsche Bahn branded travel platform which was meant to provide the best route and fare options for multi-modal door-to-door journeys. The market acceptance and business case have proved difficult and there has been a low-key relaunch. There have been imperfections and a lot of available data is out-of-date, even with Google Maps. The latest version of Qixxit is more focused on city-to-city journeys than the more ambitious first version. 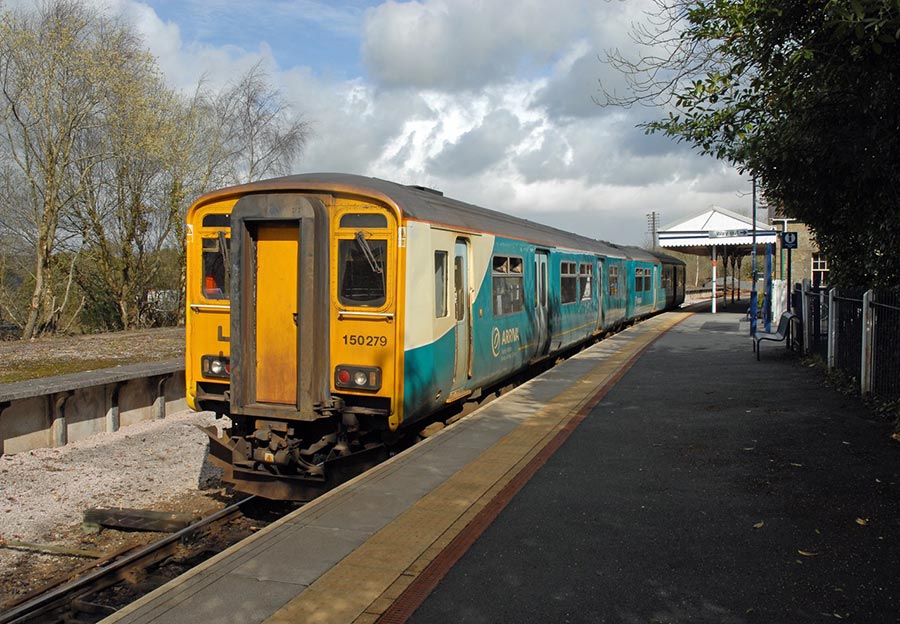 The proliferation in the UK of TfL look-a-likes in the last year or so means some of its best practice around integration, open data and combined fares could reach other parts of Britain. Neil McClure, at Transport for the North (TfN) has the interesting title of customer information project lead. TfN is not an operator, he emphasises, and has an economic agenda as much as a transport agenda.

These are early days for TfN, with statutory status only in early 2018, but smart ticketing and information projects are among its initial priorities, says McClure, with the aim of similar facilities as Oystercard and contactless, across a multi-modal backbone and multiple devices, underpinned by a ‘fair price’ promise. There are plenty of basics to address at the outset, he says, such as letting the customer know when the next bus will arrive and how much a journey will cost.

An initial piece of research looked at the customer experience from Headingly, in Leeds, to Mediacity in Manchester. It involved twelve pieces of paper, three modes of transport – bus, train and tram – and around 15 minutes in queues at peak times. Here TfN’s economic remit is clear, with part of this being to ease the ability for people to move between home and employment.

Individual operators and transport authorities will still “own the customer”, says McClure, but TfN will be an enabler, including facilitating personalised messages. Part of the enabling role will be to develop an open data hub for transport-related data sets. He envisages joint-ventures with operators but it remains an open question how to protect commercially sensitive data. There has been a “mixed” reaction from operators, he adds, of which there are 2-300 across the region. TfN is spending time with those that are positive and will use these as advocates, he says.

Also an open question at present is what happens in the grey areas at the edges of the TfN region, with transport flows not recognising these and with TfN understandably keen that it removes barriers and doesn’t construct any new ones.

The final rallying cry comes from MaaS Scotland. Programme manager, George Hazel, believes a lot that is touted as MaaS isn’t anything of the sort. “It is discussed at conference after conference but very few are doing it.” Big and small companies can contribute, so too central and local governments, “but all this talk about MaaS will always only be talk unless we do it.” MaaS Scotland has a network of 57 partners to launch projects, with an initial ten identified.

It is hard not to conclude that passenger transport lags behind many other vertical sectors. It often has more challenges but the data now available from smart ticketing, journey planners and other apps is opening up opportunities to do better. These are early days but there are plenty of opportunities for new and improved services and ways of doing things.