Tulsa: Equality at the heart of resilience

Arguably more than any other resilience plan to have emerged from the 100 Resilient Cities (100RCs) programme to date, Tulsa’s has tackling inequality at its heart. This was not always going to be the case but the arrival of a new mayor, GT Bynum, changed the course of the strategy.

Released in June, Tulsa’s resilience plan doesn’t pull any punches. The city was the scene of the largest race massacre in US history when, in 1921, hundreds of black Tulsans were killed and businesses were destroyed in the city’s Greenwood District – a place known around America at that time as Black Wall Street. Full closure of the “festering” historical wounds is part of the challenge.

“For this generation of Tulsans, the great moral issue we face is in resolving the racial disparities that have been allowed to persist in our city for far too long,” says Mayor Bynum in the introduction to the plan. This is starkly reflected in the fact that the difference in life expectancy in the city is eleven years, between the predominantly white South Tulsa and the predominantly black North Tulsa.

This is not to say that other resilience challenges, including climate-related and economic, are ignored. Indeed, they are seen as inherently interconnected. Tulsans cannot be better prepared for natural disasters such as tornadoes and storms (to which the city is particularly exposed) without confronting how vulnerable communities with fewer resources are disproportionately affected. Similarly, reducing the life expectancy gap includes better transportation, equal pay, and access to preventative care for Tulsans of colour. 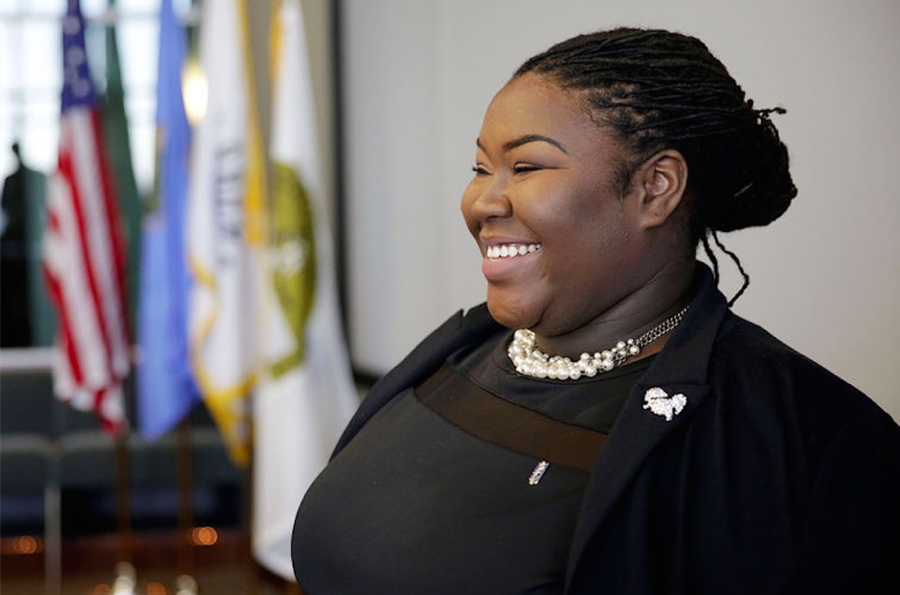 Moreover, as the plan states: “by directly addressing racial inequity, we aim to improve life outcomes for all Tulsans, regardless of their race”.

The city’s Chief Resilience Officer (CRO), DeVon Douglass, came on board in early 2017. Work on the plan had started in September 2015 but was halted in spring 2016 until the end of the mayoral elections in June 2016. Mayor Bynum took office in December 2016 and, says Douglass, the review and change of direction for the plan reflected his platform during the elections (he is a Republican but stood as a liberal alternative to the incumbent).

From the outset, Douglass sought engagement with all communities, through surveys, focus groups, working groups and forums, as well as meeting and addressing existing groups, such as those of immigrant communities. Ensuring strong input from North Tulsa was important but so too from other parts of the city, including West Tulsa, which has a lot of neighbourhoods of poorer and older white people and Spanish-speaking immigrants. In total, there was engagement with more than 2000 people.

The inclusiveness of the plan is reflected in the attention given to breaking the cycle of school-to-prison and supporting those who come out of prison. Oklahoma has the second highest incarceration rate in the US, with one in 80 Oklahomans incarcerated or under supervision. There are actions to improve policing and criminal justice practices, and substantially improve opportunities for adjudicated Tulsans. As with much of the plan, this is in part supporting and helping to grow initiatives that are already in place as well as starting new actions where there are gaps.

The tangible nature of the actions is clear from looking at some of those to reduce the life expectancy gap: Incentivise grocery store development in underserved communities; develop a healthy food environment coalition; implement a community health worker model; increase the impact of the Educare Family Health Program; invest in children’s mental health; and champion mental health diversion programmes.

To measure inequality, Tulsa is one of an initial six US cities to adopt an Equality Indicators tool developed by the CUNY Institute for State and Local Governance (ISLG). It works across multiple areas such as education, housing, and justice and measures the disparities faced by disadvantaged groups on an annual basis, tracking change over time. By making data publicly available, the tool increases transparency and accountability around disparities as well as highlighting where progress is – and is not – being made.

And to heal some of the wounds, there is another set of clear actions: Memorialise Black Wall Street; launch race reconciliation conversations in partnership with the faith community; increase city-wide participation and recognition of Native American Day. Also planned is heightened support for those organisations that welcome, advocate and support immigrants in the city.

“The Equality Indictors have really driven the conversation since they were released a couple of months ago,” particularly for citizens experiencing inequality and for service providers, says Douglass. “The city government, with not-for-profits, is saying, these are the problems in our city, we’re ready to tackle them. They can definitely serve as a way to measure success over the long-term.”

More generally, there is a push to make better use of data, to provide transparency and improve decision-making. The mayor has established the Urban Data Pioneers, a group of government workers and community volunteers to collect and present data, as well as to help determine what is collected.

Tulsa was once a hub for the oil industry and it remains dependent on traditional industries, such as oil, gas, aerospace and other manufacturing. As well as sitting uncomfortably with carbon reduction efforts, this reliance creates its own vulnerabilities: dips in oil and gas prices still take  a significant toll on the city’s economy and overall prosperity.

“A key is not to alienate current friends in search of new friends,” says Douglass. “We want to call people in, not call people out.” Oil, gas and aerospace were “the sectors that have really built this city” and the wealth that was generated for some parts of the population fuels much of today’s philanthropy.

There is a need to diversify, attract new businesses and fill a large skills gap. Only 47 percent of the workforce is trained beyond high school diploma level and state-wide estimates show a 23-percentage point gap between the current workforce and the skilled workforce needed by 2025.

On the ‘to do’ list is establishing an Innovation District and Prototyping Zone and marketing Tulsa for energy innovation. Energy innovation should include solar and windpower – “we’ve a lot of land here”, Douglass points out. There is a real focus on entrepreneurship, she adds: “How can you sustain the future for you, your family, your neighbours and the community over a long time.” She adds: “We are really concerned about making sure our young folk are staying here or, if not, are travelling the world, learning things, and then bringing them back to Tulsa.” Mayor Bynum (third from right) cuts the ribbon to celebrate the completion of the Tulsa Sobering Center, a jail diversion program designed to offer an alternative for adult men and women detained for public intoxication.

To embed the resilience plan within the city’s future strategy, a resilience office has been set up within City Hall called, appropriately, the Mayor’s Office of Resilience and Equity. The city will also seek behavioural change, conducting implicit bias training for Tulsa’s police department and all city employees. It will also diversify city recruitment and retention practices. Recently established Citizen Advisory Board and Citizen Action Groups are part of the city’s Community Policing Recommendations to help build collaboration between the community  and the Tulsa Police Department.

There is also a proactive effort to secure funding, beyond the initial financial and resource support that comes from the Rockefeller Foundation’s 100RCs. “Many things in the strategy have already started but we recognise that to continue our work we need money,” says Douglass. This could be from philanthropist groups, individuals, grants and other sources, to support both the city’s own actions as well as the activities of community groups. With the latter, “even if they are not calling their work Resilient Tulsa or 100RCs, if they are still doing it then that is more important than the name itself”, says Douglass.

The funding aspect includes lobbying State lawmakers to allow cities to diversify revenue streams to combat their heavy reliance on the collection of sales tax from residents.

One benefit of being a 100RCs member is building partnerships and exchanging ideas with other members. Among “natural allies” have been St Louis (where Douglass originally hails from), Boston (“a leader in the racial equity space”), Pittsburgh (click here to see our interview with Pittsburgh’s CRO), Atlanta, Miami and Nashville, but there have also been exchanges beyond the US, as far as Christchurch in New Zealand. “I have gone out of my way to find folk who seem to have problems that are similar to our ones.”

Tulsa’s resilience plan states: “A history of discrimination and racial tension persists”. However, as a statement of intent to address this, the document could not be clearer. It is a call to arms, both with new initiatives and to support existing ones, with the tools now to measure and show progress. While addressing the city’s often painful history, it also provides a clear and enlightened vision for the future.
By Martin Whybrow|2018-08-09T10:15:22+01:00Aug 9th, 2018|Society|0 Comments