Urban mining for a circular economy

How much better it would be if we mined the urban landscape for materials, rather than the ever more depleted planet. As a number of initiatives demonstrate, where there is the will and coordination, this vision is possible.

We know that the majority of humans now live in urban areas and that the built environment has a huge carbon footprint, both operational and embodied. Enough concrete has been laid to cover the entire surface of the earth. Cities account for 75% of resource consumption and for 60-80% of global greenhouse gas emissions but so many assets are poorly used, including buildings.

As Simon Lewis, professor of global change science at University of London said at last week’s Futurebuild show in London, the global economy needs to be transformed if “civilization-threatening catastrophe” is to be avoided. Power and money are the reasons that the climate crisis isn’t being adequately addressed, he added.

Current plans are still to use huge amounts of fossil fuels into the next century and technologies to address the issues do not exist at scale, said Professor Lewis. However, with movements such as Extinction Rebellion and the schools strikes for climate change, “this is quite an open moment to really engage with these fundamental issues” and force politicians to adopt meaningful regulations.

Perhaps not surprisingly, if we look around the globe for signs of hope that carbon neutral cities are attainable, the Netherlands is leading the way.

As Eveline Jonkoff, Amsterdam’s strategic advisor for Sustainability and the Circular Economy says, there are now 116 circular projects in the city, with a new strategy designed for 2020-5 to further ramp up the effort. A report, ‘Circular Amsterdam: A vision and action agenda for the city and metropolitan area’ (click here) looked particularly at construction and organic waste chains. 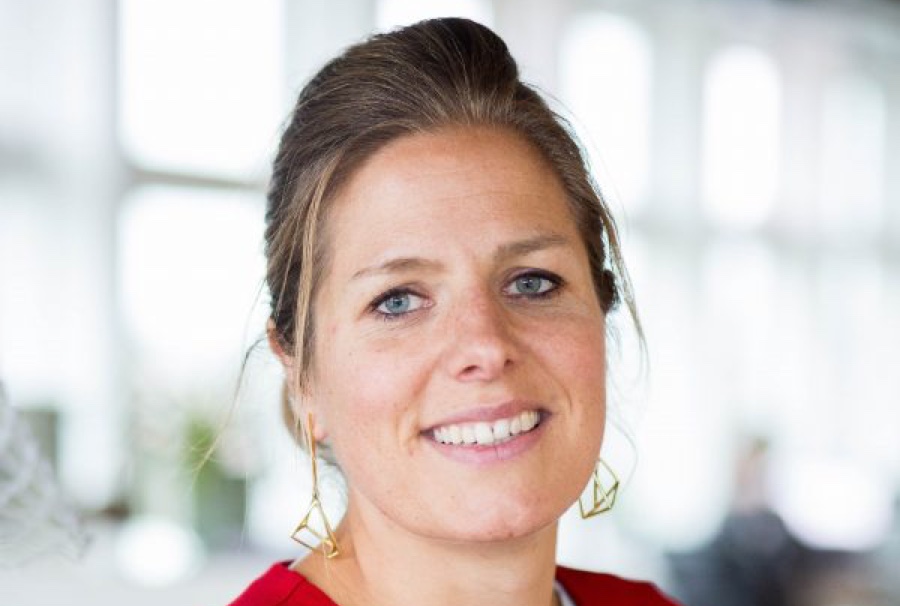 One element of that study looked at the quantities of food and construction materials that enter the city in the current system, what happens to these and how they are dealt with when turned into waste. It investigated the consequences of making these processes circular and found a lot of room for large-scale changes. Buildings could be designed and constructed in such a way that makes recycling the materials easier when the building is demolished – indeed, the process becomes one of deconstruction, rather than demolition.

How does this work in practice?

The Amsterdam report concludes: “The need for greater transparency and a better understanding of the demand of (secondary) resource flows in the region and beyond is mentioned by many stakeholders as a condition for a circular economy, particularly for an optimal exchange and high-value processing of streams. Further development of (geographically explicit) digital material platforms would be crucial to connecting the supply and demand of residual streams and materials.”

An early project was in the Stadstuin Overtoom neighbourhood where a new development of residential apartments saw 30% of material from reused sources and 98% of the demolished buildings on the site recycled. Old bricks were partly processed into new ones, concrete was reused for the construction and sand-lime brick went back to the factory.

The neighbouring QO Hotel then reused concrete from the nearby Shell Overhoeks tower, providing concrete for the structure and for the façade for the first seven floors.

At De Ceuvel, a polluted 1.2 acre former shipyard in the north of Amsterdam, a circular office park was created as a test lab. Dutch circular economy specialist, Metabolic, won the tender for the project, with a budget of just €500,000 and a 10-year lease. With “a bit of DIY and a lot of voluntary work”, the project demonstrated how it is possible to close the resource cycle, says Gerard Roemers, senior sustainability consultant at Metabolic. The company worked alongside Amsterdam-based architect and design company, space&matter.

A houseboat being lifted into place in De Ceuvel

A neighbourhood development project in Schoonschip in north Amsterdam is seeking to use similar concepts, this time for 47 households in 30 floating buildings. Again involving Metabolic and space&matter, the project started six years ago and the first buildings were put in place at the start of this month. As well as 100% low-impact and circular material management, it will include a smart grid, heat pumps, batteries, energy trading between households, and electric boilers, plus water self-sufficiency and local food production.

What can be learnt from the early projects? Cécile van Oppen at Dutch consultancy, Copper8, which was involved in the Stadstuin and QO Hotel projects, says time is critical – when a material stream becomes available, it needs to be reused quickly. Second, there needs to be transparency about the quantity and quality of the material, ideally as far in advance of it becoming available as possible to match it with demand. Third, the location is important as, clearly, transport costs will impact the viability of reuse.

The concept of digital twins has been around for a while but their true potential is realised if they are done on an integrated city-wide model. A digital twin is a virtual model of a process, product or service. Individual asset owners could develop digital twins of their own assets, with city authorities or independent third-parties providing an overarching framework and register so these can be combined into a single model.

Much of what’s needed in terms of the underlying information is now being captured, through official datasets that need to be recorded for regulatory reasons. Professor Arjan van Timmeren, chair of the environmental technology and design department of urbanism at TU Delft, estimates this at 60-70%.

In the UK, the Centre for Digital Built Britain’s Building Information Modelling (BIM) is an ideal data asset for new buildings. The biggest challenge, says Professor van Timmeren, is for pre-existing buildings. At the same time, there might be moments, such as during maintenance, when the information about existing buildings can be captured.

Utrecht-based Madaster has been building a public, online library of materials in the built environment. The cloud-based platform facilitates registration, organisation, storage and exchange of data. Each building has a ‘passport’, with this automatically generated if there is already a BIM. An initial rough valuation is provided by the system.

As well as creating a circular ecosystem, says Madaster’s Pablo van den Bosch, it can be used to track and trace materials and products, such as cladding. And it should provide transparency of what might be available in the future. So, for instance, if a housing association has demolition and building plans, the system can be used to map supply and demand. The platform could also be used to extend companies’ business models, says van den Bosch, to include maintenance and ‘harvesting’, in the same way that a car manufacturer does not merely sell a car and then disappears.

The platform is operational in the Netherlands and is planned for Switzerland, Norway, Belgium and Germany, with van den Bosch hopeful that it will also be applied to the UK, although the different rules and regulations in each country are a challenge. 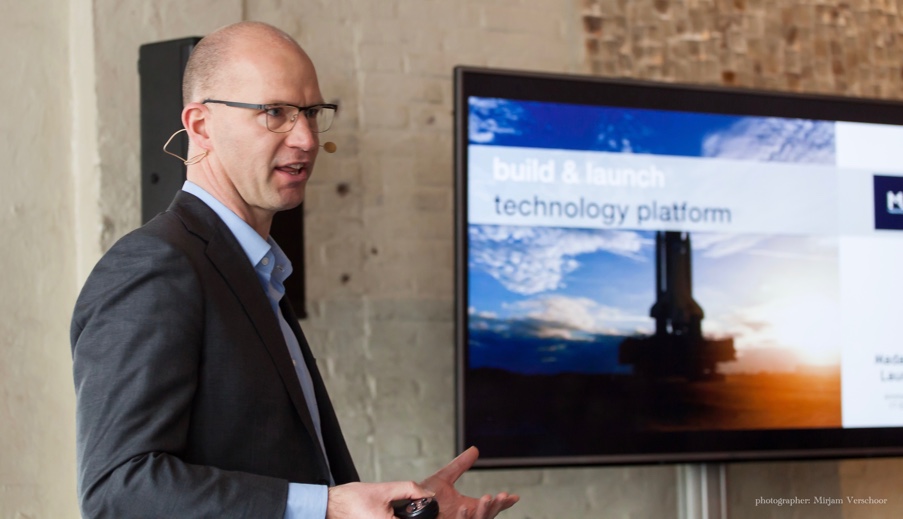 Prospecting the Urban Mines of Amsterdam and other projects

Elsewhere in the Netherlands, within a project called Prospecting the Urban Mines of Amsterdam (PUMA), a consortium of Leiden University, TU Delft, Waag Society and Metabolic has developed a methodology for estimating the metal content of buildings in Amsterdam. For example, there are tons of steel in high-rise buildings, copper in the cables, aluminum in window frames and gold in telephones.

In terms of who did what, Leiden University wrote scenarios of urban mining and a draft mining plan. TU Delft developed methods to deduce the metal content of buildings. Waag Society made a geological map of the built environment of Amsterdam. Metabolic worked to refine a methodology for estimating the metal content in residential buildings. The building’s age, height, and facade were used for an initial set of assumptions. Those assumptions were then tested with site visits, in which the metal content of the building was assessed on a building-by-building basis, with the model then refined.

There is also now the Excess Materials Exchange, another example of digital technology applied to the challenge of waste (click here). It constitutes a marketplace for companies to exchange excess materials and products, thereby matching supply and demand.

A whole linked topic is how best to construct today’s buildings with end of life in mind. This is likely to mean far fewer components and with these designed for modular assembly, potentially offsite, and then disassembly rather than demolition at the end.

Around the globe, there are projects to demonstrate this, such as Circle House, a Danish development of 60 general housing units in Lisbjerg outside Aarhus, which is due to be completed in 2020. It will comprise a range of building systems that can be assembled, disassembled and reassembled into other buildings while keeping their economic and aesthetic values intact. The objective is that 90% of the materials used for the buildings can be reused without losing significant value.

The aim in all of this, says Davide Stronati, global sustainability leader at engineering consultancy, Mott MacDonald, is to shift the paradigm from waste recovery to assets, components and materials management, joining up planning and end-of-life. In Amsterdam alone, Metabolic has estimated that around 2.6 million tons of building material per year becomes available, valued at roughly €688 million. That’s a lot of materials on the doorstep, rather than in ever more remote and exploited parts of the globe.