The ever-more pressing challenges of too little or too much water were debated at the recent ICLEI Resilient Cities congress in Bonn. There is an urgent need for action, as reflected only too well in the experiences of Cape Town

Whether too little or too much, water is a major issue for much of the globe. One in nine people lack access to safe drinking water, one billion people now live in flood-prone areas, and 3.6 billion live in areas with the potential for water scarcity. Combine this with increased demand for water, mainly for food production and energy, and it seems clear that this is one of the major challenges for society.

That increased demand was set out by Tim van Hattum, climate programme lead at Wageningen University in the Netherlands. More than 3000 dams are planned around the world, he said, while according to research, one-in-four cities of more than one million inhabitants is already water-stressed. Meanwhile, at 70 per cent of all water use, food production continues to be a massive drain on resources.

The experiences of Cape Town

Cape Town has made water-related headlines for all the wrong reasons over the last year or so as its dams ran ever lower and a succession of emergency measures were announced.

There were complex, interacting factors, said Jessica Kavonic, ICLEI Africa’s Cape Town-based climate change officer. The possibility of exceeding the water supply was raised as far back as 1990. Agriculture consumes 80 to 90 per cent of the area’s water and the increasing demand had seen dam levels decline each summer. Over the last 23 years, the population has increased by 79 per cent but dam storage has increased by only 15 per cent.

The initial drought was in 2015 but Cape Town’s water dependency plans were based on the stable climate of previous years. The uncertainty saw a lack of action. Desalination and other infrastructure was delayed, there was a lot of bureaucracy, a complex political situation, and pressure on policy-makers from protesters. And although disaster plans and policies were eventually put in place in Cape Town, in reality the authorities were not good at dealing with the actual situation, said Kavonic. 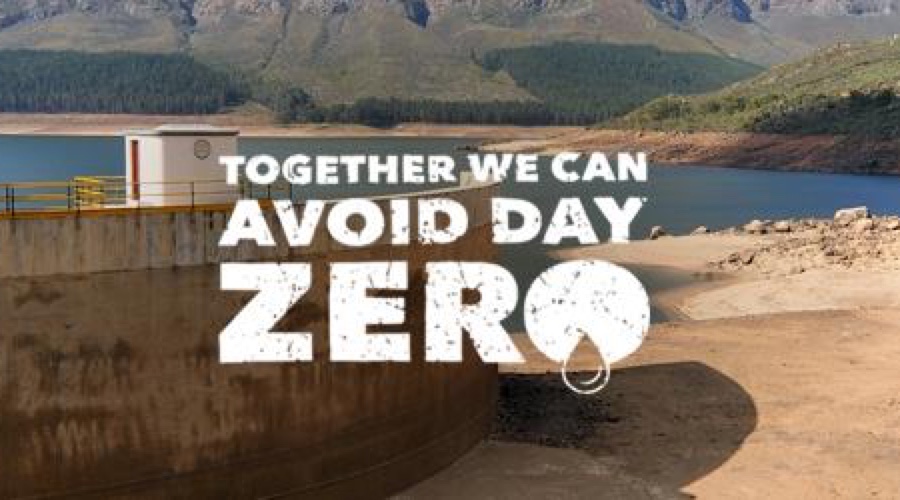 In May 2017, the first emergency measures were introduced, with a limit of 100 litres per day. In October, an emergency plan was announced which included potential further rationing and special powers for the local government to manage the situation. By January 2018, the situation had escalated to national government and the following month the daily ration was reduced to 50 litres.

Preparations were made for ‘day zero’ whereby some communities would lose their supply altogether, having to switch to standpipes and bottled water. ’50 litres a day keeps Day Zero away’ was the city council’s rallying cry and a water map was launched in early 2018 which shows water consumption per household. The water map marks residential properties using less than 10,500 litres per month with green dots.

By this stage, the communications had improved considerably, said Kavonic. She sees a wider African challenge, with city officials unable to keep up with demand and a lack of coordination across the continent. Around 70 per cent of the population in Africa will be urban in the short-to-mid-term and the majority of informal settlements are along waterways, as this has been where land was available.

The situation in Cape Town was aided by farmers releasing ten billion litres from private dams when the severity of the situation became clear, but there is still the requirement to do things on a far more sustainable level and an estimated 30,000 people lost their jobs in the agricultural sector because of the loss of production due to drought.

Behaviour change is needed, said Kavonic, which in turn requires better communications about climate change. This shouldn’t be stifled by uncertainty: it is important to say, she believes, ‘we don’t know everything but here is enough information for you to make a decision’. Civic society has a big role to play, she feels, as in South Africa there is a tendency to blame the government for everything.

There is also a pressing need for better coordination at the government level. A lot of areas, such as bore hole management, reside with central government but there was very poor leadership, said Kavonic. While central government should have implemented the bulk of the measures, most of the work ended up with the local authorities.

In Cape Town there is now a green infrastructure map with a lot of planned nature-based schemes and with water on every agenda, said Kavonic, while Wageninen University is working on ‘climate-smart agriculture’ schemes. Nature-based solutions also bring benefits in areas such as quality of life, recreation and air pollution. “It is so easy to have co-benefits with nature-based solutions,” she said. Fundamentally, there has also been a big increase in the cost of water in Cape Town, by a factor of about ten.

In terms of communication, it is now important to maintain the behaviour changes as “this will be the new normal for Cape Town”, said Kavonic.

At a nitty-gritty level, there is usually a lot that can be done to make much better use of the water that is already in the system. A USAid-backed project in Uganda has been looking at climate change adaptation, biodiversity conservation and, as a sub-project, water supply, sanitation and hygiene (dubbed WASH).

Tetra Tech has focused on ‘no-revenue water’ – in other words, the water that is lost or is unaccounted for in the system. This can stem from leakages as well as poor metering, bad bill collection and illegal use.

The average non-revenue water in East Africa is estimated at 37 per cent (33 per cent in Uganda), said Scott McCormick, Tetra Tech senior associate, land and water resources. Working in the Jinja and Iganga communities in south-east Uganda, the loss was reduced from 45 per cent to 20 per cent (the World Bank standard is 25 per cent), revenue increased by $650,000 over 18 months, and response times to leaks fell from twelve to two hours.

It achieved this in part by working with the communities, including through better communication, such as via 25 radio programmes and presentations to 70 churches, mosques and synagogues. There was also the introduction of intelligence monitoring software to better identify leaks, mobile meter reading for staff, which included online billing, and better arrears management and investigation of illegal use (150 instances were found).

Importantly, said McCormick, the project has also changed the culture at the water utility, so that its staff now have much better customer awareness and provide much better services as a result. The intention is to replicate the model elsewhere in the country.

Energy requirements will increasingly compete for water with food production and domestic use, said van Hattum. Meanwhile, flooding is increasing, whether coastal or from rainfall (urban floods are now costing more than $30 billion per year) but there is also rapid encroachment of deserts and shrinking aquifers that threaten communities and food production.

A much more integrated approach is needed, said van Hattum, that embeds the water cycle within urban planning. The “symbiosis between the city and the landscape” is something that has been forgotten of late. 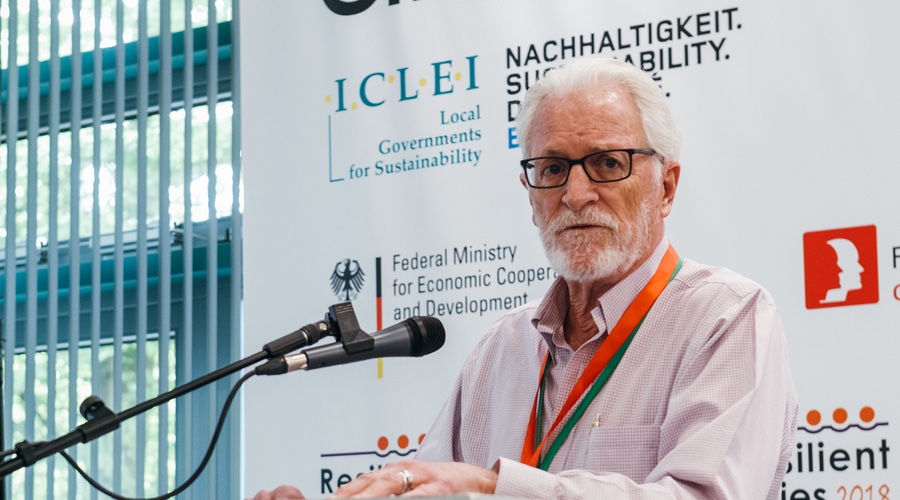 There needs to be landscape-based adaptation including the restoration of degraded ecosystems; nature-based solutions for cities; and closed urban water cycles, whereby use is reduced and water is reused and recycled.

In river basins, he sees a role for “climate-smart forestry” and a reconnection between rivers and flood plains. He pointed out that over 70 per cent of wetlands have disappeared in the last 100 years, with a need to reinvest in these.

As an example of what can be achieved, van Hattun cited the Dutch “Room for River” programme to increase flood plains. Under this, one project has seen a 2200 hectare flood plain created to protect Groningen from flooding. This has created a large nature reserve and, at €40 million, has been much cheaper than other options, such as major construction of dykes.

In cities, he envisages green corridors, walls and roofs, but with a need to do this on a big scale. Again, he points to the additional benefits, including creating urban micro-climates, improving biodiversity, improving air quality and the quality of life, and increasing property values.

The theory is fine but what is required for mainstream adoption? There is a need, said van Hattun, to identify the risks and opportunities, both for today and into the future. There is then a need to identify a vision for all stakeholders, followed by a co-created adaptation plan which can be turned into specific deliverable measures.

There needs to be an evidence base and sharing of best practice and successful case studies. “Every project we do should be a living lab,” says van Hattun, with a continuous cycle of learning and improving.

Last but not least, van Hattun called for urgency, with the hope that water-related issues will move up ICLEI’s agenda. The term ‘water-smart city’ is starting to be used but, “whatever you call it, I think it is really urgent we start doing this”.