The mayor of the West Midlands Combined Authority (WMCA), Andrew Street, has launched an ‘Urban Challenge’ initiative aimed at start-up companies with solutions for homelessness, wellbeing, youth unemployment and digital citizenship challenges. The intention is to select one company in each category for a three-month funded pilot with the WMCA, plus a £10,000 prize. Applicants can sign up here:

The launch was yesterday at the Urban Tech Summit at the Custard Factory in Birmingham (the previously derelict Victorian era Bird’s factory on a 15 acre site which is now the focus for a new creative and digital business sector at the heart of the regeneration of the city’s central Digbeth district).

Street, who was elected in May as one of the UK’s six new metro mayors and is ex-John Lewis, cited the region’s leadership in previous industrial revolutions and the belief that “we can lead again”. He claimed the West Midlands has the largest cluster of digital businesses of any of the metro regions, outside of London. His successful election bid included a separate digital manifesto centred on skills, connectivity, business support and communication – “telling our story to the world”.

Street cited the region’s diversity and expertise such as University of Birmingham’s drug testing research and University of Warwick’s Warwick Manufacturing Group, plus recent developments including the HS2 rail link and government funding for testing autonomous vehicles on public roads in Birmingham, Solihull and Coventry.

Applicants for the Urban Challenge will be evaluated by a panel of experts. The WMCA is partnering with Public.io, a venture capital firm that helps start-ups break into the public sector. Public.io is providing the four £10,000 prizes plus mentoring and other support. There is also backing from Amazon Web Services, which will provide AWS credits, training and support. There will also be workspace provision during the three-month pilot from WMCA.

The four areas of challenge were kept deliberately open, said Street, to encourage a wide range of applicants. He felt ‘digital citizenship’ was the least precise and the hardest to predict in terms of the solutions that might be proposed. The three driving forces for the initiative, he said, were better public services for citizens; capturing new ideas and creating new intellectual property; and creating a thriving local sector for innovation. Digital is “the golden thread” running through all sectors, he said. 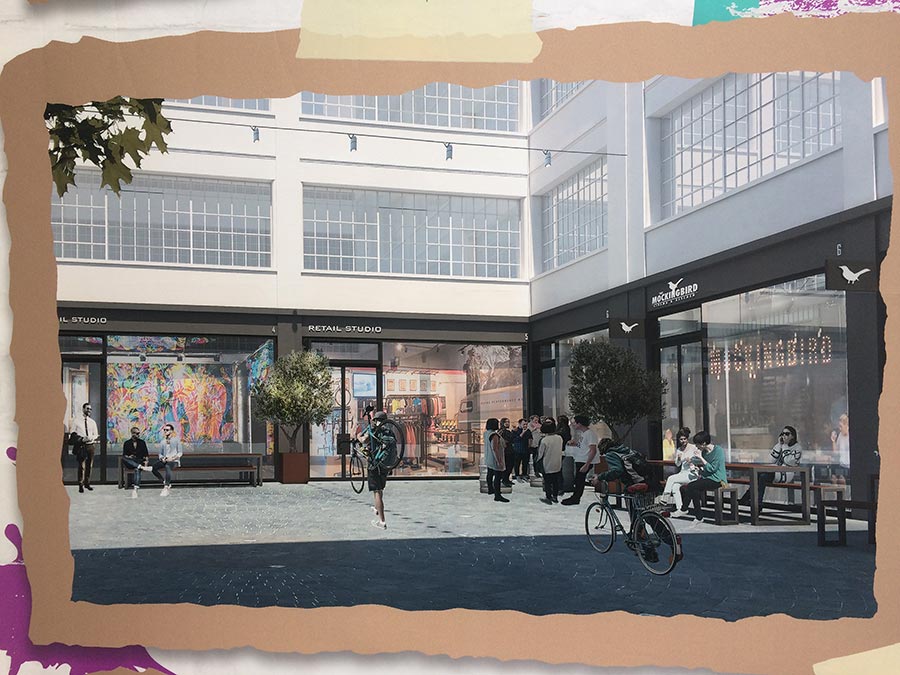 The Custard Factory: An artist’s impression

Putting this in context: The UK government’s strategy

Street was preceded by the UK government’s secretary of state for communities and local government, Sajid Javid, and was followed by Javid’s newly appointed chief digital officer, Paul Maltby.

Javid promised “a new vision and a call to arms” for digital innovation in public services in Spring next year. He felt digitalisation in local government no longer “belonged in the basement”, with a need to move away from a default of “15 year-old contracts with the same old vendors”. He cited estimates from innovation foundation, Nesta, of potential annual local government savings of £15 billion from better use of technology and gave the example of councils rekeying more than half the data that residents now provide to them online. At the same time, Javid warned the tech sector that they had to accept that local government will be more risk averse than the commercial sector. Areas such as social care and child protection cannot be used “as a sand-box”, he said.

A degree of realism was later provided by Nesta’s director of government innovation, Eddie Copeland, who pointed out that to innovate, local authorities need “time, money and people”, three commodities that budget-starved UK councils lack.