According to a study by the World Bank, Sub-Saharan Africa, South Asia and Latin America could see 143 million people internally displaced as a result of climate change by 2050.

That stark prediction could be reduced by more than 80 per cent under the World Bank’s ‘climate-friendly’ scenario but that would need urgent action. In fact, even though there is a chance the numbers can be reduced, the situation could be worst still.

First, the study only considers ‘slow onset’ factors, such as crop failures, sea level rises and water availability, rather than severe weather events. It has also not factored in cross-border migration. At present, the work has only been for part of the globe. And its predictions are aside from any other migration, such as from economic, social, political and other environmental causes.

The report, ‘Groundswell – Preparing for internal climate migration’, came about because the World Bank wanted to put the spotlight on the movement of people within countries, said Viviane Clement, climate change specialist at the Washington DC-based bank.

Discussing the study at last week’s ICLEI Resilient Cities Congress in Bonn, Clement said that, compared with cross-border migration, which has had a lot of attention of late, internal migration could be greater by a factor of three.

Across the regions, the analysis suggests 86 million internal migrants in Sub-Saharan Africa, 40 million in South Asia and 17 million in Latin America. 2050 was chosen as a long-term horizon to provide policy-makers with the chance to plan, she said, and the study looks at both ‘out’ and ‘in’ hotspots – in other words, not only where people will move from but also their likely destination. 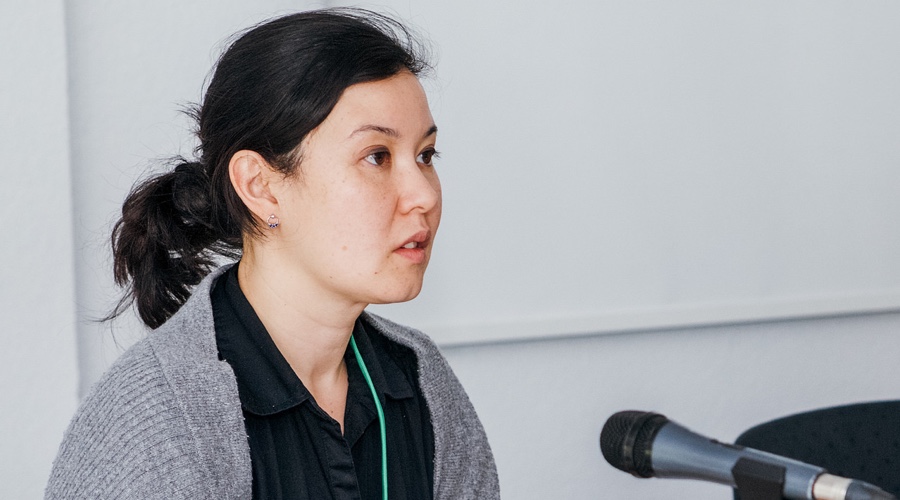 Modeling was done to the level of a 14km grid cell, then aggregated to the country level and then to the regional and sub-regional level. There was a drill-down into three countries to contextualise the findings: Ethiopia, Mexico and Bangladesh, with this work including local consultations with both government and civic organisations.

The numbers on the move will ramp up steeply to 2050, said Clement, and will worsen beyond this date, hence the urgent need to act now. “Climate migration is the human face of climate change,” she said, and it will be the poorest and most vulnerable that will be hardest hit.

The High-level Impact on Three Countries

In Ethiopia, it is expected that Addis Ababa, in the country’s agricultural heartland, will experience crop vulnerability and, even though it might see an overall rise in population, it is predicted to be an ‘out’ hotspot. This will put pressure on the country’s secondary cities.

In Bangladesh, the coastal cities of Chittagong and Dhakar will be hit by sea level rises and storm surges, with up to eight per cent of the low-lying land likely to be lost. There needs to be consideration not only for those that move but also for the population that remains in place – “this is a key point for consideration”, said Clement.

In Mexico, the modeling suggests a continued trend of urbanisation and rural depopulation, with migration to the urbanised central plateau around Mexico City. 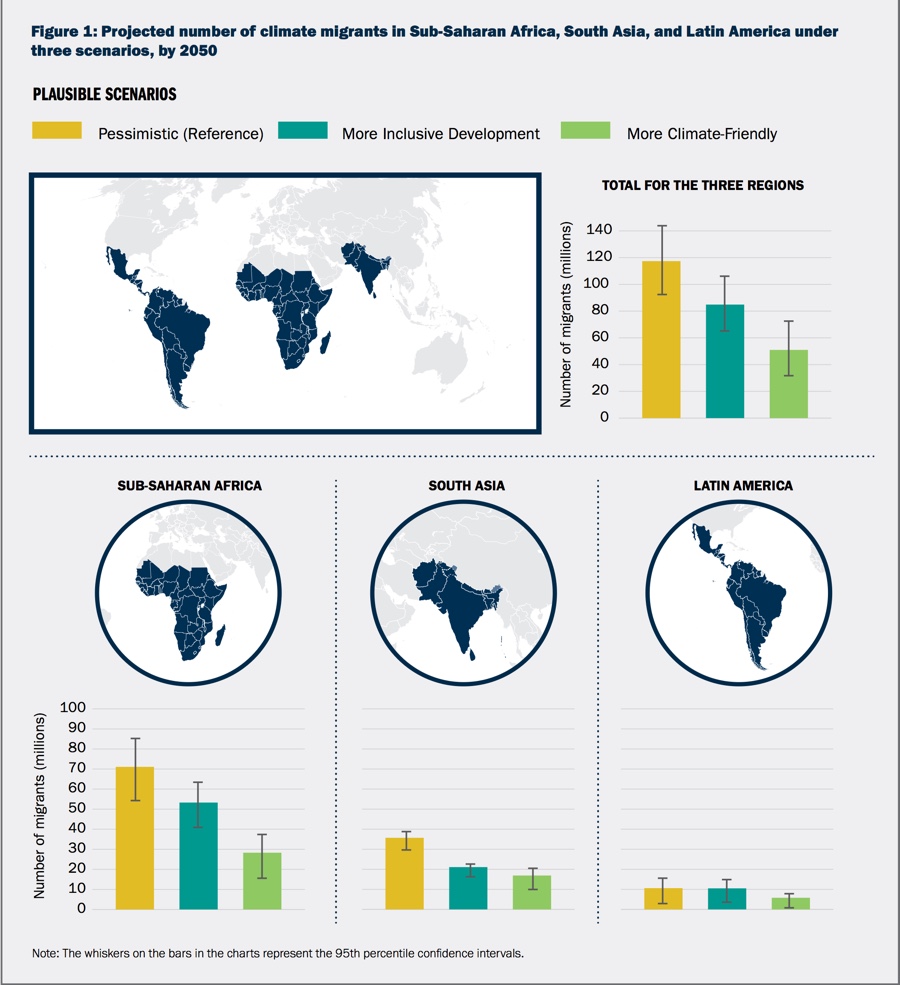 “The importance of early action cannot be emphasised enough,” said Clement. This includes cutting greenhouse gas emissions and embedding climate migration into resilience planning for all phases of migration – before, during and after.

Cities will need to plan differently and it will be highly contextualised, so they might see both in and out migration, as has happened in some parts of Mumbai and Karachi. They can strengthen their adaptive capacity for influx, including housing, transport systems, social services, education, training and employment.

One key consideration will be social cohesion. In Syria, it has been suggested that poor urban planning, which saw internal migrants move into badly designed enclaves on the edges of cities such as Homs, resulted in the breakdown of the cities’ previously multicultural fabric and contributed to the country’s crisis (see the work of Syrian architect, Marwa al-Sabouni).

In the discussion of the report findings at the Congress, Linda Beyer, who has worked with UNICEF and the International Development Research Centre for the past 15 years across Sub-Saharan Africa, observed that in other countries, such as Somalia, there are ethnic and clan complexities that mean displaced people can end up being displaced again, as has happened in Mogadishu. “Often there isn’t an equal response, there are dynamics underneath.” The sheer complexity of national, regional and local governments in many countries can also act against a concerted effort, so too the short-termism of many politicians.

Even if the emissions targets of the Paris Agreement are met, the world is already locked into some internal migration, said Clement. Indeed, it is under way. This is either – mostly – unmanaged but also, typically in developed countries, managed by local, regional and national governments, such as is happening in Fiji and Louisiana.

There are many potential follow-ups to the study, Clement concluded, including how to make the findings “actionable”. It could be extended to the rest of the globe and the methodology could be refined for particular scenarios, such as small island states. The methodology could also be enriched, adding in economic criteria, for instance.

It complements other studies, such as a World Bank report on how climate change will impact quality of life in seven South Asian countries (https://openknowledge.worldbank.org/handle/10986/28723), and the Open Cities project (http://www.opencitiesproject.org/), looking at geospatial mapping to building level to identify where populations and infrastructure are most vulnerable.

Sometimes it can seem that there is more analysis than action around climate change and resilience. However, the World Bank study looks an important one, adding insights into an often ignored but potentially massive part of where the world is heading, if warnings such as this are not heeded.
The report can be downloaded here: http://www.worldbank.org/en/news/infographic/2018/03/19/groundswell—preparing-for-internal-climate-migration
By Martin Whybrow|2018-05-01T19:46:41+01:00Apr 30th, 2018|Economy|0 Comments