73 Cows: How one farming couple opted for compassion

When filmmaker, Alex Lockwood, heard about the farming couple who decided to take their cows to an animal sanctuary rather than to the slaughterhouse, he instantly had a feeling that it was a great story. He also assumed, therefore, that documentary makers would be lining up to cover it. The rest is history… albeit with at least one more possible twist to come. Alex’s resultant 15-minute film, 73 Cows, is shortlisted for a British Academy Film Award (BAFTA) in the British Short Film category, with the winner to be announced at this Sunday’s ceremony.

When Alex contacted the famers, Jay and Katja Wilde, no one else had approached them. “They were happy to do whatever filming we needed, which was great,” says Alex. “They were so accommodating.” While there had been online reporting, an initial meeting with the couple was enough to tell there was a lot more to it than had been written to date. Much of the coverage had viewed it merely as a “quirky story”, says Alex, along the lines of, here are some people doing a weird thing

The documentary shows the emotional pressures that came from the Wildes’ attachment to their animals. This ultimately built to a point where those emotions trumped the understandable caution and economic considerations. The enormity of the decision and resultant sacrifice and how it affected their lives is a major focus of the film. In the film, Katja talks of Jay being “trapped in the situation… it was absolutely destroying him…” 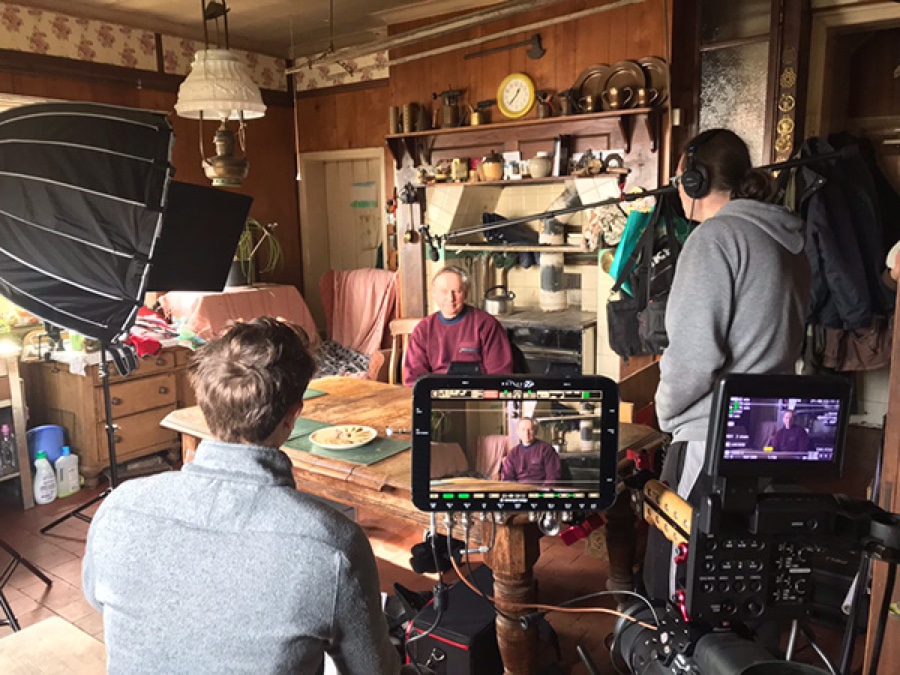 Jay Wilde inherited the 172-acre Bradley Nook farm in Derbyshire from his father in 2011. He moved from dairy farming to organic beef production, believing this to be less harmful to the cows but this still involved taking them to the abattoir. Seeing cows as individuals with feelings and personalities, this brought the ultimately radical decision to give most of their herd to the Hillside Animal Sanctuary (keeping a small number as pets) and taking up vegan organic agriculture instead.

The Wildes are a lovely couple, says Alex, and were the most helpful interviewees that he has encountered. With no media training, they were completely sincere in everything they said, something that comes across clearly in the film and gives it much of its power.

The main expense in making the film was petrol money to cover visits to the farm over six to seven months for Alex and his two cinematography and sound colleagues. Alex started filmmaking while at school and, now 30, has done so professionally for the last eight years.

The intention was always to try to have it shown at the UK’s indie film festival, Raindance. As independent filmmakers with no budget, success in gaining the screening here was itself “a really nice moment”. However, films that premier at Raindance qualify for consideration for the BAFTAs. So the news that 73 Cows had made the long-list for these brought another level of excitement.

Alex admits to a sleepless night ahead of the announcement in early January of the shortlist nominations and then, at 7.30am, struggled to find them. It was his mum who called with the message… “I don’t want to get your hopes up but…” Alex still thought there might have been a mistake on the website but then came the confirmation.

The full documentary had been online but, based on the BAFTA licence conditions, has had to be taken down until after the awards. A trailer can be viewed here – https://lockwoodfilm.com/73-cows. Alex, who is vegan, is now deciding what to do next, with a number of potential projects and with the nomination having opened additional doors but, for now, it is a case of enjoying the moment and seeing what happens at the Royal Albert Hall on Sunday.