When considering sustainable mobility, freight logistics can often seem like the poor relation. But of course it is a significant part of the emissions picture. Now ICLEI, the local governments sustainability network which takes in 1,750+ local and regional governments, is creating a dedicated workstream to try to bring more focus to this area.

Tsu-Jui Cheng, programme manager and global coordinator of Sustainable Mobility at ICLEI, says, “Over the past few years, as we have been working with cities on urban mobility, the more we worked with them, the more we realised there was something flying below the radar and that was urban freight”.

ICLEI’s head of global communications, Ariel Dekovic, adds: “We are driven by what we are hearing from our network.” This led to the new initiative, EcoLogsitics, to complement ICLEI’s EcoMobility, which promotes “people-friendly, climate neutral and socially inclusive mobility options”.

The freight-related challenge is only likely to worsen. According to recent research from the International Transport Forum (ITF Transport Outlook, 2019), global freight volume will triple between 2015 and 2050 based on current demand, while continued rapid growth in e-commerce could see increases in freight-related emissions of four per cent. 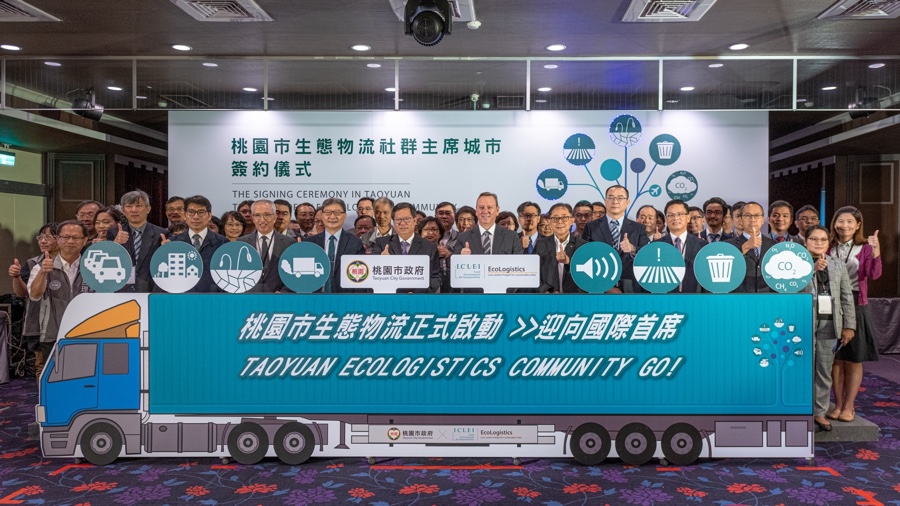 Cheng describes Taoyuan City as “a hotch-potch of everything”. It is situated in the north-west of Taiwan and started as a satellite city of the Taipei metropolitan area. It is now the fifth-largest populated city in Taiwan.

Speaking at the launch event, the Mayor of Taoyuan City, Wen-Tsan Cheng, said: “Taoyuan City is the national leading logistics hub and its comprehensive logistics industry brings enormous prosperity to the city’s industrial and economic growth. However, this prosperity also comes with various environmental downsides such as air pollution, noise pollution, congestion, waste pollution, road degradation, GHG emissions and so on.”

Freight activities are typically commercial, so are seldom under municipal control. This means policies around areas such as transport and urban land use often overlook freight. One area of focus for EcoLogistics, says ICLEI’s Cheng, will be how to better integrate it with municipal policies.

While there are large players, such as DHL and UPS, much of the sector is fragmented. This is particularly the case in Asia and Latin America, says Cheng, where perhaps only 30-40 per cent of logistics are in the hands of the big companies. In Taoyuan – “this is quite common” – there is not a clear idea of the number of providers, he says. Estimates are anywhere between 1800 and 3000. 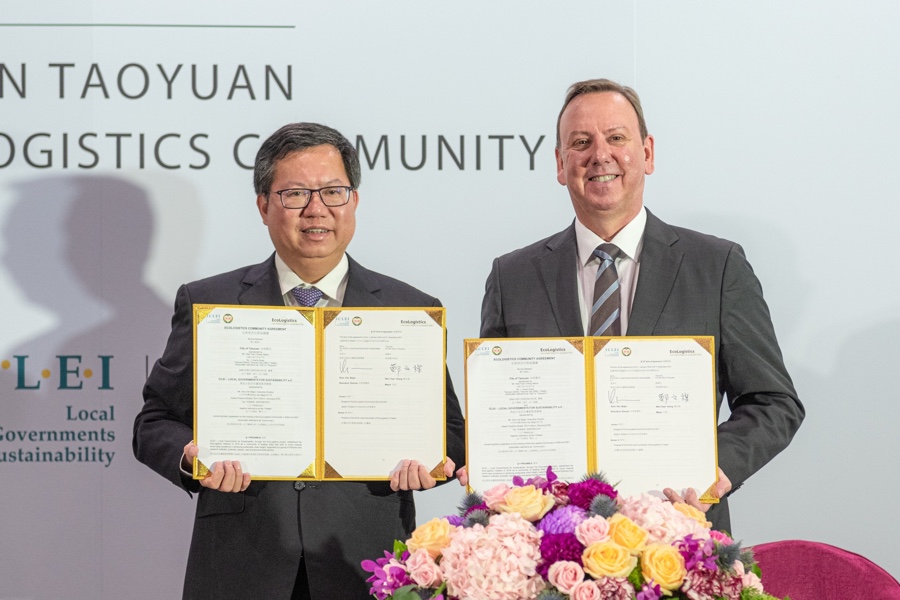 Over a couple of years, the aim is to design indicators to help cities assess a baseline for their urban freight activities, analyse CO2 emissions and other environmental impacts, and then map performance against this. Cheng expects working groups, a platform for peer-to-peer exchange and collaborative expert pools. “We want to bring awareness up to the surface.”

The network will also look at how freight logistics can align with achieving the UN’s Sustainable Development Goals (SDGs) as well as the Nationally Determined Contributions (NDCs) from local governments.

In Taoyuan City, there are three initial likely projects. The first is centred on “last mile” logistics in an old area that is heavily pedestrianised and attracts a lot of tourists. Much of the logistics-related innovation to date has been on last mile, in cities such as Gothenburg, Manchester, Hamburg, Dublin and Paris and by the large logistics companies themselves – https://smartercommunities.media/989/

Second, there is a plan to pioneer “green warehousing”, which would involve potentially a large number of stakeholders across the public and private sectors and would span areas such as sustainable storage and buildings, better use of materials, reduced energy use, more sustainable packaging and last mile delivery. 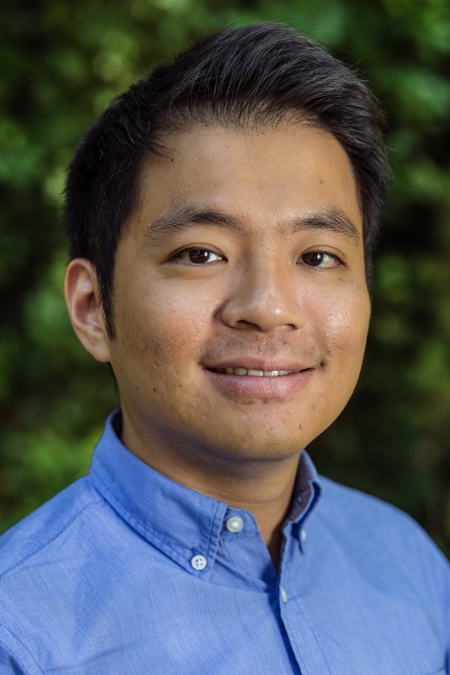 The third identified focus will seek to set up a demonstration site for best practice in areas such as smart fleet, route and traffic management in the Aviation City zone near the airport.

In terms of other cities joining the new network, there will be a move to promote the initiative and it is always good to have new recruits, says Cheng. He expects a particular take-up from the Asia Pacific region due to similarities in countries such as Japan, South Korea and China with Taoyuan City. However, network members need to be actively engaged, with clear reasons for dedicating resources. He envisages thematic working groups with well-defined goals that will be “very relatable” to the every-day work of the participants.

Cheng emphasises that EcoLogistics will build on established initiatives, ongoing international programmes, and existing experience and expertise within ICLEI’s global network. Nevertheless, it is clear that there will be a new dedicated focus on this area, seeking to put it firmly on – rather than under – the radar.
By Martin Whybrow|2019-11-29T09:11:19+01:00Nov 28th, 2019|Economy|0 Comments